Companies named and shamed for false ads related to coronavirus 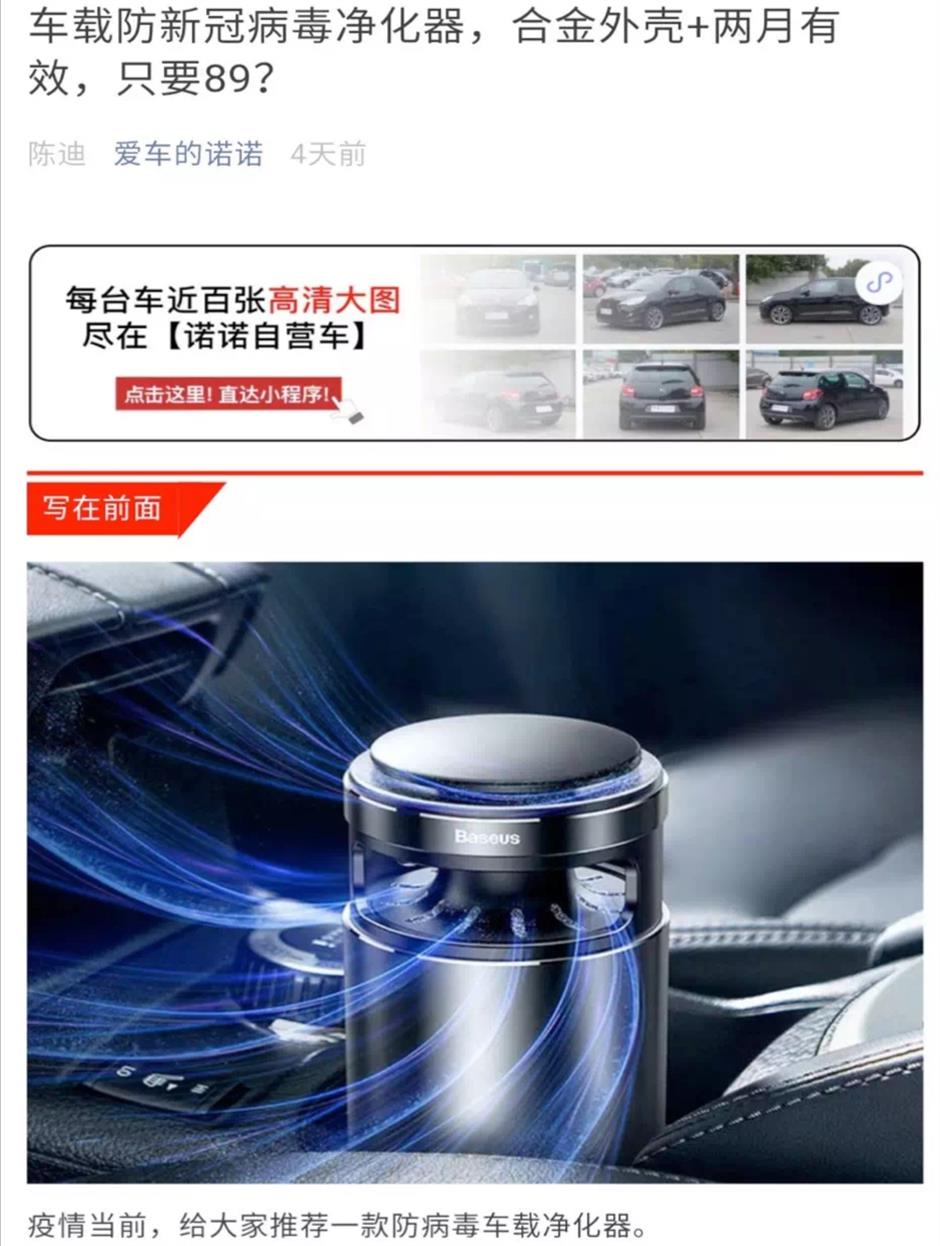 Shanghai auto product manufacturer NuoNuo Co has been fined 600,000 yuan (US$84,383) after it was found claiming in a WeChat post that its car air purifier contained chlorine dioxide and could eliminate the coronavirus, the Shanghai Administration for Market Regulation said.

This was a false claim, authorities stated, as the purifier cannot keep out the virus.

Cosmetology and salon chain Shanghai Wenfeng has been fined 500,000 yuan for promoting a liquid essence as having anti-viral, anti-inflammatory and anti-bactericidal effects on its WeChat account, the administration said.

The product is a normal cosmetic and the ad was a violation of advertisement laws, the administration said.

Shanghai Langfeng Co was fined 200,000 yuan by the Putuo District Administration for Market Regulation for promoting common protective glasses as being for medical use.

Shanghai Zhongyu Internet Science and Technology Co was fined 180,000 yuan for claiming that the vegetables it sold had medical properties which prevented the common cold, reduced cholesterol and cured neurasthenia, the Songjiang Administration for Market Regulation said.