Eyes on Shanghai
Shot by Ma Xuefeng and Hu Jun. Edited by Zhong Youyang. Subtitles by Emma and Andy Boreham.

Dance drama “Crested Ibises” returned to the stage for the first time on Tuesday night after the Shanghai Dance Theater was closed for almost five months due to the COVID-19 pandemic.

The performance also launched an anti-pandemic non-profit performing season sponsored by Shanghai Foreign Affairs Office, Shanghai People’s Association for Friendship with Foreign Countries and Shanghai Media Group to pay tribute to all those fighting the pandemic on the front line and other countries facing the crisis.

Only 280 people were in the audience at the 1,074-seat theater due to the regulations that limit audiences to 30 percent of capacity to prevent cross-infection.

The audience included medical staff who served in Wuhan, former epicenter of the pandemic, foreign consular officials and representatives from all walks of life who contributed to Shanghai’s anti-pandemic efforts.

Zhang Xiaosong, director of the foreign affairs office, said: “As one of the first since public cultural events were suspended in late January this year, the show tonight marks not only the reopening of Shanghai’s cultural and performing arts sector after being closed for nearly five months but also a return to the colorful cultural life we had before the virus struck. Together we will again relish the unique charm of Shanghai, an international cultural metropolis.”

He added: “It is also an expression of gratitude to our international friends including you, consular officials in Shanghai, for all kinds of support to our COVID-19 response over the past few months and an illustration of our confidence in beating the virus and living a better life.” Zhong Ming, of Zhongshan Hospital’s intensive care department and the first expert to rush to Wuhan, said: “So many people are here tonight to enjoy the drama, which is a symbol that we’ve made progress in controlling the virus and the life of local citizens is returning to normalcy.”

Fernando Velloso, a researcher with Brazilian investment promotion agency Invest SP, said he felt honored and excited to be at the performance.

“I feel very good that the situation is much better than in February in Shanghai, in Hubei, in China, everywhere,” he said. “Everything is normal here now, expect for the masks, health codes and temperature checks. There are still virus control measures, but I think it’s important to have these things.” 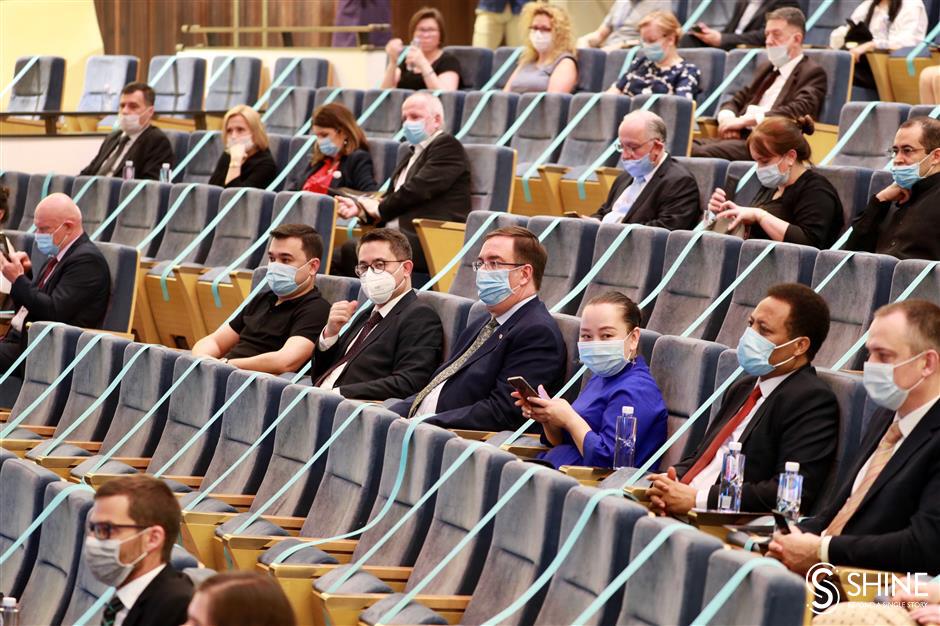 He said his family and friends are well in Brazil, the second worst hit country, and he hoped the situation there would return to normal soon.

“Though we had suspended performance, we’ve never stopped practicing and preparing for this moment,” she said. “Being able to start performing, we are sending out a message that the situation here is stable. As COVID-19 is still raging across the world, we hope all the people around the world can hold confidence in fighting the pandemic. I hope the crested ibis, the propitious bird, will disperse the haze of the pandemic.” 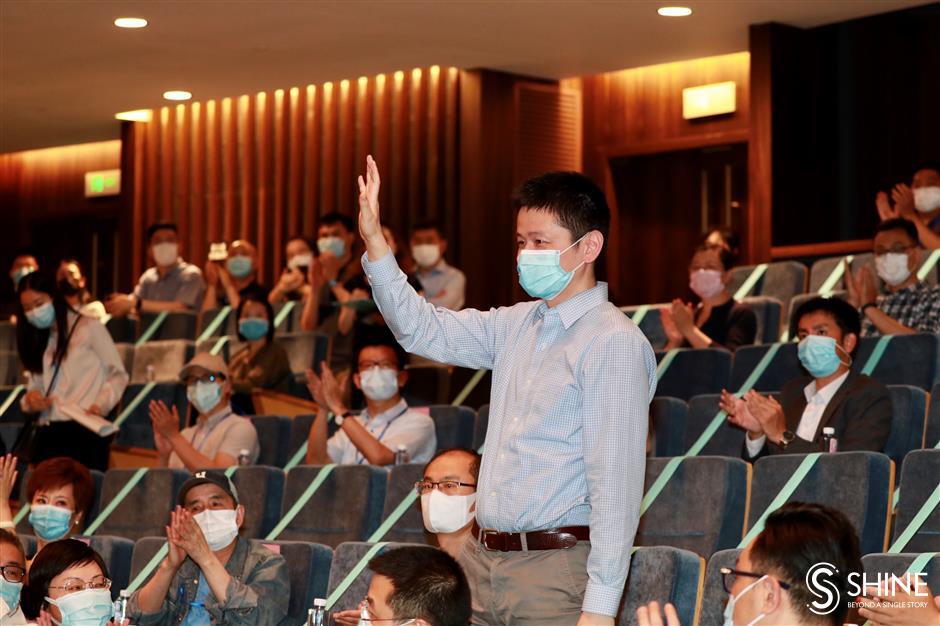 Zhong Ming, of Zhongshan Hospital, was among the first medics sent to Wuhan, former epicenter of the coronavirus outbreak.

Wang Jiajun, the theater’s premier dancer, said: “It has been nearly half a year since my last performance of ‘Crested Ibises’ in January, and this performance is to honor medics who have been fighting the virus on the front line and our international friends, so I was extremely excited just now when dancing on the stage. The crested ibis is a symbol of peace and good fortune and the drama has the theme of harmony between human beings and nature. I hope it can bring fortune to everyone.”

Wang said he had been worried it would be strange to see so few people in the audience. “But when the curtains came up and the lights were turned on, I saw the enthusiasm in the eyes of the audience and I could almost hear them breathe,” he said. “I think it’s a start to symbolize that our life is returning to normal. I believe more and more performances will come back, more and more people will come into the theaters. All the theaters in the world are waiting for that moment.”

The SMG Performing Arts Group said its eight theaters and art troupes will stage more performances over in the next two months for medical staff and those in other anti-pandemic posts to enjoy. 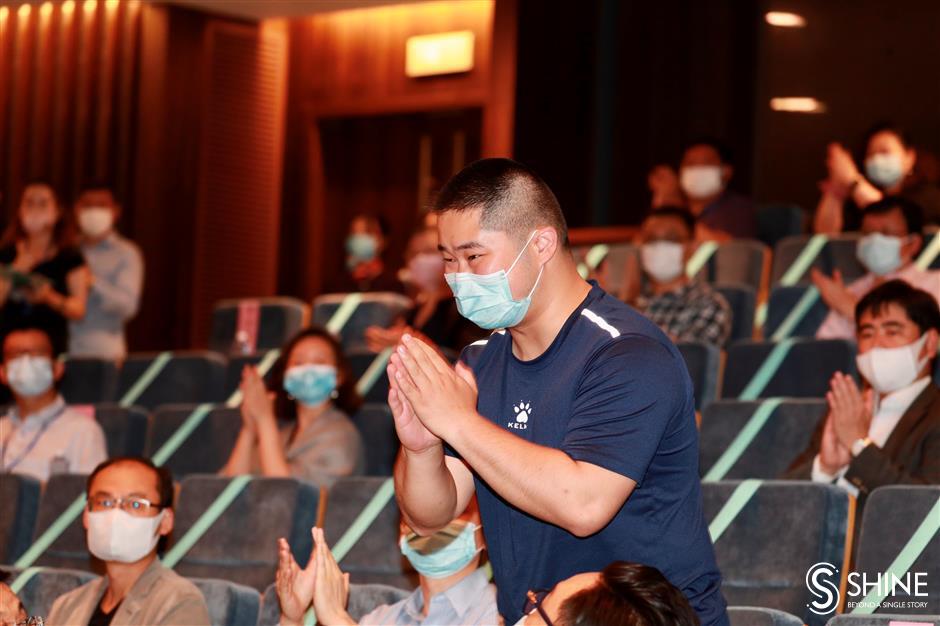 Liu Kai, a doctor from Zhongshan Hospital, was a member of the fourth medical team sent to Wuhan from Shanghai.