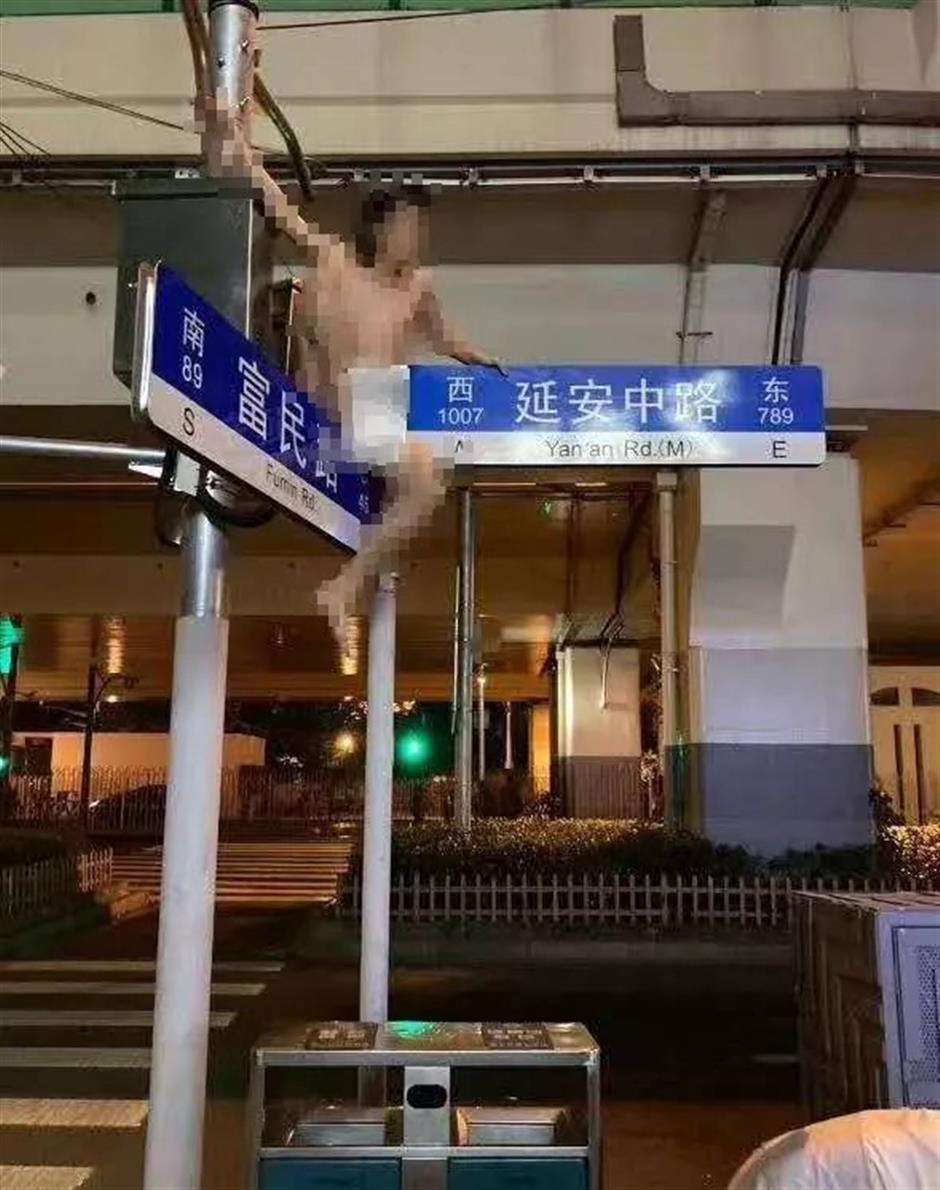 A picture taken by a passer-by of the naked man.

A man who posed naked in a downtown Shanghai street has been detained, police said on Friday.

The incident took place on the early morning of June 2 at the intersection of Yan’an Road M. and Fumin Road in Jing’an District.

Xu, 25 years old, had been drinking with friends at a bar earlier that night, police said.

He wasn’t mentally ill and hadn’t taken drugs, they said.

Meanwhile, a 26-year-old man surnamed Li has been detained for five days for faking a picture of a police officer taking a photograph at the naked man.

In the original picture, the police officer was taking a picture of the road sign onto which Xu climbed for evidence after Xu had been taken away by the police, they said. 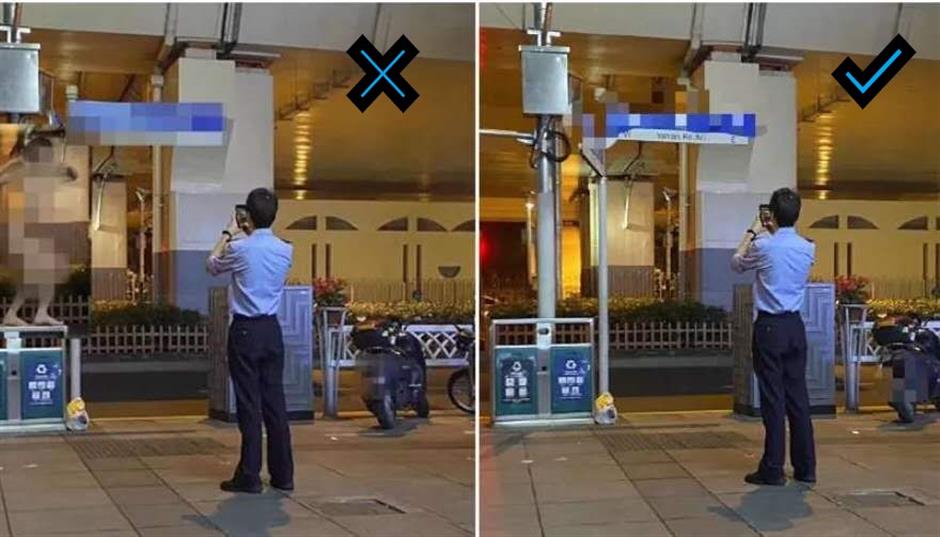 The fake picture (left) and the original on the right.