Pick a winner with excursion to blueberry fields 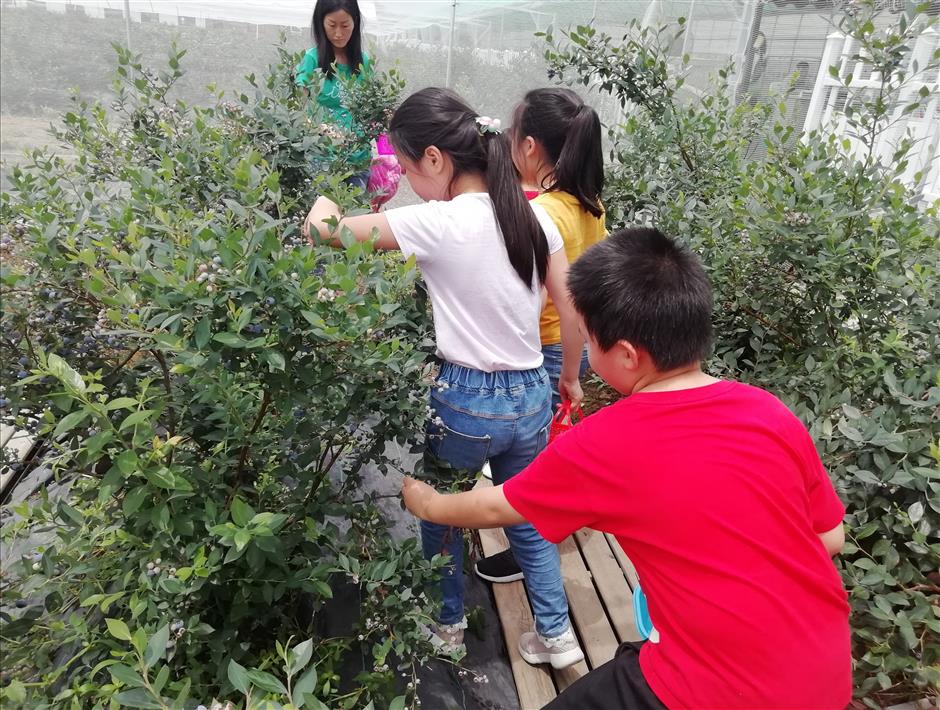 Children pick blueberries at the Qingpu Modern Agriculture Park over the weekend.

There's plenty of work to do.

Blueberries have ripened at the Qingpu Modern Agriculture Park, the venue of the event. It boasts 800mu (533,600 square meters) of blueberry fields with 26 varieties of the fruit. Located in Liantang Town, it has a blueberry culture experience garden covering more than 500mu of land.

During the opening ceremony, tourists sampled the juicy fruits which have a combination of sweet and sour flavors.

There were also performances of folk songs and a seminar by experts and professors on the development of Qingpu's modern agricultural industry.

An agreement was signed between Shanghai Zizai Qingxi Agriculture Development Co and Shanghai Jiao Tong University to provide scientific and technology support for the production and operation of agricultural products.

A live-streaming broadcast to promote blueberries was held at the park over the weekend.

During the blueberry picking season, tourists will be invited to experience making blueberry products like juice and jam. There will also be outdoor games and barbeques.

The park also features a green rice processing and storage center and an agricultural waste treatment center. And there is 1,000mu under grape, peach, and organic vegetable production.

The picking season will run through July 10.