A music video carrying blessings for the world has been produced by Shanghai People’s Association for Friendship with Foreign Countries and SMG Performing Arts Group with a group of Chinese performers.

The 15 performers invited by Shanghai Musical Art Center jointly sang the song “We are the World” by Michael Jackson, as everyone in the world stands together in solidarity against COVID-19.

In an interview with Shanghai Daily, three of the performers, Xia Zhenkai, Li Weiling and Zhou Mohan, shared their experience of this unforgettable journey.

All three immediately accepted with delight after being invited, as they took this as an opportunity to show support in a unique way.

“The theme of this song is really motivating, that we are living under the same shelter and we are the children of our Mother Earth," Li said. "I feel like we are all in this together and we are all equal regardless of races and borders."

Zhou added: “As a huge fan of Michael since I was little, I’m so thrilled and honored to join this video so that my heart could go out to those who are suffering and fighting the disease currently in the world."

He said that performing after two months’ social distancing was as good as “rejoicing with families.”

“After walking into the theater, I thought to myself, ‘I’m finally back home.’ This is where we belong to," he said.

Xia also admitted it was good to be back on stage in this way after the pause in performing since the outbreak of the virus.

“Even though we are not on a real stage, it still feel like performing,  in another way of interaction that has no bounds and reaches the yonder,” said Xia. 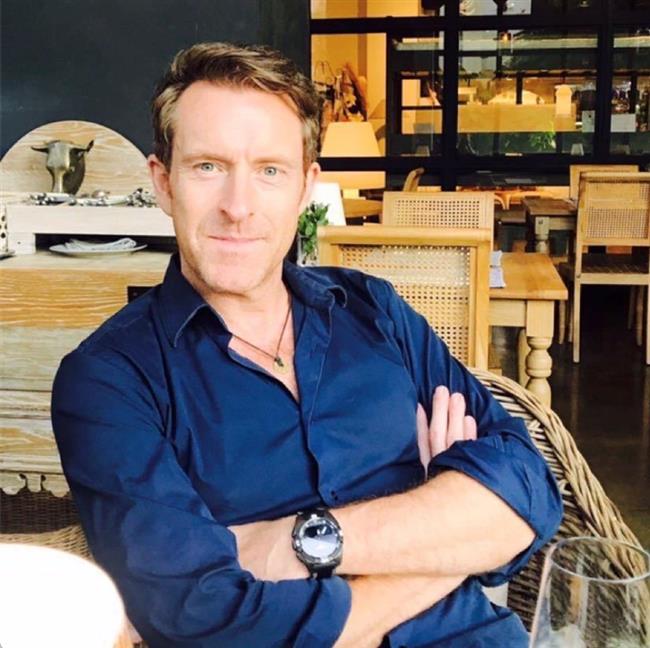 Earl Carpenter is renowned for his  roles in the musicals "Phantom of the Opera" and "Les Misérables."

Earl Carpenter, acclaimed for his roles in "The Phantom of the Opera" in the West End and "Les Misérables" on Broadway, said after watching the film: “It is amazing that although we have many cultural differences, music will bring us all together. It’s also great to see some very talented singers joining forces to inspire. It would be a pleasure to share a stage with these performers in the not too distant future. Peace to you all and stay safe and strong.”

Li showed the video to her African friends as they once shared the stage of "The Lion King" musical at Shanghai Disneyland several years ago.

“We developed really close friendships during that time," Li said. "Though we haven’t met for three years, we are always in contact. I hope this video can keep them happy in their homeland."

Wu also played the video to his former South Korean classmate at the Central Academy of Drama. The two have shown support for each other throughout the epidemic.

“I went back to my hometown Anhui and he went back to South Korea before the Spring Festival," Wu said. "He first called me every day to take care, and after the virus broke out in South Korea, it became my turn to warn him not to go to nightclubs."

The halt to theater work also triggered these performers to further explore their talents, as both Li and Wu had the idea of using social media as a platform to deliver hope and joy through art.

Apart from regular practice singing and on the piano at home, they would take time to film clips introducing their profession and different genres of musicals to the public online.

“After seeing what the medics and other workers have done in the past months, I hope I can play roles of them in the future to show respect,” said Wu.

Li is a vocal teacher on Bilibili in spare time. She even wrote a song with her mother dedicated to all the medical workers fighting hard amid this special time.

“I think that we musical actors will always spread positive energy," Xia said. "In fact, this will never change because art itself brings entertainment to everyone, it makes everyone happy, and then gives everyone some reflection. We perform to convey this energy and this is what we insist on."