The highest electric power load in the city this summer is expected to reach 34 million kilowatts, the State Grid Shanghai Company predicts.

The company is capable of providing power up to 36.2 million kilowatts.

Power distribution network across the city has been improved and upgraded to prevent heavy overloads in certain areas, including the construction of 10-kv lines, distribution stations and low-voltage wires.

According to State Grid, the power stability rate of the city this year has reached 99.994 percent, the highest ever recorded. The rate for central urban areas is 99.9997 percent.

So far, the number of power failures in central urban areas has decreased 37 percent compared with last year, while the number of planned blackouts is down 86 percent from a year earlier.

To avoid unnecessary power failure, the company will further strengthen data monitoring and analysis during the summer peak season, as well as conduct non-blackout operation methods during emergency repairs and constructions.

Key pump stations and dams have also been inspected to prepare for the upcoming typhoons and floods. 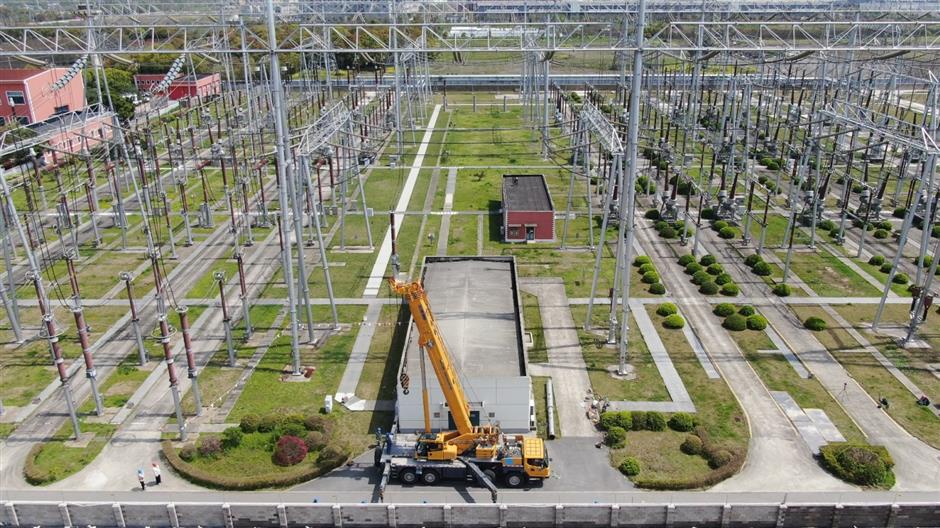 The lightning rod at Nanqiao converter station is replaced in preparation for stormy summer weather.