All aboard at Shanghai Happy Valley amusement park 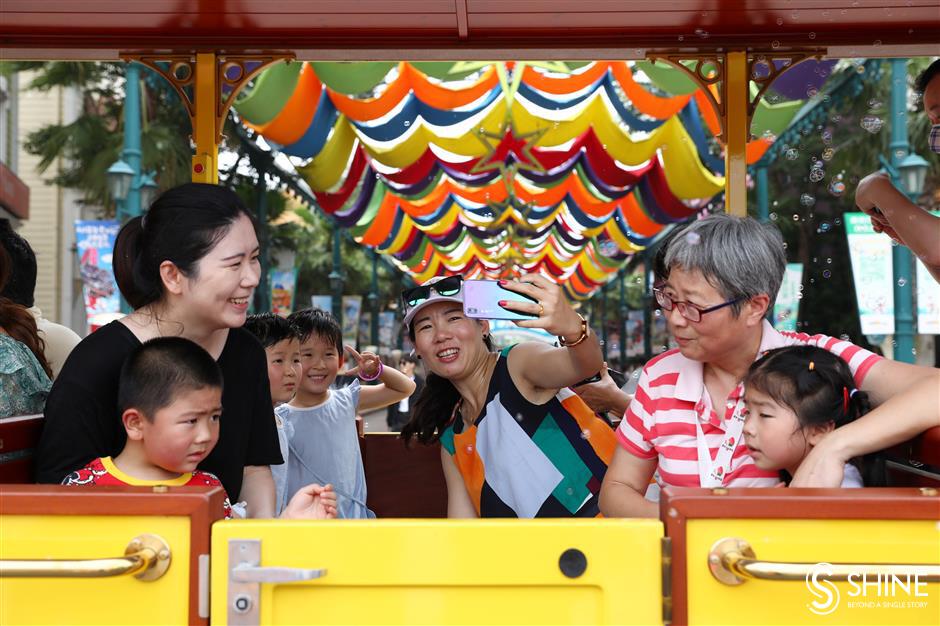 Children and parents enjoy a train ride at Shanghai Happy Valley on Saturday. 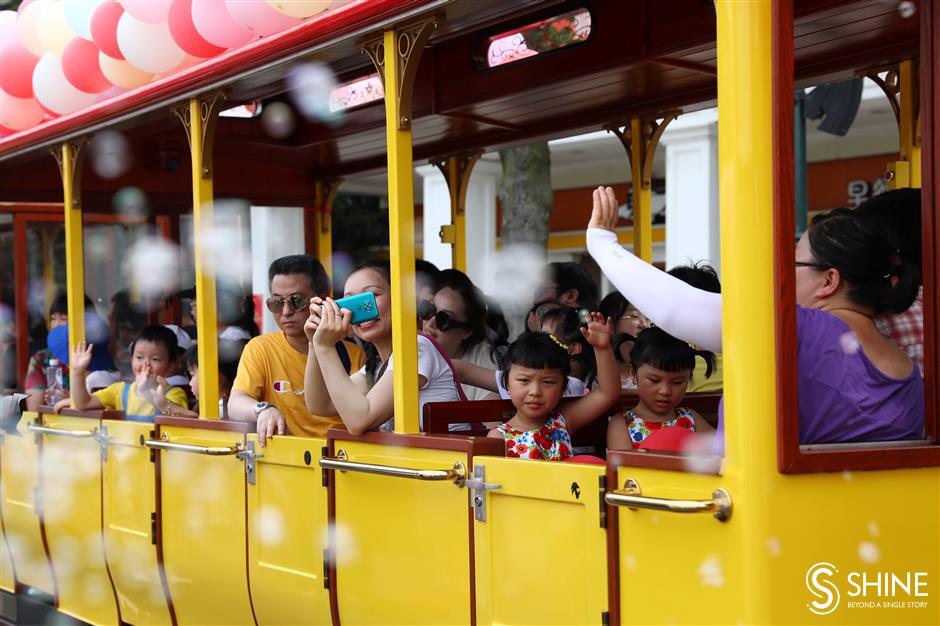 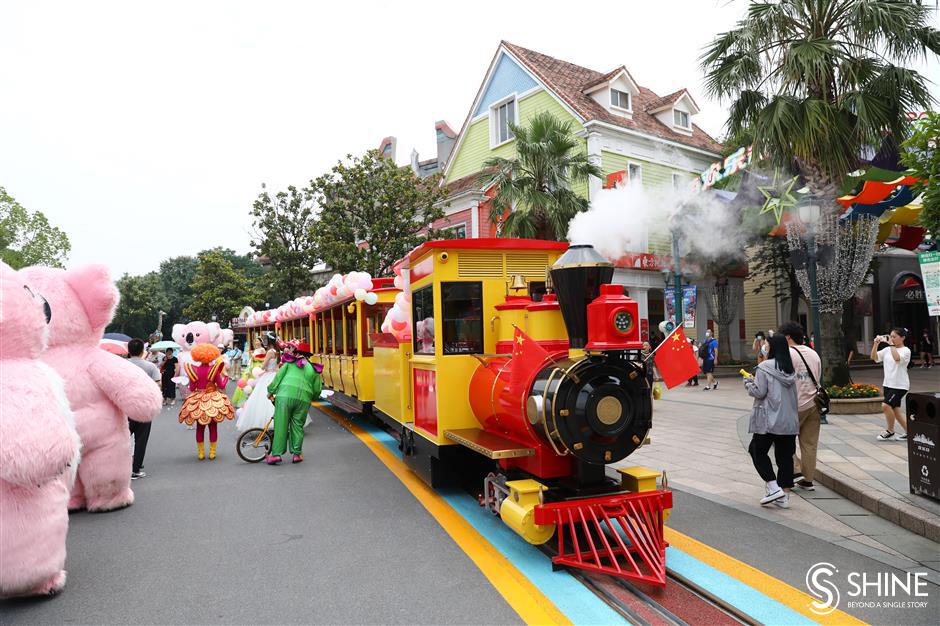 The train circles the amusement park on the new track.

The Shanghai Happy Valley amusement park in Songjiang District has launched a new program to revitalize its business, with 24 sets of young twins being taken on a maiden train trip on Saturday.

The miniature replica steam train comes complete with a puffing funnel and whistle. And the newly laid track goes around the entire park for a distance of 2 kilometers with five stops. Each carriage can accommodate six passengers.

The park has kept visitor numbers to below 30 percent of  maximum capacity daily, or 24,199 at most, because of the COVID-19 pandemic.

Its visitor numbers have grown to 3,000 on average daily with about 10,000 daily during holidays, its operator said.

The amusement park has placed 16 "virtual queuing" machines at two popular roller coasters because of the coronavirus. Thanks to four procedures including face recognition and QR code scanning, visitors will finish queuing within two minutes. They can then enjoy other amusements and return to the roller coasters based on the estimated queuing time they receive on their mobile phones. 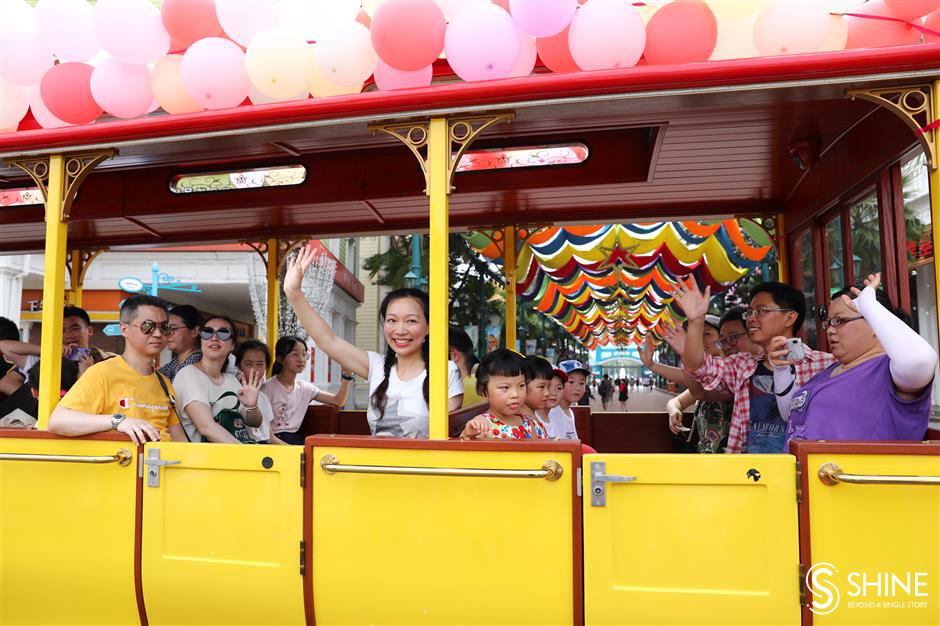 Colorful balloons and banners add to the festivities. 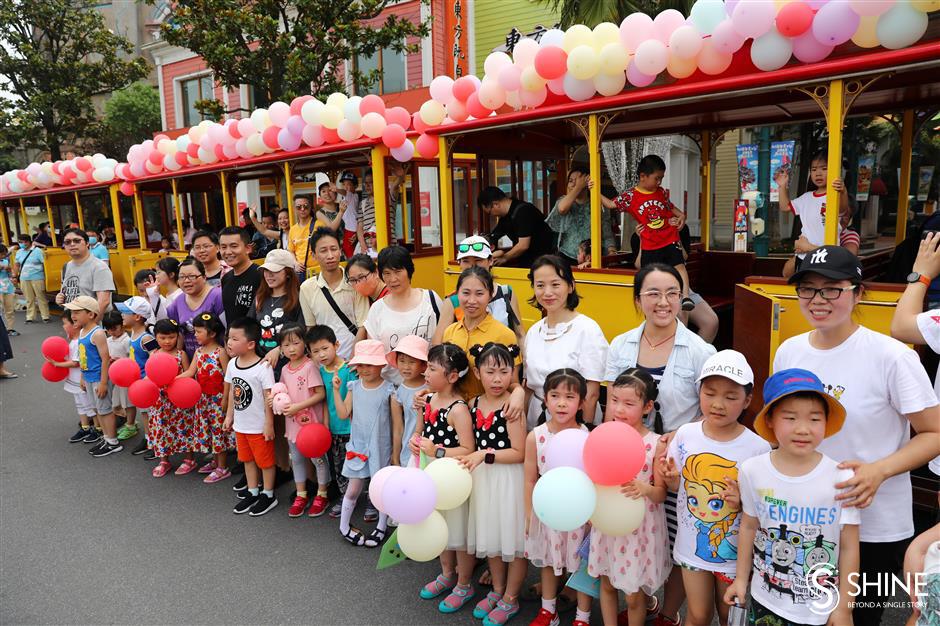 Parents and their twins enjoyed the train ride. 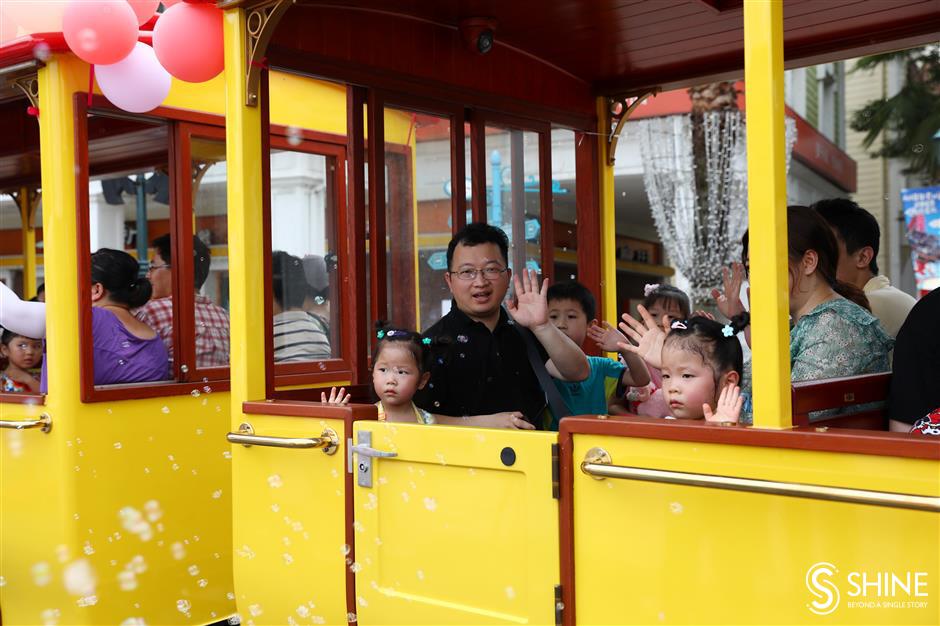 A bubble machine puzzles some youngsters.