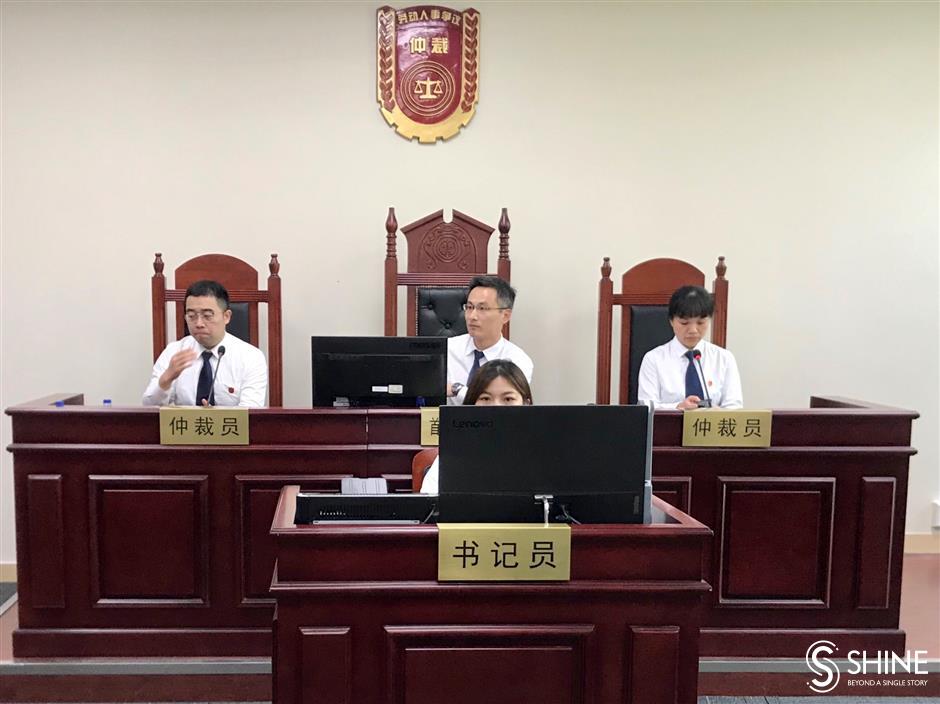 A tribunal to arbitrate local labor disputes has been established by the city’s innovation hub Zhangjiang.

It will not only serve companies but attract more talented staff to the area.

Big data analysis, based on previous hearings, can predict risks for employers and employees, and release warnings to prevent labor disputes taking place.

AI applications such as voice recognition automates the work of clerks during hearings, and allows people involved in disputes to verify records at hearings in real time. It improves accuracy and efficiency.

The tribunal has an observation room for up to 30 people where trainee arbitrators can monitor proceedings through a one-way mirror.

The hearings are also live-streamed on the Internet for the public to watch, which ensures justice and transparency.

The tribunal was set up by the Zhangjiang township government, and Pudong’s people’s court and Pudong’s human resources and social security bureau.

“We will send senior arbitrators to the new tribunal to hear disputes. And we will work with other authorities to further share information and improve the mechanism of joint conferences on arbitration,” said Fu Yuming, deputy head of the court.

Chen Dake, deputy director of the bureau, added: "The tribunal was set up to meet the increasing demands of technology companies in Zhangjiang. Next, we will discuss with the court to specify decision criteria and problems such as unpaid salaries.”

After the city government approved a plan to expand Zhangjiang from a high-tech park to a science city in 2017, an increasing number of technology companies have moved in. But job-hopping is quite common in technology, and one major concern is labor disputes.