Huju Opera is on song in century old villa

The directors of the Shanghai Huju, Pingtan and Peking Opera troupes share their new performance plans  at the historical villa of the Huju Opera house on Saturday.

The Shanghai Huju Opera Troupe will present a series of "immersive" performances at a more than century-old villa as part of new measures to promote traditional Chinese opera in the wake of the novel coronavirus epidemic.

The Pai's Mansion on 150 Fenyang Road in Xuhui District, which was built in 1919 and now serves as the new home of the troupe, will be opened to audiences as a performing space for traditional Shanghai opera, said Mao Shanyu, director of the troupe.

"This beautiful architecture inspires us to invite the public to come to feel the flavor of the city," Mao told the Hui Forum, Xuhui's public lecture brand.

Mao shared the troupe's new performance plans at the forum at the villa over the weekend along with Gao Bowen, director of the Shanghai Pingtan Troupe and Zhang Fan, director with Shanghai Peking Opera Troupe.

The Huju Opera, performed in Shanghai dialect, was initially created to promote the latest social news and stories mainly at local historical villas (such as the classic award-wining play Thunderstorm) and in the city's lane-style communities, Mao said.

The historical villa is an ideal site to perform the traditional opera, she said. 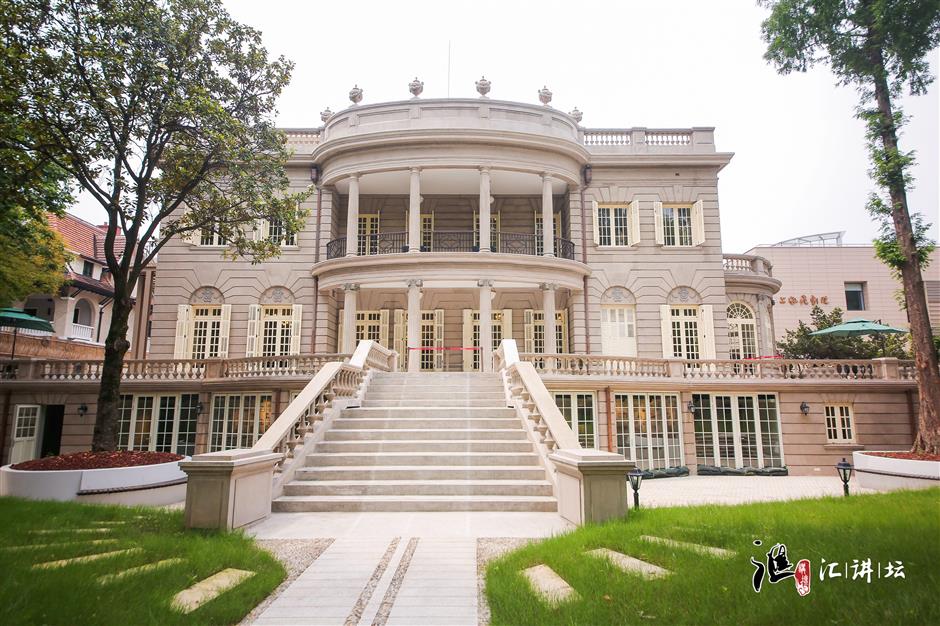 The Pai's Mansion on 150 Fenyang Road in Xuhui District was built in 1919 and now serves as the new premises for the Shanghai Huju Opera Troupe. 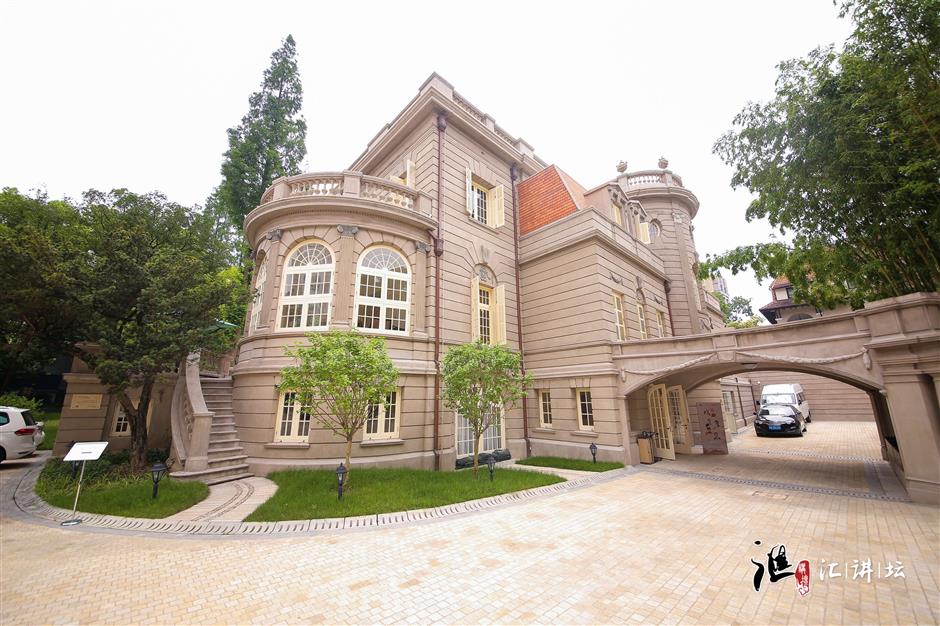 The mansion has an impressive entrance.

The house, designed by renowned architect Laszlo Hudec, gained its named because it was once owned by renowned Kuomintang general Pai Chung-hsi, who lived there in the 1940s. It was initially owned by Michel Speelman, a Frenchman who was chairman of the Committee for Assistance of European Jewish Refugees in Shanghai.

The China Art Academy took it over from the Pai family. The Shanghai Yueju Opera House was next, followed by a trendy restaurant. The Huju opera troupe moved there in 2019.

The troupe has been presenting performances on small stages and on the Internet since the COVID-19 outbreak in late January, Mao said. Four mini-plays have been presented online, mainly the stories of the city's medical teams to Wuhan in central China's Hubei Province as well as citizens and volunteers at local communities.

Gao Wenbo, director with the troupe of pingtan, or Suzhou-style storytelling, said the epidemic has driven the traditional troupes to reform and find new ways to meet the demands of  audiences.

Gao said the pingtan performances have been severely affected by COVID-19 because the traditional pingtan sites have been closed.

Yet many senior fans complained they could not sleep without listening to a performances every day, he said.

Like the Huju troupe, local pingtan artists created many online plays about the doctors and nurses fighting COVID-19 on the front line in Wuhan. The first rehearsal started on January 27, or the third day of Chinese New Year. COVID-19 prevention knowledge has been included. 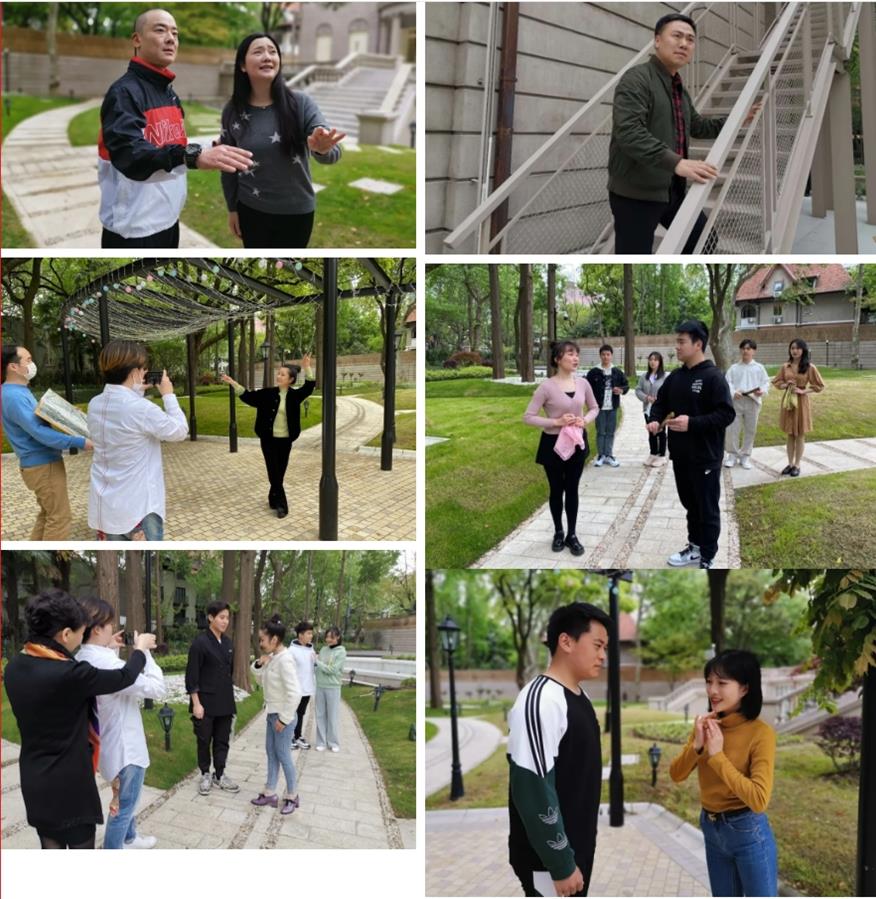 Artists with Shanghai Huju Opera Troupe perform at the new site of the troupe on Fenyang Road.

Gao himself presented a live and interactive program on the evening of March 30. He demonstrated and taught netizens different opening episodes of classic pingtan plays adapted from the ancient Chinese novel “A Dream of Red Mansions.”

The live-stream show provided an insight into the charm of pingtan, an age-old form of artistic storytelling set to musical lyrics in Suzhou dialect, Gao said.

"It is expected to not only attract Chinese fans but also overseas audiences," he said. "Even if they cannot understand the language, they can get immersed in the plays."

The city's Peking Opera troupe has attracted more than 80,000 online viewers after registering on the popular live-streaming platform Bilibili on February 19, said Zhang Fan, the director of the troupe. The online performances have been broadcast more than 2 million times, with over 70 percent of the audience younger than 30 years old.

"The epidemic forced us to try the online and livestreaming platforms," he said. "We hope Peking opera and traditional Chinese culture can be promoted widely through the new platforms." 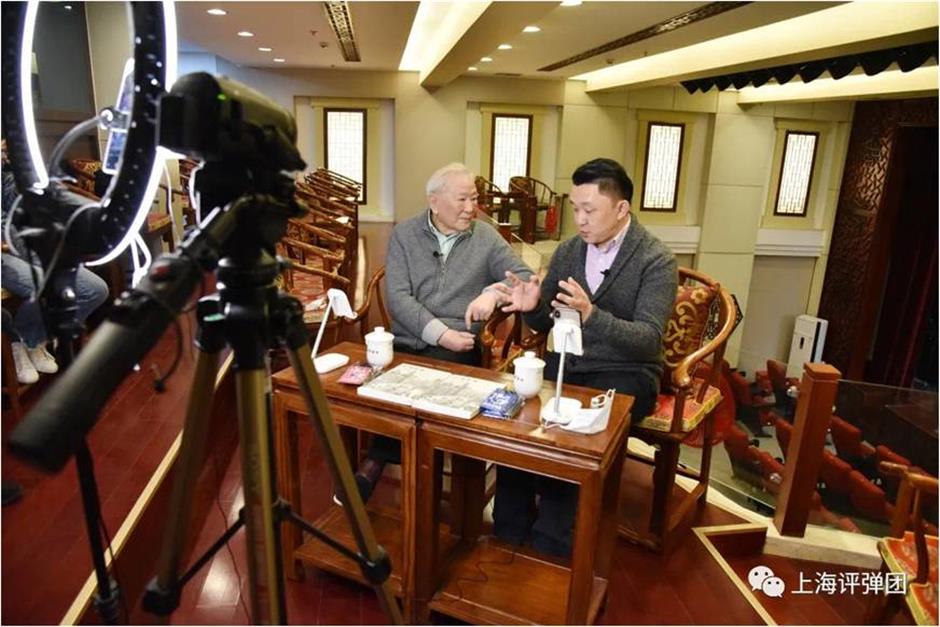