Playful exhibition looks at childhood through the ages 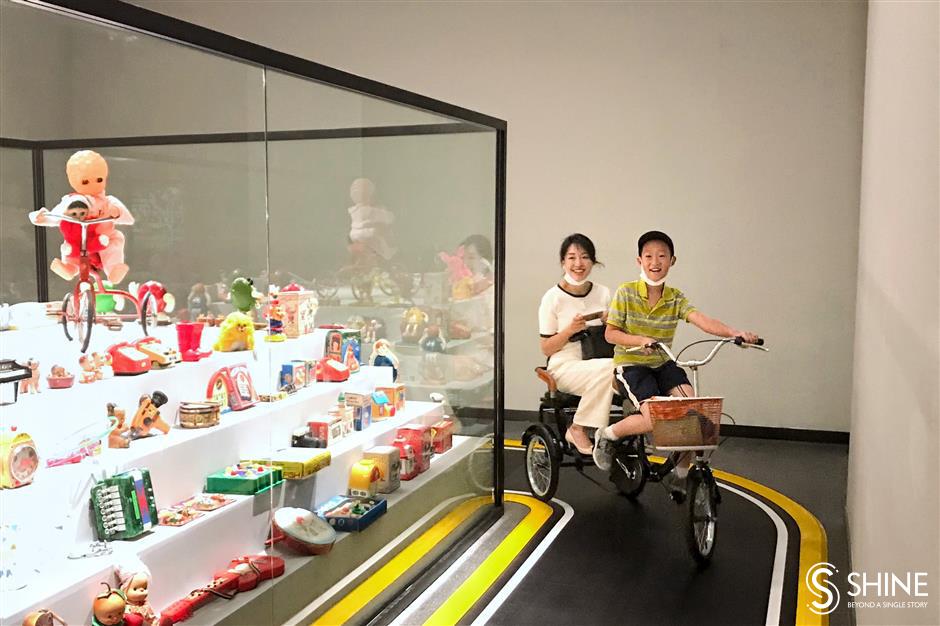 A boy rides with his mother around a new exhibition on Chinese childhood. 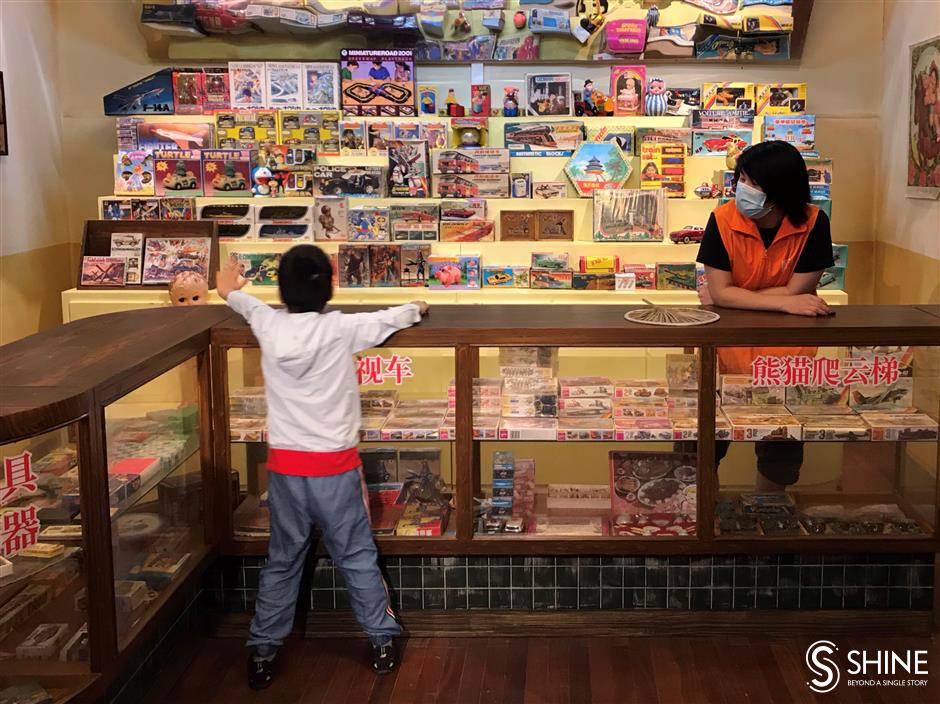 A boy visits a recreated toy store from the 1980s.

A father plays games from his childhood with his son.

A new exhibition featuring thousands of childhood favorites from celluloid dolls to tinplate toys has just opened in the Pudong New Area, exploring Chinese adolescence from the 1930s to the present day.

It is open free to the public through August 2 at the Being Art Museum in Pudong’s Jinqiao area.

“During my childhood, my best friends included a toy car with a broken tire, a toy gun without fancy lights and sounds, and a toy electric fan with blades that failed to rotate. I thought I would keep these for the rest of my life, but over times I lost them,” said co-curator Ma. “We named the exhibition ‘Where You Have Been’ to remind people of their toys, childhoods and origins.”

A model of Nanpu Bridge, upon which hundreds of toy vehicles are displayed, welcomes visitors at the exhibition’s entrance on the first floor. Next to it is a wall with toy guns and a glass cabinet filled with Transformers toys.

Special cycling lanes have also been designed for people to ride old-time bikes around the museum. Many older residents of Shanghai rode such bikes around shikumen (stone-gated) neighborhoods during their youth.

An exhibition area on the first floor is aimed at boys, while a pink room on the second floor is truly a little girl’s paradise. Pink walls, feathers and decorations make the room a perfect spot of photo-ops.

Next to the room, about 100 “made in Shanghai” toys are shown, becoming the highlight of the exhibition.

“They were made by Shanghai’s toy factories, from a century ago to the present. These factories built their names by producing advanced and popular toys. But over times, they disappeared,” Zhu said. “It’s kind of a toy museum. These toys witnessed social change.”

Many of the displayed playthings, including tin frogs and hens owned by almost every Shanghai child during the 1980s and 90s, were produced by Shanghai Kangyuan Toy Factory.

“Shanghai’s light industry was already well developed about a century ago. The renowned Kangyuan factory set up a toy production line in the 1930s after it found leftover tin used to make cans,” Zhu said. “Kangyuan was once hailed as the birthplace of Shanghai toys.”

Other artifacts include a celluloid doll popular in the 1930s, and a wooden toy piano made and sold by The Sun, once one of four big Chinese-owned department stores on Nanjing Road. Now, the building houses the Shanghai No. 1 Shopping Center.

“Now, imported toys have become favorites of today’s children because overseas cartoons are more popular,” Zhu said. “Like Transformers, it has created a world for children. So, we should work to develop domestic cartoons and brands.” 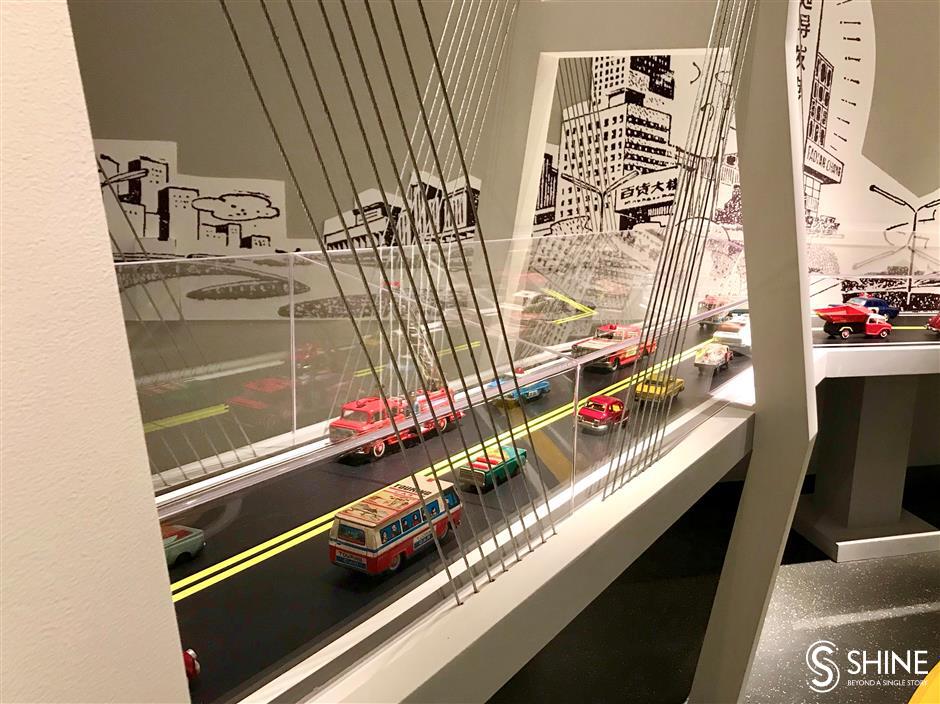 Hundreds of toy cars are displayed on a model of Nanpu Bridge. 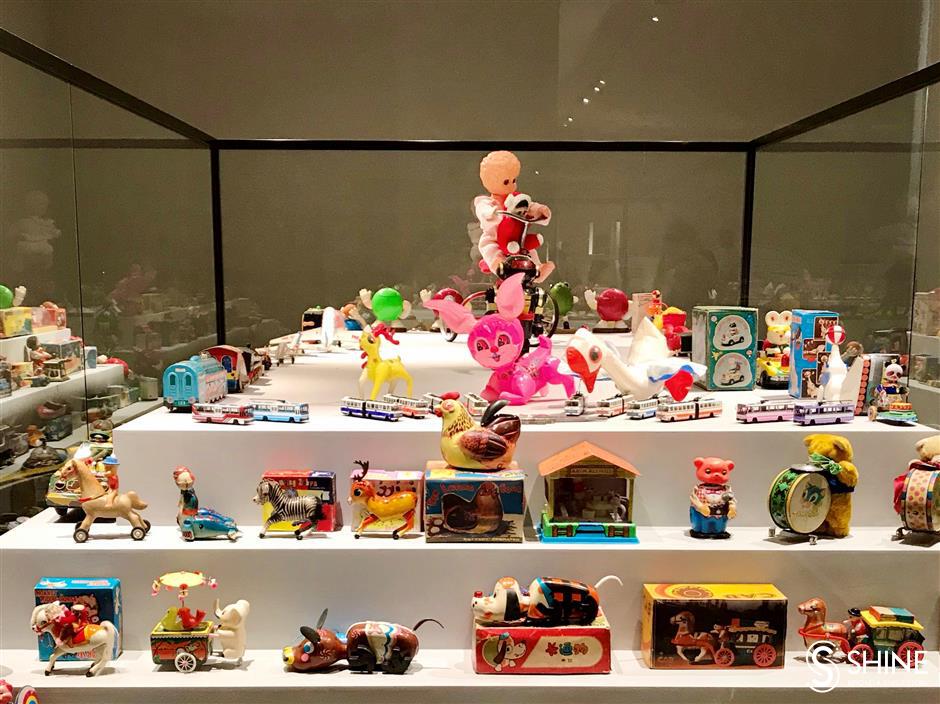 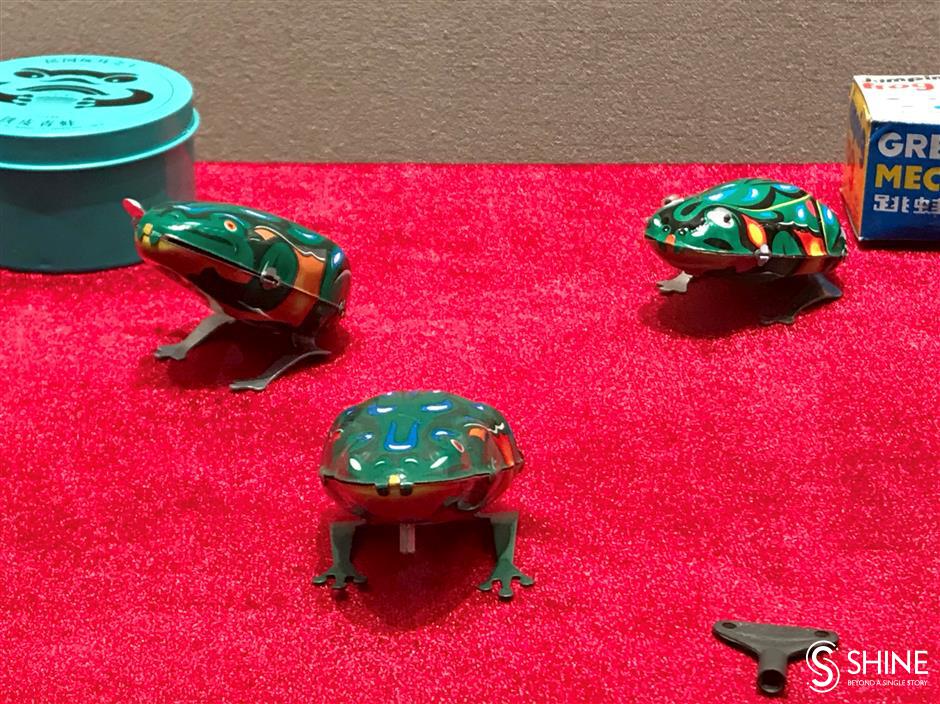