Four key water projects in the Lingang new area were initiated on Monday by the Chengtou Group.

The Lingang Special Area of the China (Shanghai) Free Trade Zone was set up last year as the harbor for MNC headquarters to boost international cooperation.

The projects, costing 7.6 billion yuan (US$1 billion), include a key water plant and two sea pipes, expansion of a sewage plant and improvements to channels in Lema Creek.

The water plant, expected to be finished by the end of 2021, will be able to produce 200,000 tons of water per day mainly for the southern part of Lingang.

The raw water for the Lingang water plant will come from Qingcaosha water reservoir in Chongming District, one of the four major tap water sources in Shanghai.

Technologies such as cloud computing, big data and BIM will be integrated throughout the process of construction and operation. It’s designed to be maintained by a 20-strong team. 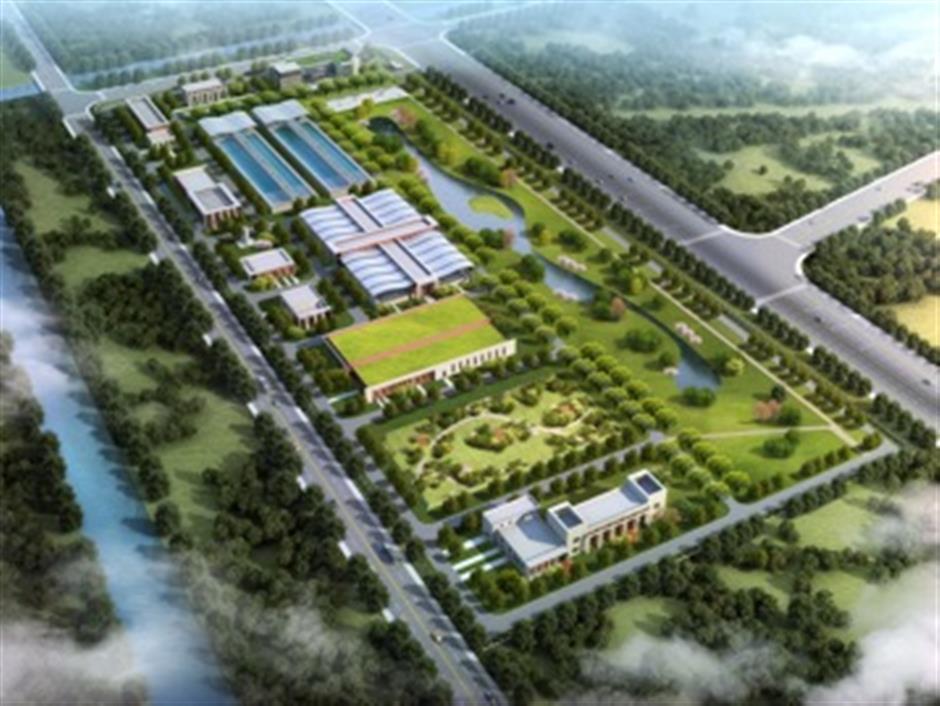 The current sewage plant in Lingang is in its first phase of expansion which began in April to meet a growing demand in the area.

The capacity of the plant will be enlarged to 200,000 cubic meters per day after completion of the project’s second phase by 2021.

The waste water will be discharged offshore through two new sea pipes with a capacity of 350,000 cubic meters a day.

With a length of 2.6 kilometers and a depth of 60 meters under the sea, the pipe project faces construction challenges such as complex soil layers, high head pressure and friction resistance.

“The sea pipe is currently one of the longest being built in the world. We also need to avoid damaging the surrounding soil to protect the sea dykes nearby,” said Hu Xin, chief engineer of Shanghai Chengtou Group. 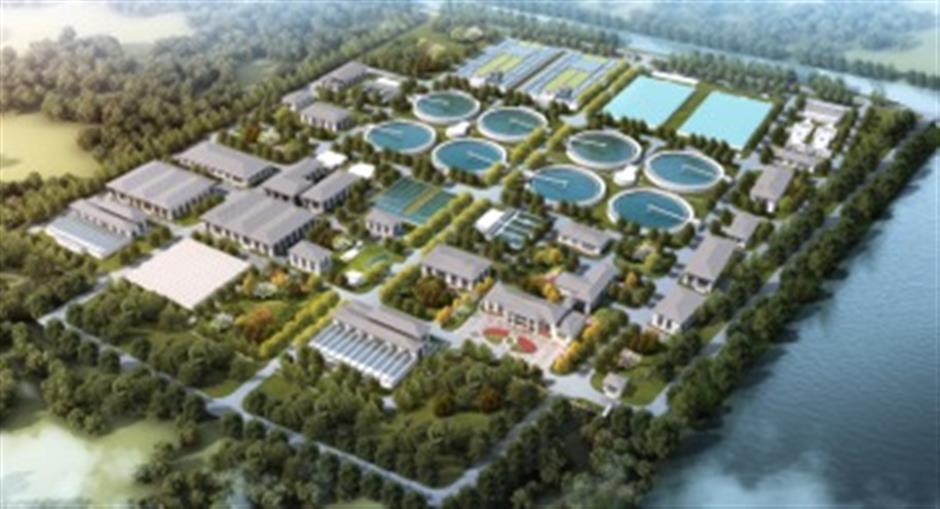 The expansion project of the current sewage plant in Lingang

The sea pipes for disposed water in Lingang

The Lema Creek channel renovation project will open up a water channel in the south of Hangzhou Bay in the Lingang new area, effectively relieving the pressures of flood control and waterlogging, as well as enhancing the overall water environment.

Lema Creek, the only north-to-south river channel spilling into Hangzhou Bay in the Pudong New Area, is an important branch of the local water ecosystem and drainage functions.

The renovation will focus on the idea of a sponge city to preserve the local ecosystem, including water-permeable materials used for roads and shores and eclectic breeds of plants.

More water projects worth nearly 7 billion yuan are in the pipeline later this year, including the construction of Lema Creek sluice and the renovation of the Luchao Creek intake channel and Suitang Creek.

How Lema Creek will look upon completion