A smart transfer station for harmful waste in the Lingang new area was officially put into use on Monday.

Introduced by Chengtou Xinggang Co, the waste station is the first unmanned site for keeping harmful garbage temporarily and will serve 43 neighborhoods in Nanhui New Town.

After preliminary sorting by residents, harmful waste will be collected and delivered to the 10-square-meter transfer station by special staff. It will then be sent regularly to garbage-sorting centers for further disposal.

The station is equipped with real-time monitoring and automatic doors, through which workers can get in via methods including facial and fingerprint identification.

Images on the wall about eight types of harmful waste are designed to raise residents’ awareness in sorting harmful waste correctly.

The amount of harmful waste collected in the city has spiked since the implementation of garbage-sorting rules last year. Before that, the average was 20 tons per month. It has already reached 350 tons in the first five months of this year.

“There used to be workers on duty at the station to roughly sort the garbage, which often led to an untidy site. It’s also not healthy for workers to stay alongside harmful residue for a long period,” Wang said.

In the next step, Wang said more transfer stations in the city will be upgraded with devices including intelligent collectors and communication systems. 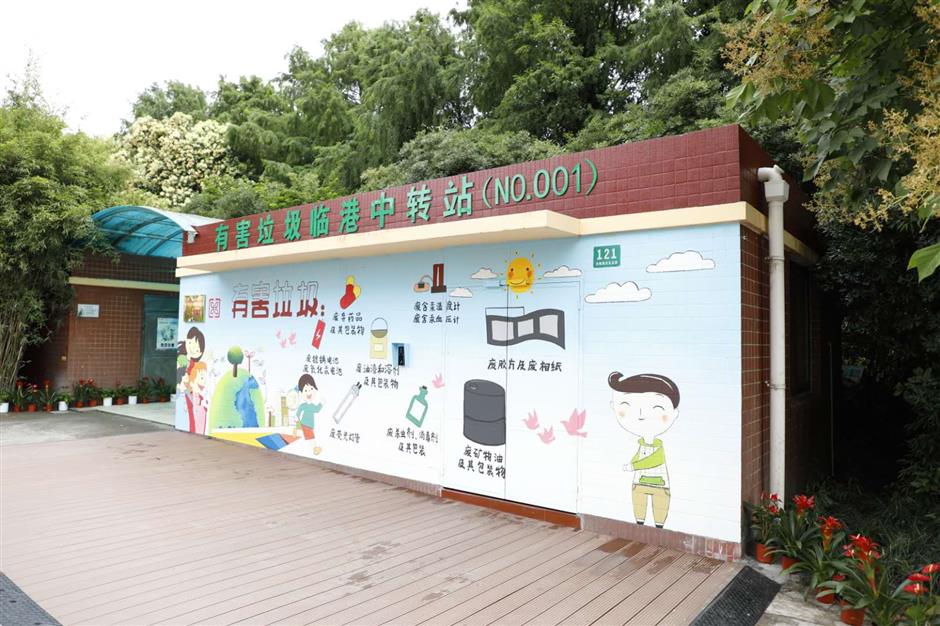 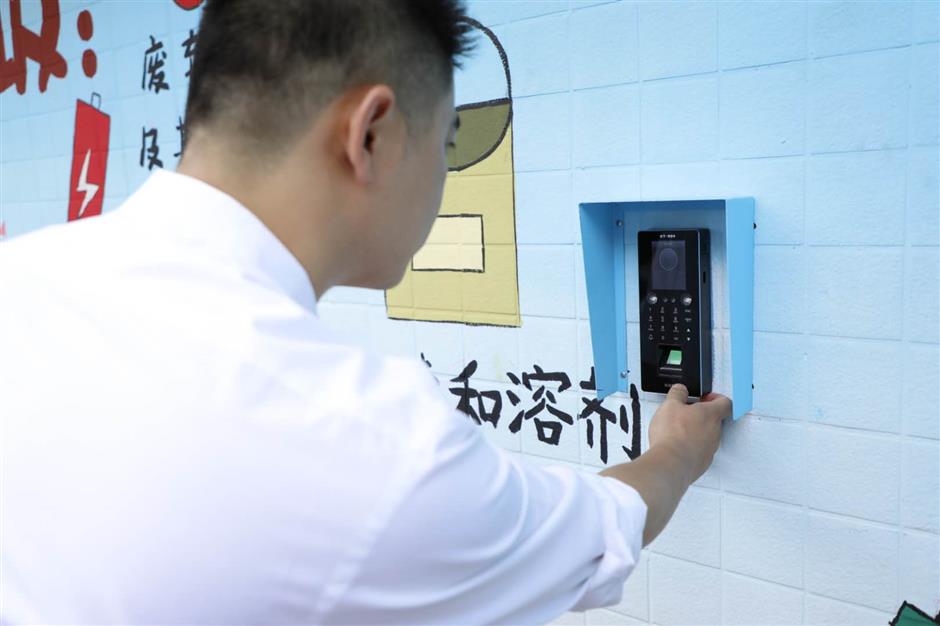 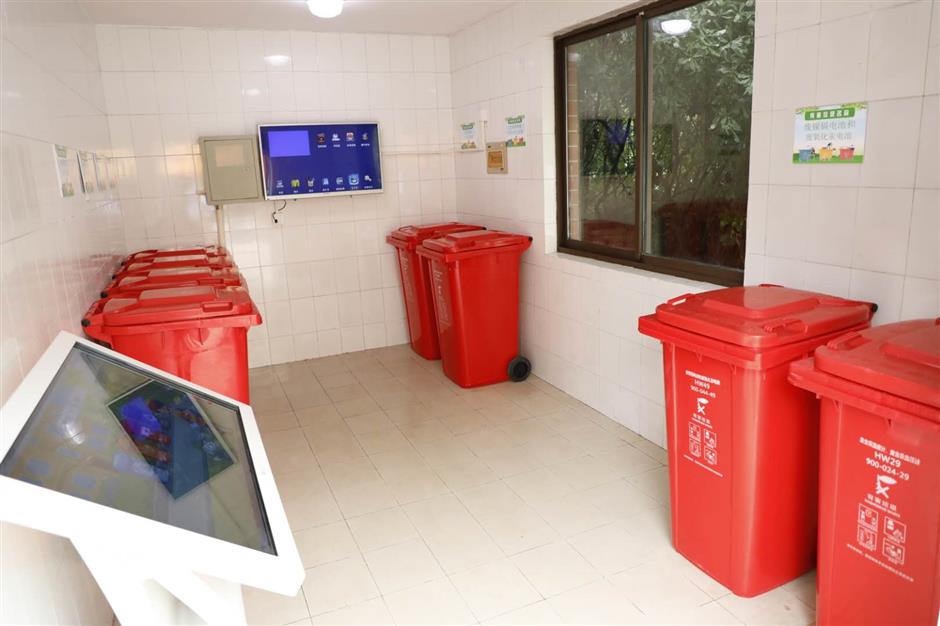 Harmful waste collected from the nearby neighborhood will be sent to the transfer station for further disposal.