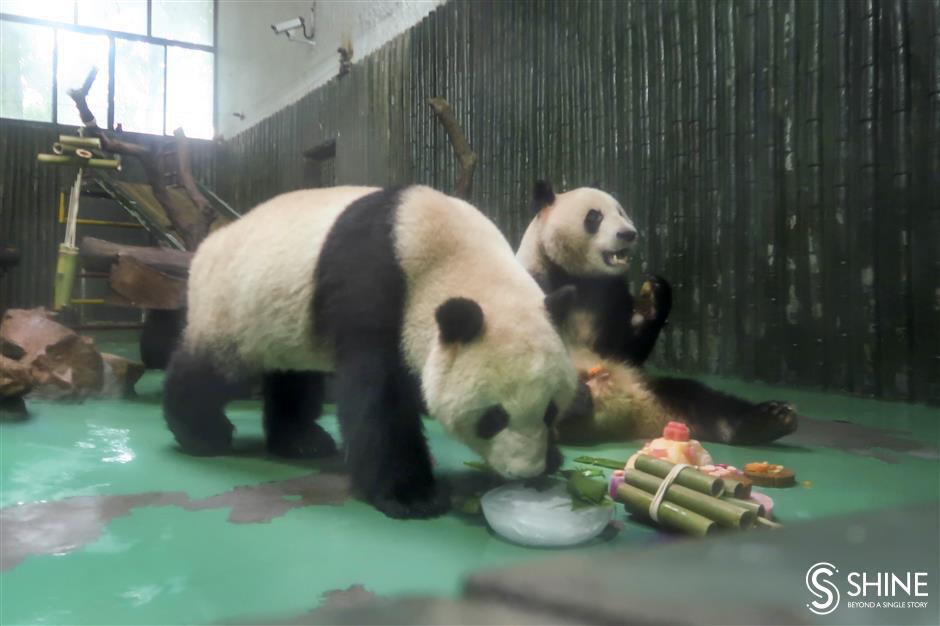 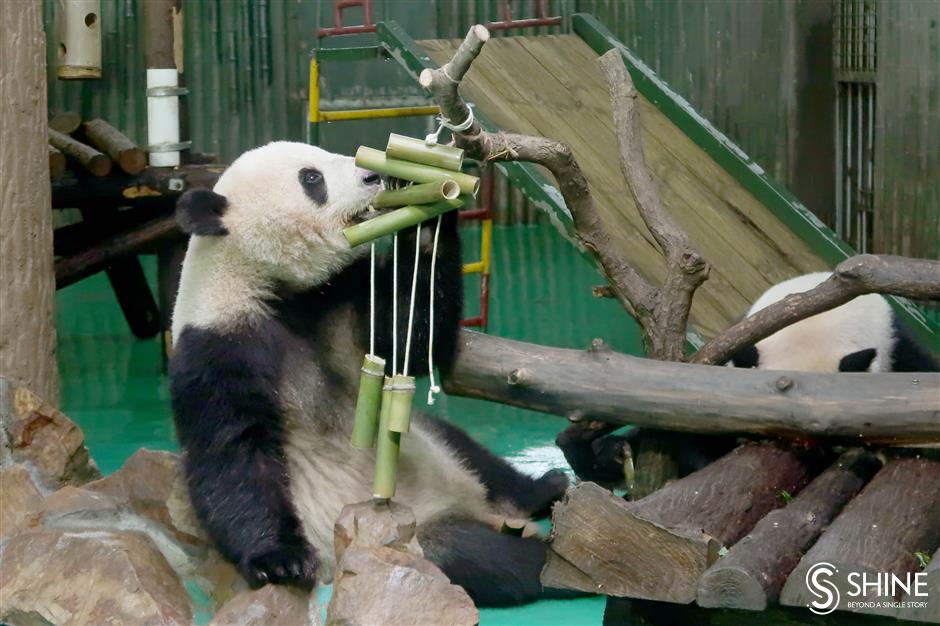 Xing Guang eats bamboo during a party in his honor. 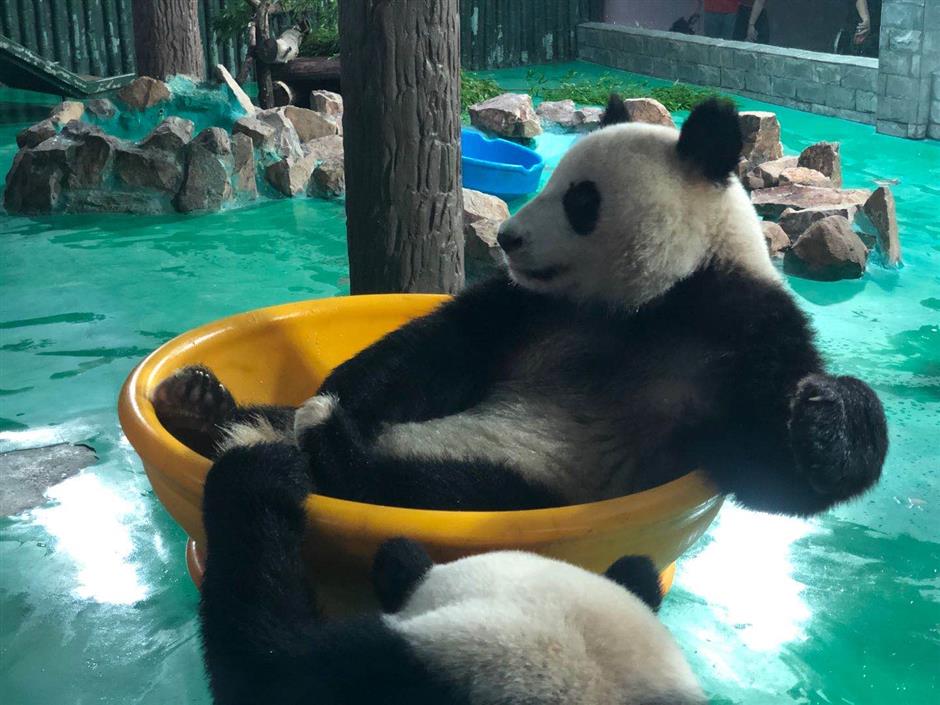 Giant panda Xing Guang celebrated his fourth birthday at the Shanghai Zoo in Changning District on Tuesday with cake, gifts and the company of fans and well-wishers.

A sumptuous banquet including pitaya, ice cream in the shape of a car and tomato ice was prepared for the furry birthday boy. The feast also included wotou (a kind of steamed bun of corn or sorghum) pie and zongzi, a traditional food for Dragon Boat Festival. There were even bamboo candles to complete the celebration.

Xing Guang and his panda pal He Feng also got a special gift from their fans: a giant rotating coffee cup to play in.

Zoo workers and party assistants recruited online started decorating at 8:45am. Early tourists arrived at the zoo at 9am to witness the special celebration and expressed their warm wishes for Xing Guang.

Xing Guang arrived at the zoo in June last year from Chengdu in southwest China's Sichuan Province. His name means "starlight" in Chinese, and he's already become a real star at the zoo, animal keepers say.

"I asked for a day off today and I'm excited to witness the occasion," said Qu Lixin, who came with her 4-year-old daughter.

"We are both panda lovers," said Qu. "I wish healthy and joyful growth for Xing Guang."

Huang Xiang, one of the recruited party helpers and a regular zoo volunteer, arrived at the zoo early for preparations. He wore a T-shirt with a giant panda pattern.

When he read the recruitment notice, he volunteered immediately.

"I loved animals when I was a kid and I have visited the zoo numerous times," said Huang. "I also participated in wildlife protection programs in Africa and I hope to raise people's awareness of animal protection."

Xing Guang likes soaking in water during hot weather with He Feng and then taking a nap in air-conditioned rooms, his keepers said. Xing Guang is also not picky about food.

"He has a soft heart and is smart and sensitive," said his keeper Jin Zimin.

A birthday party will also be organized on August 9 for He Feng, born in the same year. He Feng is nicknamed "White Socks" because he has white hair on his feet, the zoo operator said.

He arrived at the zoo with Xing Guang the same time.

Xing Guang (left) and He Feng. 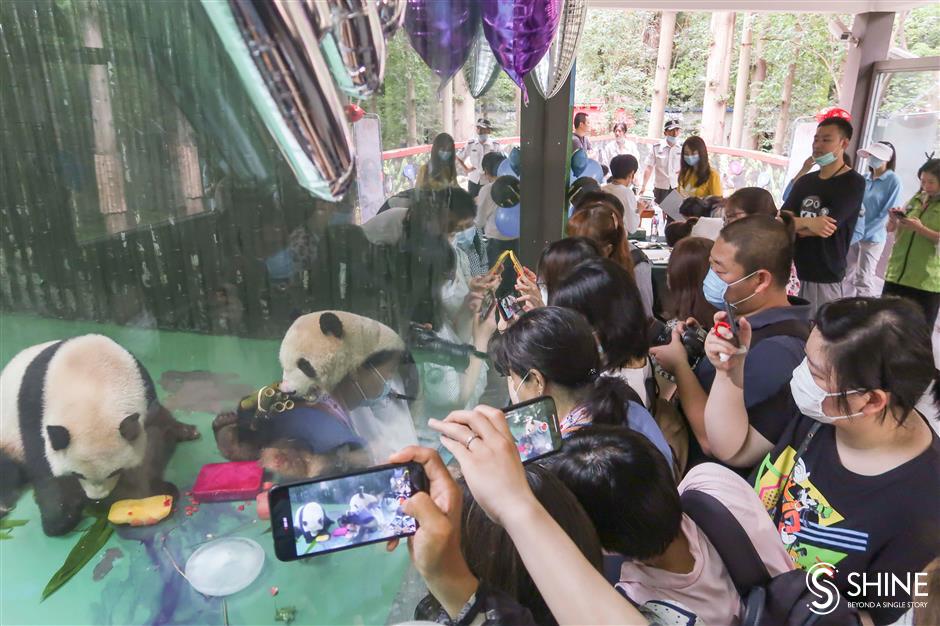 The panda pair are stars at the zoo. 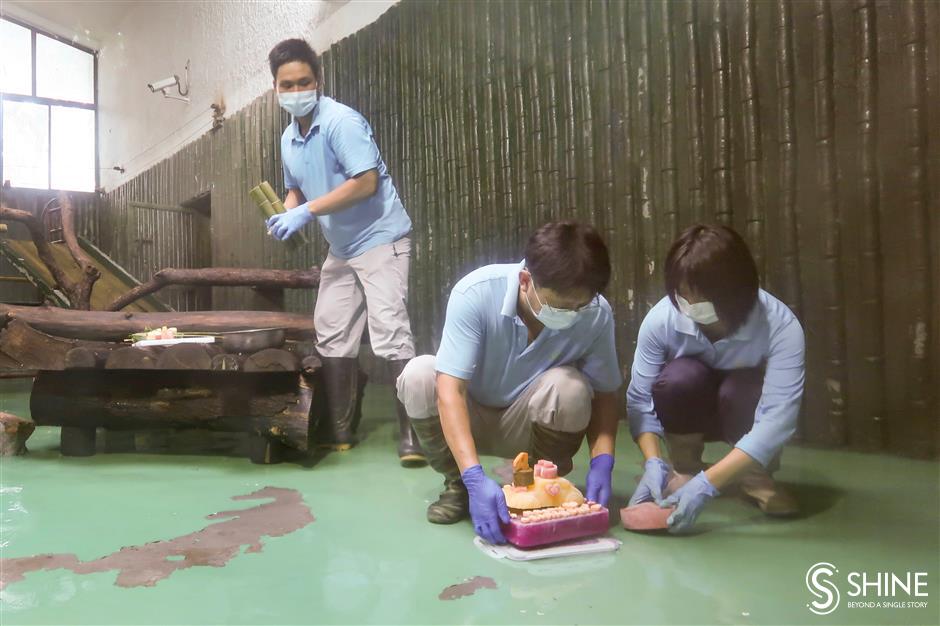