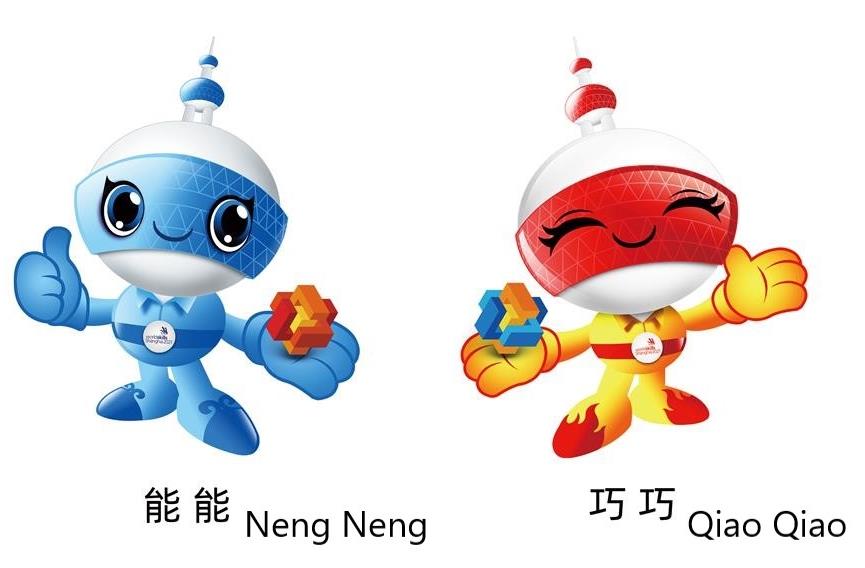 The mascots of the 46th WorldSkills Competition have been unveiled with a nod to modern development and traditional artisanship.

Lu Ban, also known as Gongshu Ban, was born into a family that had been practicing carpentry for several generations in the State of Lu around the time when the Spring and Autumn Period (770-476 BC) was replaced by the Warring States Period (475-221 BC).

Lu was keen on inventing new tools to improve quality and efficiency. For instance, he invented saws after he cut his finger on a leaf with a serrated edge. He made wooden horse carriages that could help transport heavy military supplies along rough and rugged paths. He helped build many bridges and palaces around the state, as well as many famous ancient bridges in other parts of the country.

Because of his exceptional skills and numerous inventions, Lu was remembered by successive generations as the father of carpentry in Chinese history.

While honoring Lu Ban, Qiao Qiao and Neng Neng also stretch out their arms in welcome to the young, skilled professionals from all over the world who will come to Shanghai to show off their skills excellence at the 46th WorldSkills Competition.

With guidance and help from WorldSkills International and the support from the central government of China, preparations for the event are well underway in Shanghai.