An immersive Chinese culture temple fair will be held at the Yuyuan Garden Malls from Wednesday to promote traditional art and skills. 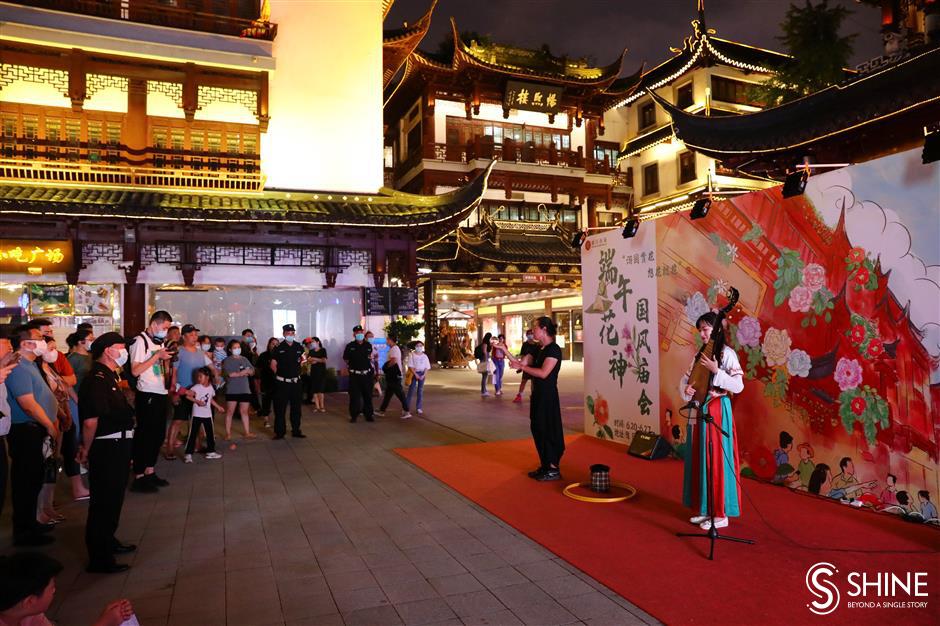 Street artists perform at the Yuyuan Garden Malls on Tuesday.

With the Dragon Boat Festival arriving on Thursday, residents and tourists are invited to experience the Chinoiserie and traditional Chinese culture at the Yuyuan Garden Malls.

Dining and shopping facilities near the historic garden, which originated from a prosperous market of the City God Temple some 140 years ago, will launch its first immersive Chinese culture temple fair to promote traditional art and skills.

Themed on the “Gods and Goddess of Flowers” who became popular in the mid-Qing Dynasty (1644-1911) through the famous Yangliuqing New Year Painting, the temple fair will be held during the holiday from Thursday and Saturday.

Time-honored eateries and brands in Yuyuan, including the Laomiao Gold & Jewelry and Lu Bo Lang Restaurant, will offer discounts to attract customers to help the economy after the novel coronavirus outbreak.

The Ming and Qing Dynasty architecture at the malls have been decorated with flowers and illuminated by traditional lanterns at night. The bazaars with many small carts selling and exhibiting handicraft artworks have also been redesigned with colorful petals and twigs.

In traditional Chinese culture, famous historical figures and literary giants are ennobled as gods or goddess of a certain flower. There are a dozen gods and goddess for the 12 lunar months, but the figures vary in different times and regions. 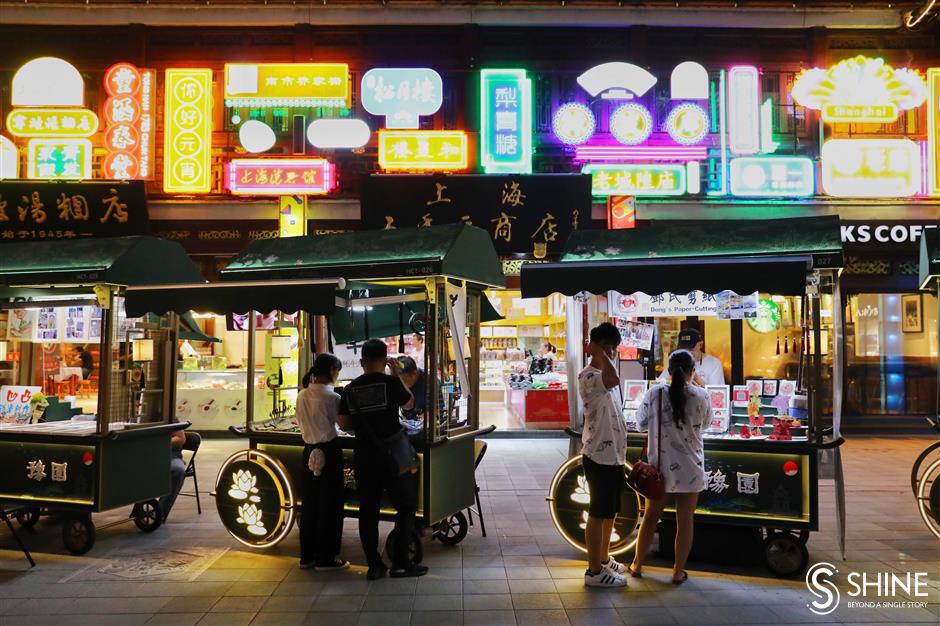 A bazaar of small carts attracts customers at the Yuyuan Garden Malls.

Yang Yuhuan (719-756), one of the four great beauties of ancient China, for instance, is deemed the goddess of the apricot flower which blooms in February, while Xi Shi, another beauty, is the goddess of lotus for June. Famous poets such as Li Bai (701-762), Bai Juyi (772-846) and Tao Yuanming (365-427) are also listed as gods of flowers in some versions due to their popular poems about flowers.

Chinoiserie performances will be held every day during the holiday. They include a warrior show with soldiers wearing armor, dancers in traditional hanfu clothing and concerts featuring traditional instruments on the iconic Zigzag Bridge or a small boat on the lake.

Security guards at the malls will be wearing the costumes of Ming Dynasty guards.

Visitors are invited to experience traditional lifestyles during the Dragon Boat Festival, such as tasting zongzi, the traditional glutinous rice dumplings, and making perfume sachets to ward off evil spirits.

Yuyuan Garden Malls launched its nightlife events in September last year, featuring lanterns, markets and shows to attract local citizens to the iconic landmark which is a magnet for tourists from outside Shanghai and abroad.

Over 2.17 million people have visited the malls since the city launched the Double Five Shopping Festival in May, said Hu Junjie, assistant president of Yuyuan Inc, operator of the malls. 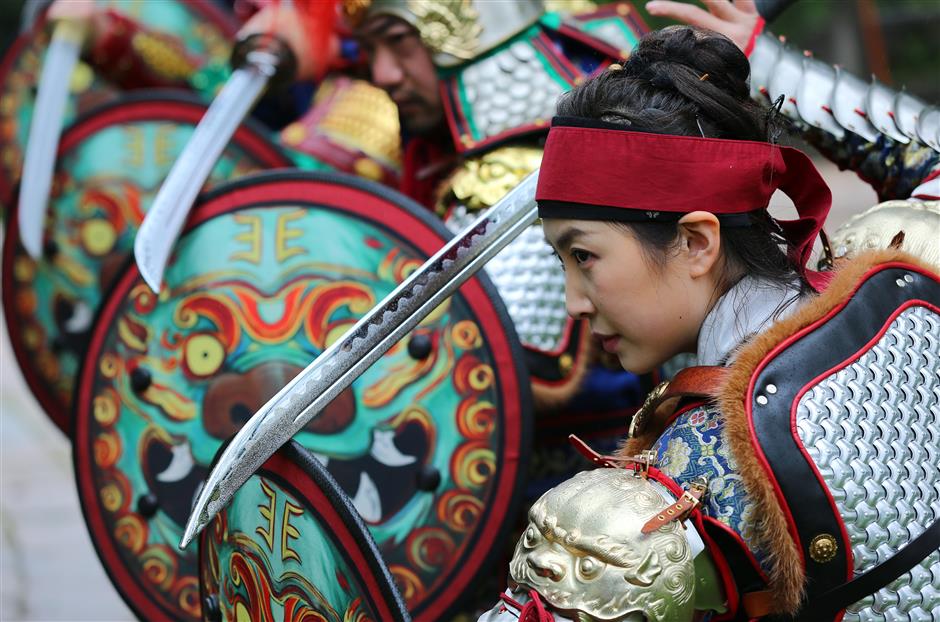 A traditional warrior dance will be held for the Dragon Boat Festival at the Yuyuan Garden Malls. 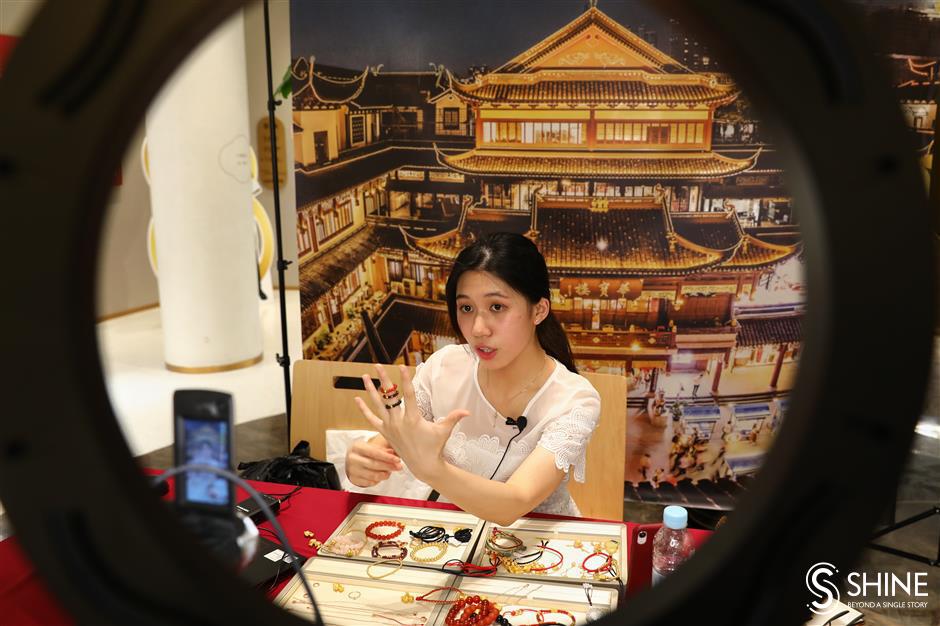 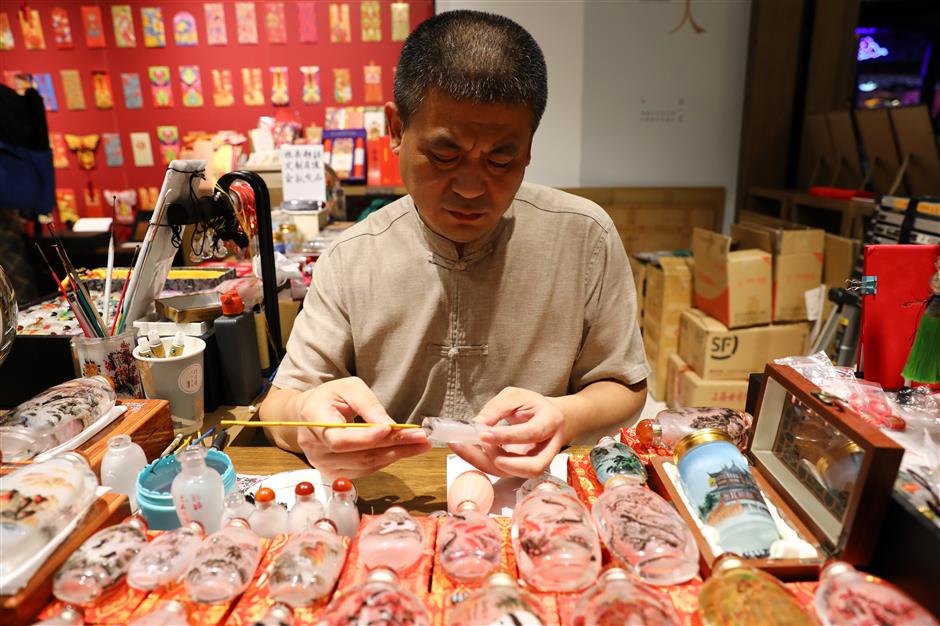 A heritage skill master shows his skills at the Yuyuan Garden Malls. 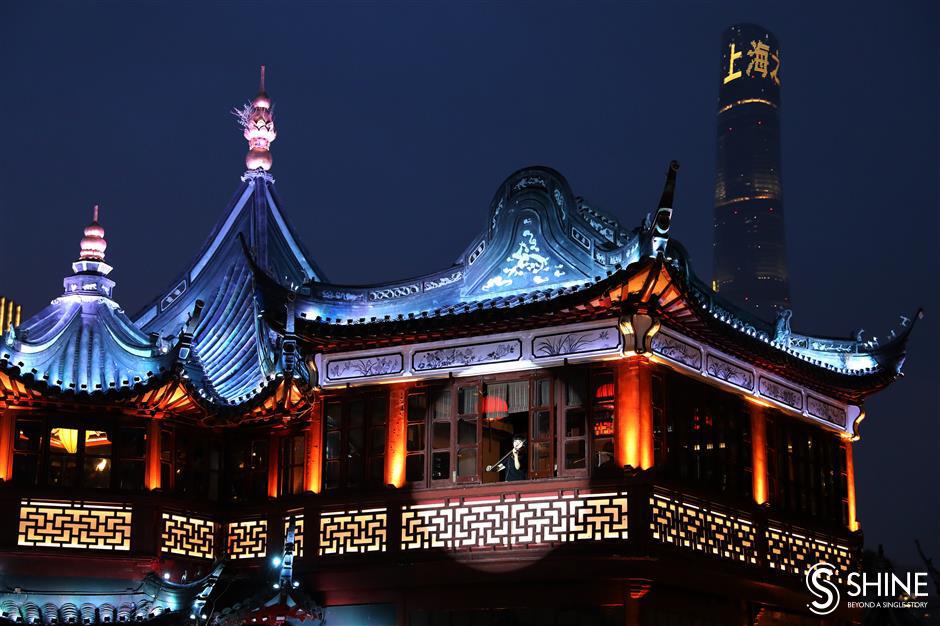 A violinist performs at the Mid-Lake Pavilion near the Zigzag Bridge on Wednesday.