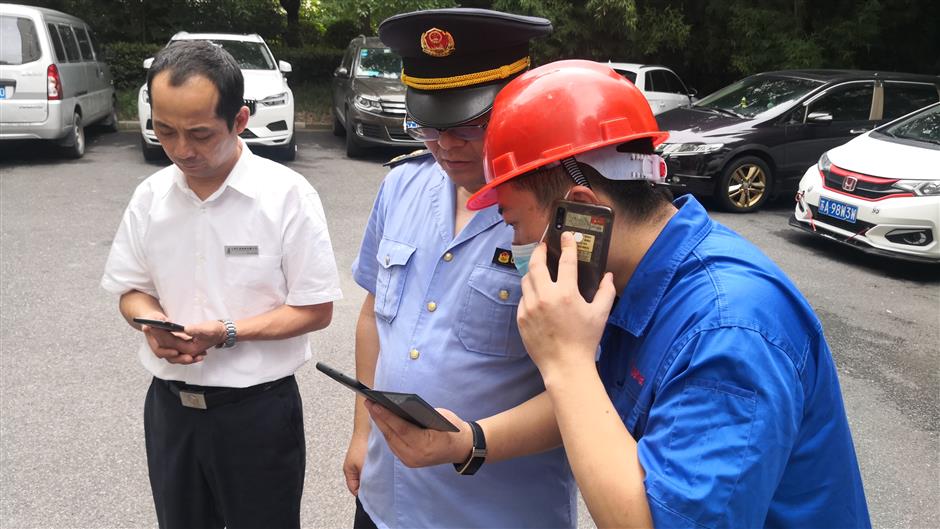 An official, property management company staff member and a maintenance worker receive an alert about people trapped inside an elevator in an emergency drill at the Huabin Jiayuan residential community in Xuhui District. 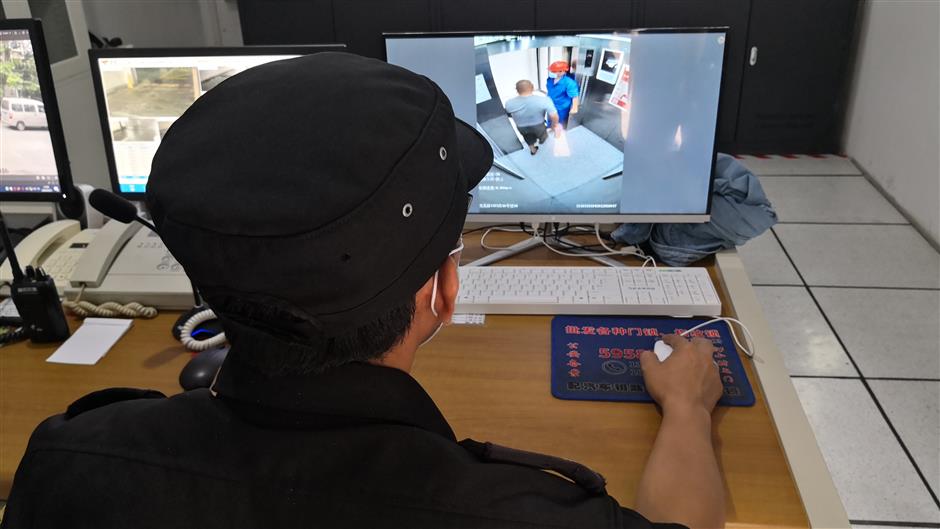 An official at the Changqiao Market Regulation Station checks real-time images from an elevator.

Market authorities in Xuhui District are trialling an intelligent system which will automatically alert officials, property management and maintenance companies if people get trapped in elevators.

The system, relying on image recognition technologies, is being tested at more than 400 elevators in the district, Xuhui’s market regulation administration said.

An emergency drill was held at the Huabin Jiayuan residential community in Xuhui on Tuesday.

When Yu Kai, director of the Changqiao Market Regulation Station, received an alert about people trapped in an elevator at the residential complex, he checked the location, type of elevator and information of the maintenance company immediately in the message sent to his mobile phone.

Real-time images from inside the elevator were also sent to his phone.

At the same time, the property manager of the residential complex and staff at the elevator's repair and maintenance company also received the alert. 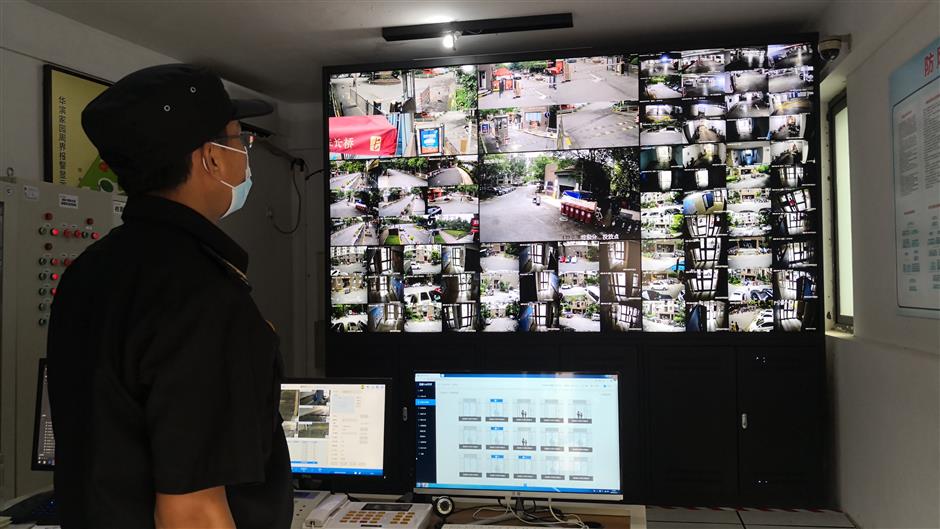 A security guard with the property management company rushed to the scene, and a company worker confirmed the resident's safety and kept him calm by communicating via an audio system.

After about five minutes, repair workers arrived at the scene and the elevator was back in action and the resident rescued within 10 minutes.

"Once the elevator has a problem and the door is closed for over two minutes under such circumstances, the system will alert officials, property management and elevator maintenance companies," said Yu.

Based on the city's elevator safety management regulations, repair workers should arrive at the scene and complete a rescue within 30 minutes after being alerted.

"A few repair and maintenance companies have been found with irregularities the time taken for rescues, which poses potential safety hazards," said Zhou Yongmin, an official with the special equipment safety supervision department of the administration. "Officials are able to monitor the rescue process via the system, eliminating hazards."

Shanghai registered 540,248 elevators, large amusement facilities and boilers by the end of 2019, an increase of 3 percent from a year earlier, according to a report.

Among them, 263,913 were elevators, and a large number have been in service for over 15 years.

Remote-monitoring devices were installed on 12,589 elevators citywide last year, and 12,000 were posted with QR codes which allow passengers to track the maintenance records of these elevators, the administration said.