New types of drugs in the form of sleeping pills and stimulants have become a great threat to society, prosecutors in Xuhui District said on Wednesday, ahead of Friday’s International Day Against Drug Abuse and Illicit Trafficking.

Last year the district’s procuratorate charged 65 people in 56 cases related to new drugs, accounting for 42 percent of all drug-related cases.

To prevent such drugs circulating on online markets, prosecutors said they will call on e-commerce platforms and logistics companies to enhance supervision.

In one of last year’s cases, a dealer hid drugs inside stuffed panda toys before mailing them to a customer, thus evading the deliver company's checks.

The customer was caught by police when he was trying to sell the methamphetamine that had been hidden inside.

In another case, the seller of drug called rhino sent the buyer a link to shampoo on e-commerce platform for payment.

Hong Ping, a prosecutor, told Shanghai Daily the procuratorate had suggested these platforms and companies give stricter checks on products which could be used to conceal drugs.

"The express companies promised to pay attention to this issue but there's truly a problem that it will cost them a lot on labor and expense. So now we are working together to sort it out."

Recently, local procuratorates charged nearly 100 people in 71 drug-related cases. The amount of drugs involved in these cases reached some 130 kilograms.

The Shanghai People's Procuratorate said local prosecutors had seen a downward trend in the past three years but new problems had emerged. For example, some psychotropic drugs were disguised as diet or sleeping pills for sale on WeChat or e-commerce platforms, which could cause young people suffering obesity or insomnia to become victims of such drugs. 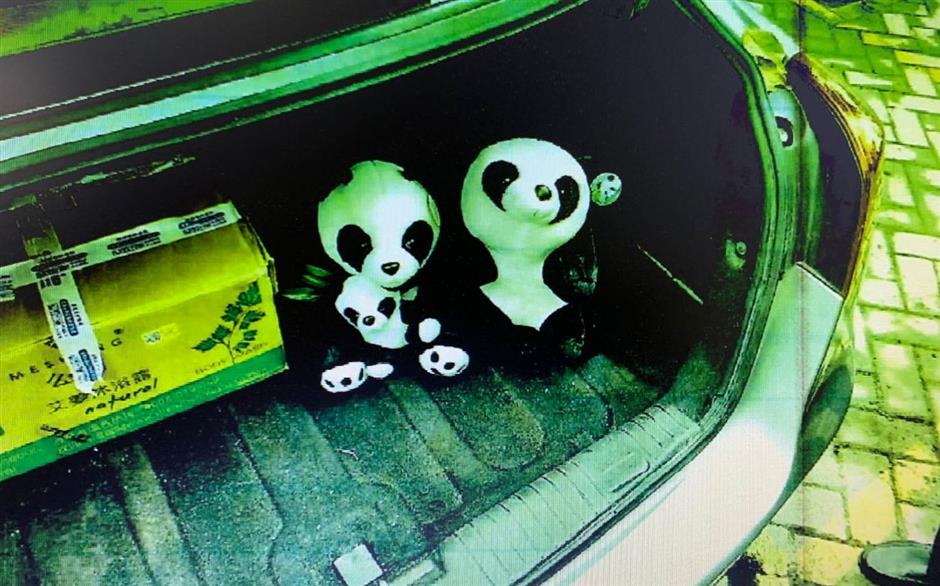 Stuffed panda toys were used to conceal drugs in one deal intercepted by police.