According to Dr Zhou Jia, president of Yueyang, acupuncture anesthesia is a special anesthetic measure supporting surgery in China. It can sedate, control pain, stabilize circulation and protect organs and is considered an effective replacement or supplement to modern anesthesia.

“Enhanced recovery after surgery, or ERAS, is a new theory and treatment and rehabilitation concept in the 21st century,” Zhou said. “Acupuncture anesthesia has its effects before, during and after surgery and can speed up after-surgery recovery.”

Since 2005, Zhou started to lead his team of the research on acupuncture anesthesia for patients with heart surgery and has successfully reduced the use of anesthetic by 60 to 70 percent through acupuncture anesthesia to protect organs, reduce complications, enhance after-surgery recovery and eventually reduce patients’ medical burden.

Zhou’s team started to introduce acupuncture anesthesia during chest and lung surgery in 2009 and has received good response.

Doctors have then expanded the method to more surgeries involving the neck, breast, bone joints, stomach and also for gastroscopy and colonoscopy exams. The hospital has become the largest clinical center for acupuncture anesthesia in the nation.

“Minimally invasive surgery for early-stage lung cancer is the standard procedure, which requires trachea cannula general anesthesia. It is a typical combination of ‘small surgery’ and ‘big anesthesia.’ Through acupuncture anesthesia, the quantity of anesthetics used in the surgery is only 30 percent and acupuncture is also used for after-surgery sedation and pain control, greatly reducing the use of painkillers and complications,” Zhou added. 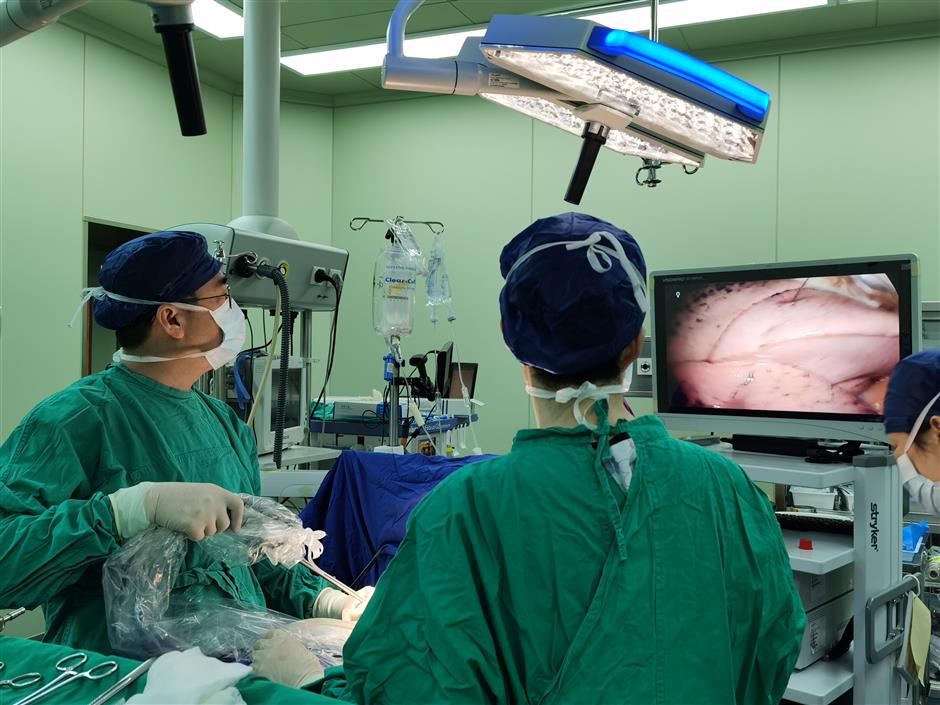