City's iron and steel center to be reborn as smart city 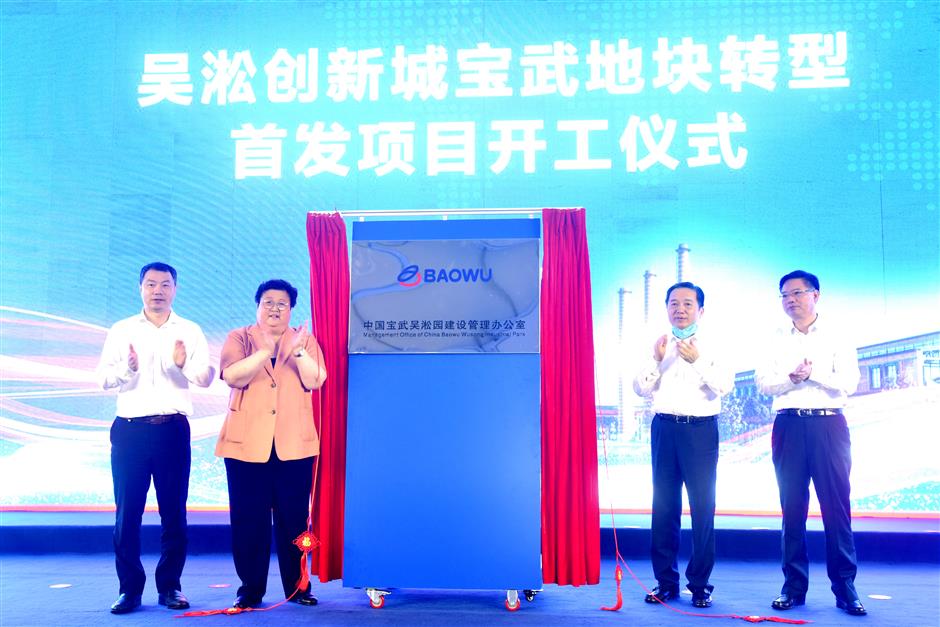 Work begun on Sunday at the site of Shanghai’s former iron and steel industry with the aim of transforming it into a “smart city” featuring scientific innovation, business and tourism.

The Wusong area in Baoshan District, known as the cradle of China’s modern industry, was home to the renowned Baosteel Group and more than 300 other metal refineries and chemical engineering plants dating back to the 1930s.

Most of the factories have shut down or been relocated due to pollution problems. Now the 26-square-kilometer site will be transformed into the Wusong Smart City, a subcenter with new material and hardware industries, scientific and cultural innovation parks, commerce and business facilities, residential communities and waterfront attractions.

Work started on the first batch of projects on Sunday to turn  former stainless and special steel production lines of Baosteel into a business district featuring three 200-meter-tall office buildings and a commercial complex for cultural performances, theaters, art exhibitions, stores and eateries as well as parks.

The smart city on Youyi, Tongji, Changjiang Road W. and Jiangyang Road N. was once home to the city's earliest iron-steel plants — the No. 1 and No. 5 Shanghai Steel Factory — and later became the core production base of Baosteel.

The redevelopment project aims to become a demonstration for the transformation of old industrial bases across the country, as well as a gathering place for innovation, entrepreneurship and tourism.

The future Wusong Smart City will have a park at its core along with a business center in the Yanghang area and a cultural center on the waterfront of the Yangtze River, according to the blueprint.

The riverside regions of the Huangpu and Wenzaobang rivers will be developed for sightseeing and recreation. 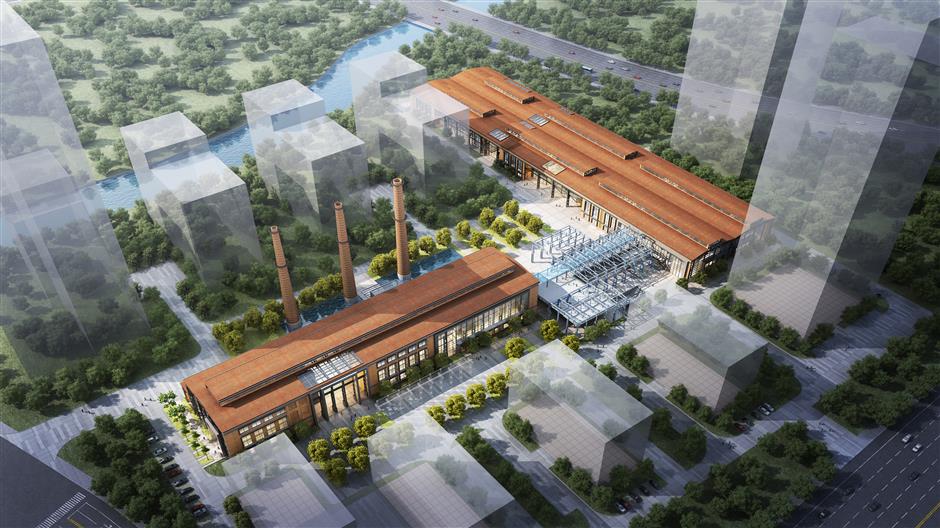 An artistic rendition of the initial renewal project for a former L-shape stainless steel workshop.

In 1938, the Shanghai No. 1 Steel Factory was built in the region, marking the beginning of Wusong’s glorious iron-steel history. Amid a nationwide steelmaking trend in 1958, a large swathe of state-owned industrial companies were based in the area.

These lucrative industries boosted the development of Baoshan and the city, but also led to pollution problems. The city and district governments have invested heavily to fight pollution in the region since 2000.

The Baoshan government signed a contract with Baosteel in 2016 to begin the transformation of part of its production sites. Many production lines near the downtown region, such as the special steel production base, were shut down and relocated. 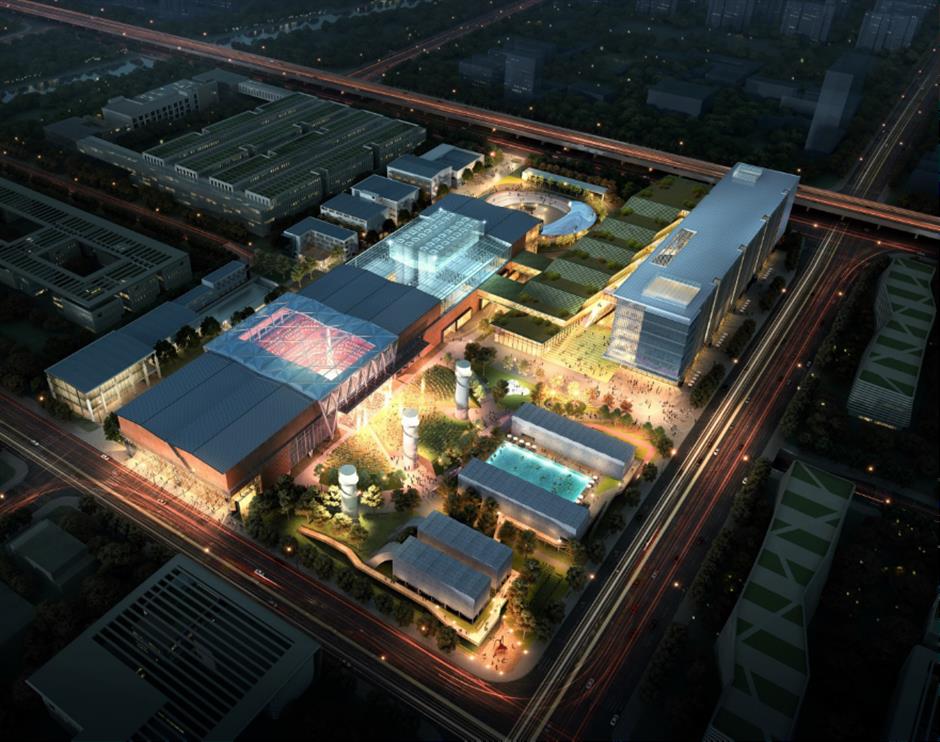 An artistic rendition of the redevelopment of former warehouses. 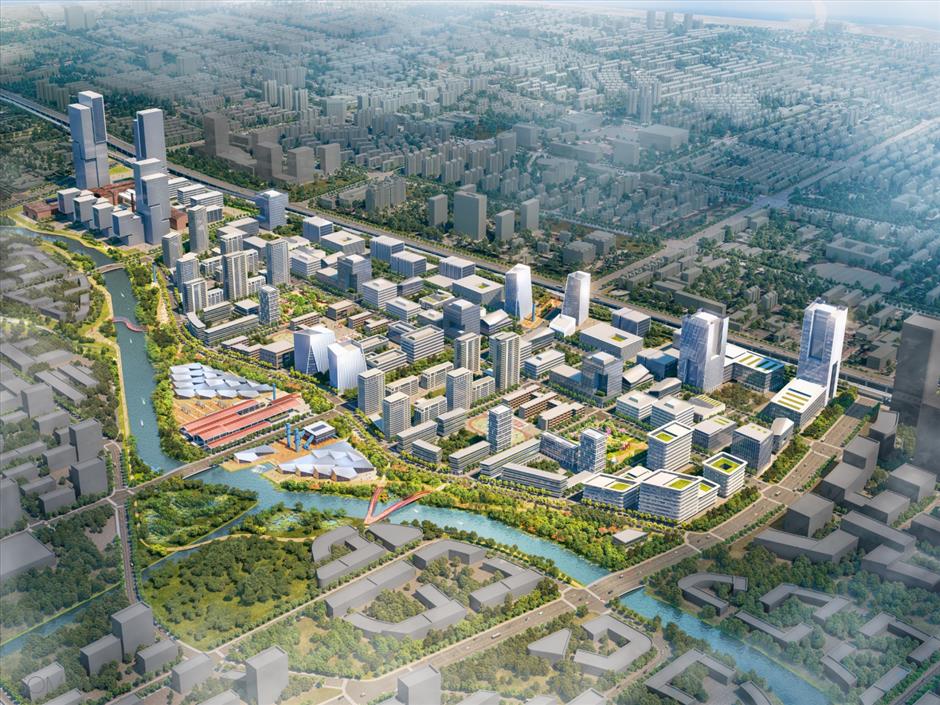 An artistic rendition of the initial redevelopment project for the Wusong area.