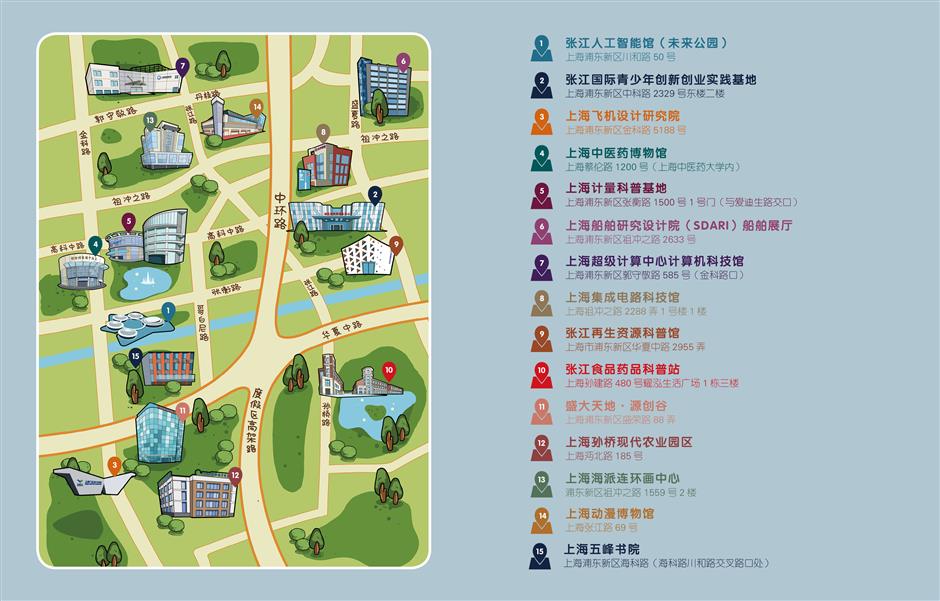 Zhangjiang has become the first area of the city to map a journey into science for children.

Zhangjiang, known as the city’s innovation highland with 15 museums, science facilities and research centers, has designed a scientific tourist route for children.

It hopes to provide a small window into science for young children, and foster budding scientists.

In the Shanghai Merchant Ship Design & Research Institute, children will be impressed by the country’s shipbuilding industries through holographic projection display and simulation experience.

The Shanghai Museum of Traditional Chinese Medicine leads children to explore the culture and history of TCM, and understand the role of TCM in today’s medicine, including treatment of COVID-19.

Shanghai Supercomputer Center has opened a science and technology museum, where children can get to know the 80-year-development of computers.

Last year, the Shanghai Supercomputer Center introduced “Magic Cube III,” a petaflop supercomputer with a peak speed of 3.3 petaflops. A petaflop is a quadrillion floating-point operations per second.