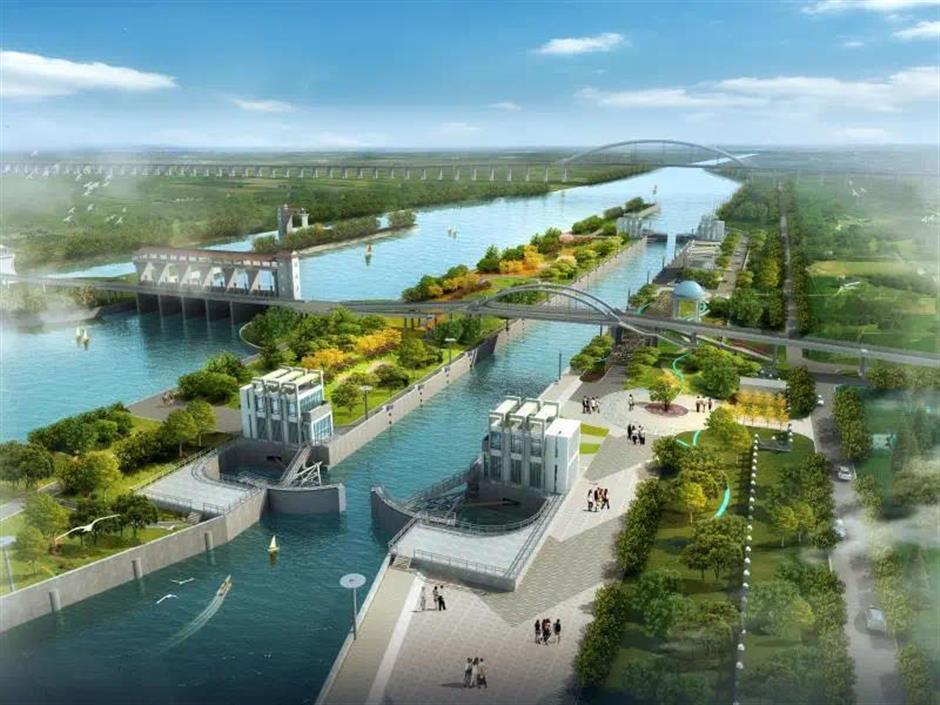 It will be the largest inland river hub in Shanghai reaching the 1,000-ton level after official operation starts on July 1.

The ship lock will be the west terminal of the Dazhi-Luchao channel, at the junction of Huangpu River and Dazhi River in the Pudong New Area, as a key position of the city’s channel network.

The four-year project, undertaken by Shanghai Chengtou Waterway Construction Co, is designed with a passing capacity of 29 million tons per year.

Before the second-line ship lock, the old west lock built in 1979 only had a passing capacity of 12 million tons per year and a load limit of 300 tons, which could not serve current demand.

After it comes into operation, 1,000-ton/90 TEU inland container ships will be able to enter the Luchao Port area from Huangpu River, at the same time benefiting the regional environment and flood control.

“The smooth navigation of the second line lock is a milestone for the city’s development, which will also back up the regional economy and ensure the operation safety,” said Zhang Lin, deputy director of Shanghai Transportation Committee. 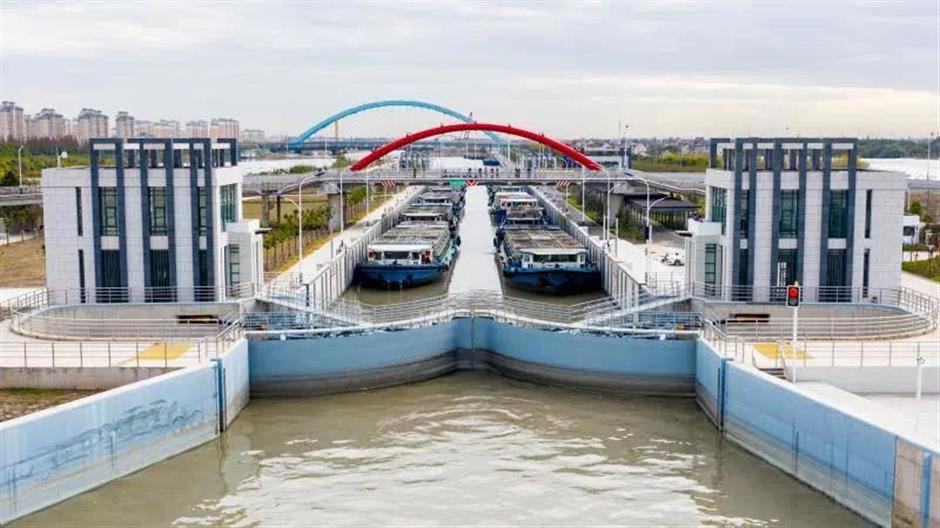 The Dazhi River West Hub second line lock will be the largest inland river hub in Shanghai after operation starts on July 1.