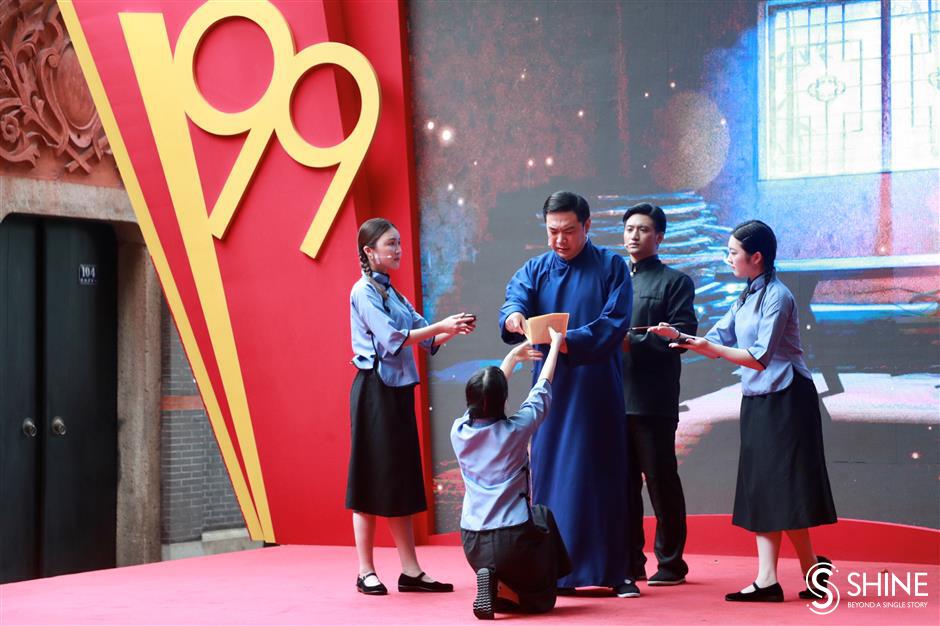 A drama about Chen Wangdao, who translated “The Communist Manifesto,” is performed in front of the site of the first national congress of the Communist Party of China.

Performances were staged in front of the site of the first national congress of the Communist Party of China in Shanghai on Monday to celebrate the 99th anniversary of the establishment of the Party.

Dramas, recitations and songs were performed by students and teachers from eight colleges and schools in the city, including Fudan, Tongji and Shanghai Jiao Tong universities, and Caoyang No. 2 High School. In the audience were Chen Qun, Shanghai’s vice mayor, Yu Lijuan, deputy secretary-general of the Shanghai government, education officials and 200 representatives from these institutions.

The event was organized by the Shanghai Education Commission to help students learn about the history of the Communist Party of China, the People’s Republic of China, reform and opening up in China and the development of socialism, as well as China’s fight against the COVID-19 pandemic.

A drama performed by students and teachers from Fudan University told the story of how Cheng Wangdao, former president of the university, had translated “The Communist Manifesto” into Chinese.

Chen was the first Chinese translator of the work written by Karl Marx and Friedrich Engels. He translated it between 1919 and 1920 when he was 29 based on Japanese and English versions, believing communism to be the way forward for China.

The drama showed when Chen was working on the translation at his home in the spring of 1920, his mother put zongzi, traditional glutinous rice dumplings, together with a bowl containing brown sugar on his desk. Chen should have dipped the zongzi into the sugar before eating, but mistook the ink stone as the sugar bowl without realizing his mistake. When he realized the mistake, he said it was sweet as it was the taste of truth.

An online contest on knowledge of history was also launched during the event which will run to July 4. Each competitor will face 10 questions and those giving the right answers to at least nine will take part in lucky draws.

Other universities are also hosting activities to celebrate the anniversary.

Shanghai University of Finance and Economics signed an agreement with the Shanghai Charity Foundation on Monday to sponsor activities to help students learn more about the history of the country and the party.

In the following year, the foundation will bring classic performances about the history of China and its development from seven artistic troupes, including the Shanghai Philharmonic Orchestra, Shanghai Opera House and Shanghai Juju Opera Troupe, to the university and open the performances to other colleges and communities. Teachers and students will perform together with professional performers.

East China University of Science and Technology has developed a virtual-reality system that enables users to tour important places along the Red Army’s Long March.

The idea to develop the system came from Hao Ziqiang, a third-year student of the university’s business school. Hao had joined a student team in the university to walk the route last summer.

When they visited the Kedu Memorial Museum of the Long March in Yunnan Province, the curator, Ma, told them the facility had been in disrepair for years and some places could no longer open to tourists. Ma also said the way the exhibits were displayed was out of date and could not attract young people.

Hao and his team mates used virtual reality and multi-media technologies to create the system to restore the memorial and other museums along the march route.

The university said it will add more content to the system to build a complete digital museum for the march and enable people to have virtual tours to the museums and memorials. 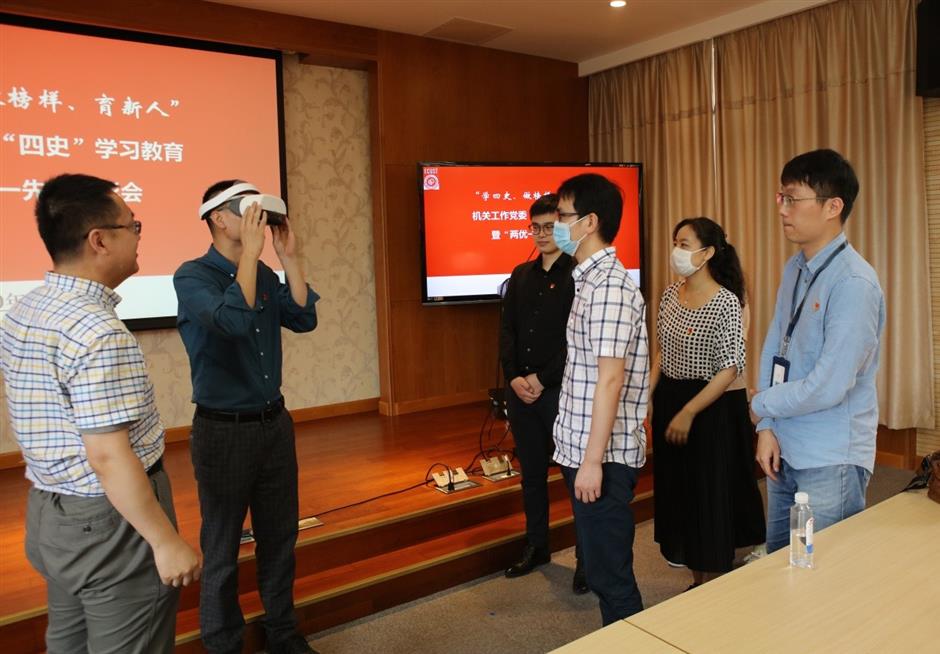 East China University of Science and Technology has developed a virtual-reality system that enables users to tour important places along the Red Army’s Long March.