Putuo government officials ink agreements with a batch of companies to make a foray into the digital economy.

Putuo District has listed the digital economy as a major engine to drive the development of the region in the wake of a national and citywide campaign.

The northwest downtown district aims to become a giant in digital industry development, management exploration and application demonstration. By the end of 2025, the scale of Putuo’s regional economy will hit 100 billion yuan (US$14.1 billion), with five leading companies in the digital economy sectors based in the district.

The intelligent software, research and development services and fintech are expected to be the three key pillar industries in Putuo by 2025. While social and economic development has been heavily impacted by the novel coronavirus outbreak, new industries supported by digital technologies, such as big data and artificial intelligence, have been rising rapidly.

Li Gang, Putuo’s director of the investment promotion office, says the digital economy is the “new tool and key” to drive the industrial development of Putuo. A number of digital giants such as Alibaba, 360, JD and ByteDance set up base in Putuo this year to further drive the development of the digital sectors in the area. The district also hosts a number of industrial forums related to the digital economy, such as the Internet film summit, China Voice Conference and cross-border e-commerce summit.

Between January and May, Putuo attracted 1,415 new domestic companies, with a total registration fund of over 10 billion yuan, along with 86 foreign investment projects totaling US$789 million, a 7.87 percent increase on year despite the COVID-19. The new companies have generated a revenue of 120 million yuan, nearly 20 percent of which was created by digital economy-related companies.

In the latest deal, Putuo signed an agreement with JD Cloud & AI to help develop the downtown district into a digital economy leader in the Yangtze River Delta region. JD Cloud & AI, under Internet giant JD.com, will establish its online sellers’ services and network operations at a digital economy industrial center in Putuo.

Putuo and JD signed an initial cooperation agreement on March 31. Both sides plan to carry out deep cooperation at JD’s cloud digital economy regional headquarters, the smart manufacturing and digital logistic industry park, as well as Asia’s No. 1 logistic projects.

In May, Alibaba set up its digital agricultural supply chain center in Putuo, focusing on digital economy and precise poverty alleviation. The center will take charge of the national wholesale, account settlement, exhibition, smart warehouse and intelligent delivery for the digital agricultural sector of Alibaba.

“An industry cluster of logistics and retail is expected to be attracted to the region with the Alibaba center,” Li said. 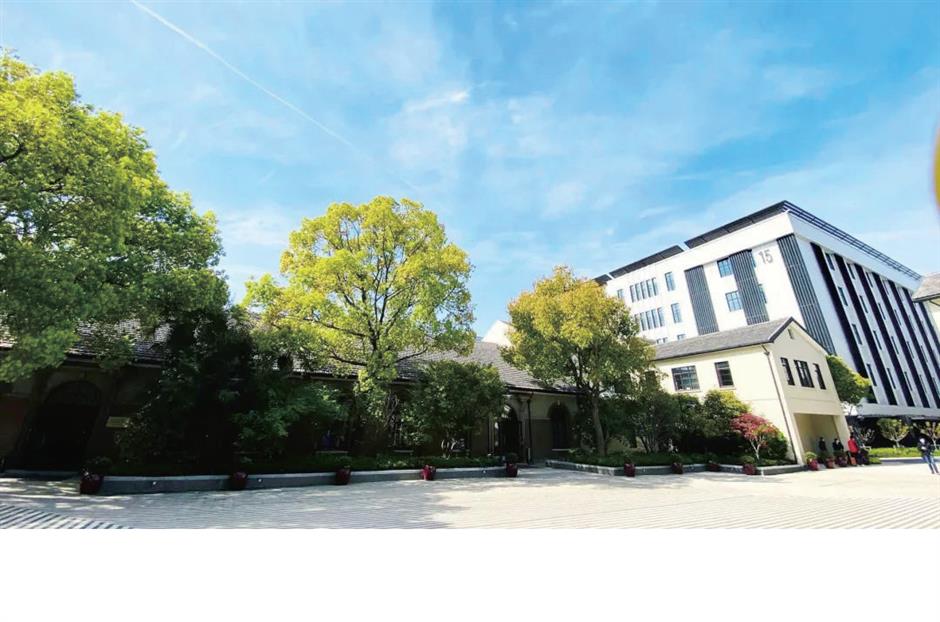 To help the project’s settlement, Putuo has established a special team to negotiate with the district’s commerce commission, planning authority, Taopu Town and the Taopu Smart City.

Another key project, China’s “Honor of Kings” competition, one of the world’s most profitable mobile games, has been launched in Putuo. The East China postseason contest of the King Pro League is being held at the newly unveiled ESP eSports Experience Center in the Changfeng business district along Suzhou Creek.

The ESP (Electronics Sports Park) center is expected to host over 350 games a year. It mainly caters for people between the ages of 12 and 30 with eSports, animation, new retail and cultural innovation businesses. Ten teams will compete in the KPL post season contest at the center in two weeks’ time.

Putuo has made eSports one of its key industries, the district’s culture and tourism bureau said, to serve the city’s ambition to become a global eSports capital.

Over 20 eSports companies have been attracted to the ESP center since it was opened to entertainment companies on April 28. Several other key eSports venues have also been developed in Putuo, such as the IMBA eSports center at Global Harbor Mall, the biggest downtown shopping mall, and an eSports Internet bar at Huxi Workers’ Cultural Palace.

To attract and better serve these projects, senior Putuo officials have been working with the district’s investment promotion office to communicate and negotiate with companies online during the pandemic.

“We’ve talked with many districts in Shanghai. They generally have a good business environment, but Putuo turns out to be the most efficient with the best services and sincerity,” said an official with China’s online security giant 360, which has based its East China headquarters in Putuo. Through video conferences and remote communications, the project settled in Putuo in three months during the COVID-19 pandemic.

Putuo has the “gene” and advantage to develop the new online economy. As a major gateway connecting Shanghai and the Yangtze River Delta region, Putuo has become the birthplace of many influential private firms, such as Fosun, Yuexing, Ele.me and Boke.

“The stable entrepreneurship environment and services have helped Boke grow rapidly in Putuo within a decade,” said Xu Renbin, CEO of the online game company that is based at the Universal Software Park since 2010. 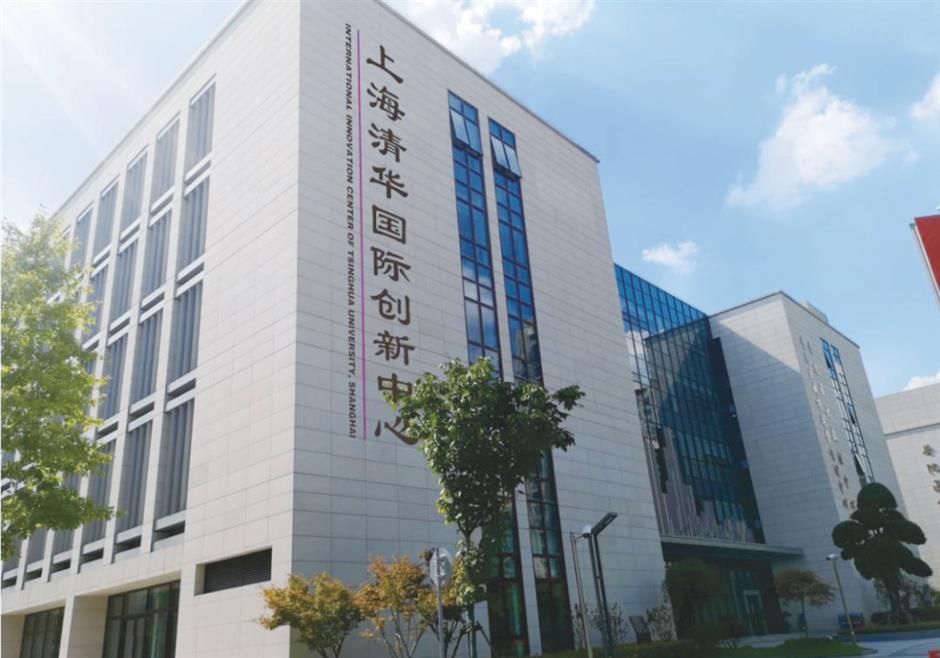 The online game company is operating over 40 innovative online games with over 400 million registered customers. The number of monthly active players has exceeded 20 million.

The district government has been cooperating with the main communication carriers — China Mobile, China Telecom, China Unicom and China Tower — to optimize its 5G coverage, a key infrastructure for the digital economy. According to the blueprint, 500 outdoor 5G base stations will be built this year to cover 50 key office buildings and five industrial parks.

Putuo has also been optimizing its business environment to serve the companies. The district has released a dozen supportive policies to help them, especially the small and medium-sized enterprises, get through the COVID-19 period. They include housing rent exemption, talent-housing subsidies, prolonged tax declaration, financial support for policy-guaranteed loans and an optimized business environment. The measures have helped companies resume operations while reducing losses.

Shouqianba, a mobile payment service provider, based in Putuo since 2013, has also been assisting brick-and-mortar shops to overcome the impact brought by COVID-19. The company offered 2 million yuan in subsidies to help small stores to resume operation as the epidemic wanes. 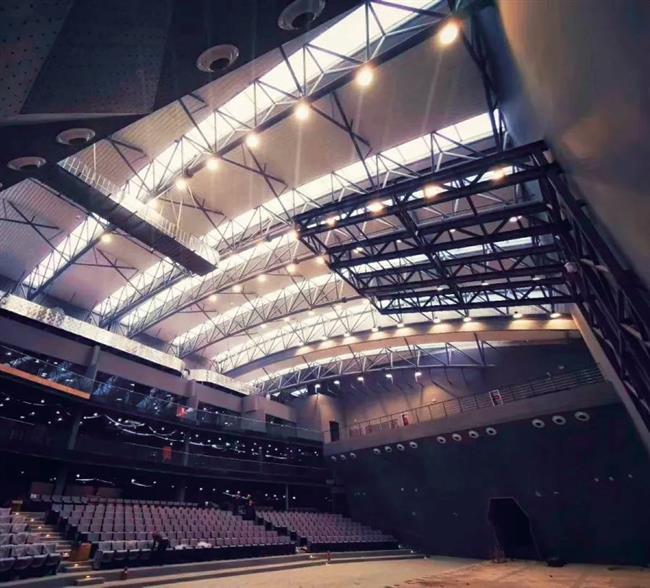