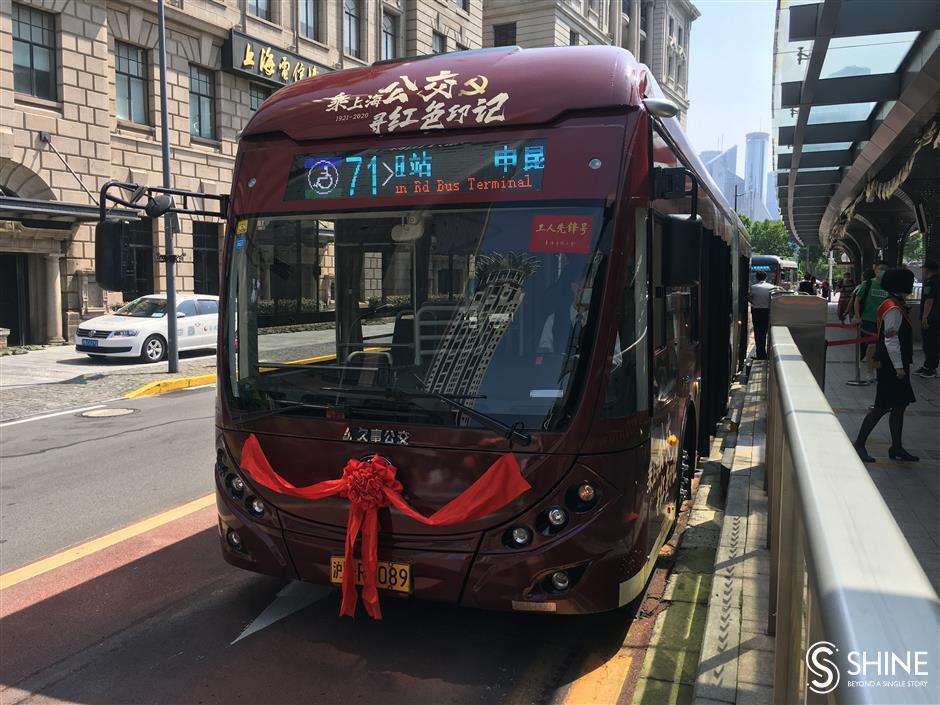 At Yan'an Road E. Station near the Bund, a red-themed bus of Line 71 is officially put into operation on Tuesday.

Shanghai's Jiushi Bus Group introduced the first red-themed bus on Tuesday in celebration of the founding of the Communist Party of China (CPC), which falls on Wednesday.

With the support of the city’s transportation commission, a bus on Line 71 was decorated red to raise awareness of the history of the CPC, the People’s Republic of China, reform and opening-up and the development of socialism.

Passengers can also learn about historical sites from the bus conductor, who will provide guide services along the route.

Line 71 is among the busiest bus lines in Shanghai, with daily passenger numbers averaging 52,000 last year.

It shuttles between the Bund and the Shenkun Road transport hub near the Hongqiao International Airport, passing through many tourist hotspots including the site of the First National Congress of the CPC, the former residence of Soong Ching Ling and the Shanghai Exhibition Center.

An exhibition focusing on the bus industry will be also unveiled during the following week at the Bund Station. Visitors can learn about the latest technological, ecological and cultural developments within the industry. 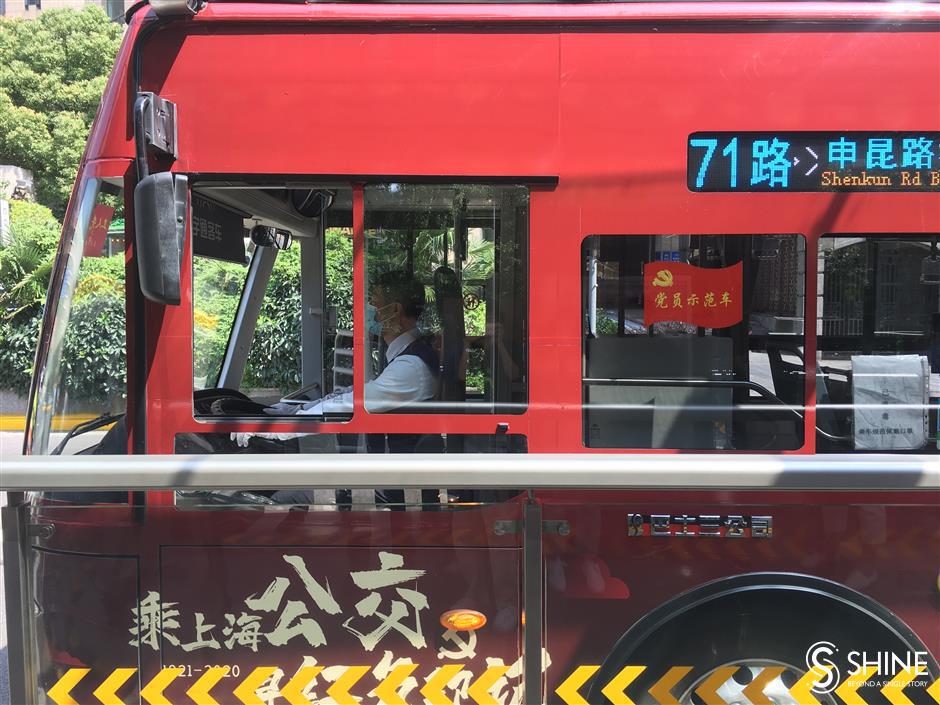 The red decoration aims to raise awareness of the CPC, the People’s Republic of China, reform and opening-up and the development of socialism. 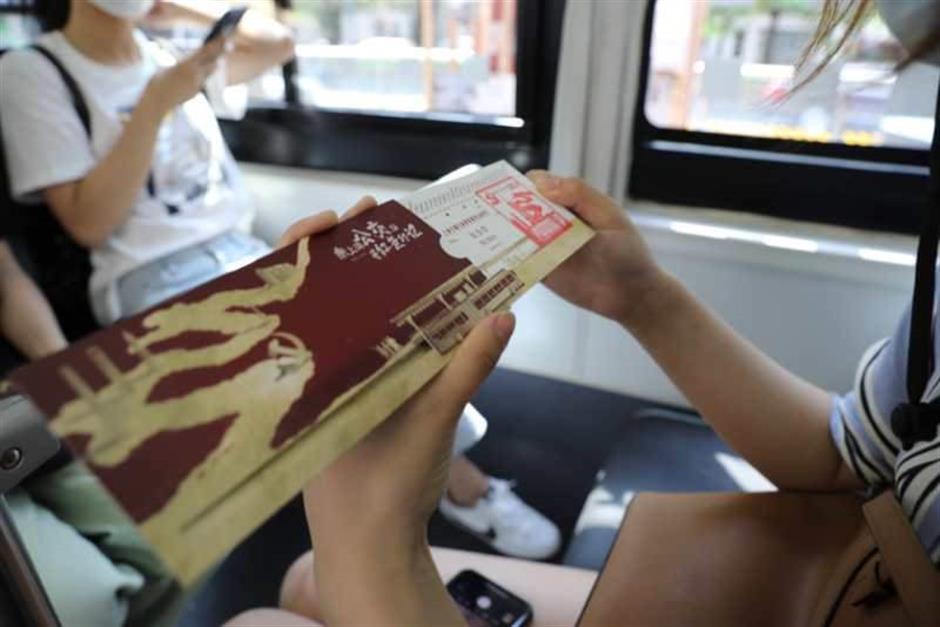 A passenger holds a special bus ticket in commemoration of the establishment of the Communist Party of China.