Moments in Jing'an District in June 2020

On top of food and entertainment, Anyi Road’s popular night fair featured local police officers promoting awareness of the law. Police officers Zhou Shiqi and Ma Xiaoliang, both of whom became well known after appearing in the e-documentary series “Shanghai Police, Real Stories,” visited the fair and educated people on how to avoid being a victim of telecom fraud. The two-month event was livestreamed and attracted nearly 1 million viewers. “We want to interact with people, reach them and let them feel that Shanghai is a safe city,” Zhou said. 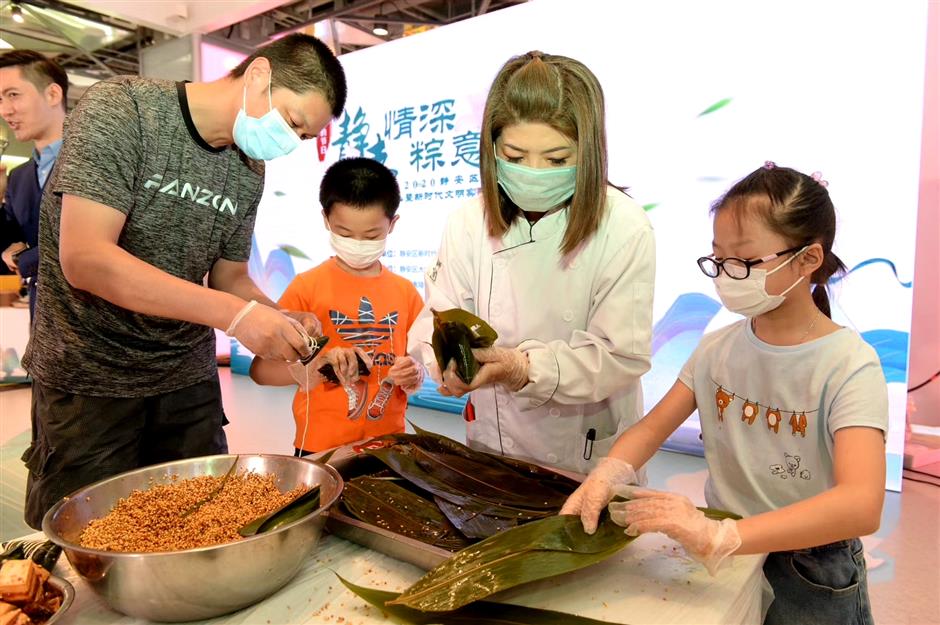 Daning Road Subdistrict partnered with Yiling District in Yichang City, Hubei Province, on a livestream event celebrating Dragon Boat Festival. Yichang is homeland to Qu Yuan, a renowned patriotic poet from the Warring States Period (475-221 BC) who drowned himself after his motherland was invaded. Legend has it that after learning of his death, locals paddled boats hoping to salvage his body but failed, subsequently dropping packets of rice into the river to prevent fish from eating his body.

Over time, that practice developed into the tradition of eating zongzi, glutinous rice dumplings with salty or sweet stuffing wrapped in a bamboo leaf, during Dragon Boat Festival. At Daning Mall’s Life Hub, local residents learned to wrap Shanghai-style zongzi, while more than 1,000 kilometers away in Yiling, local officials introduced their specialties to the people of Shanghai at a public square along the Yangtze River. Another highlight was a charity bazaar to promote products such as tea and tea-flavor zongzi from Yiling. 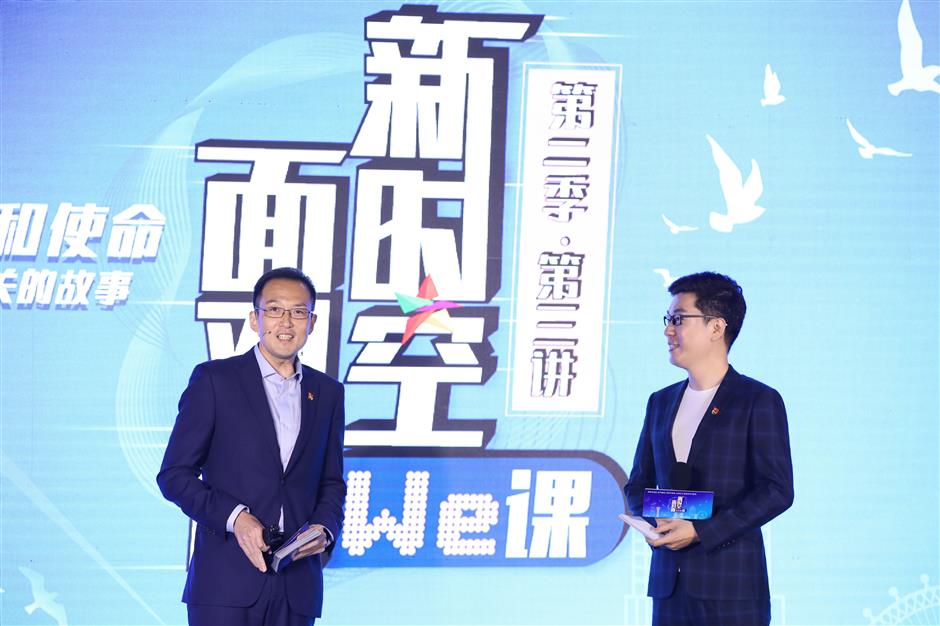 Renowned TV anchor Zang Xi shared his views on the role of the Chinese Communist Party with young people at a lecture held earlier this month at the former site of The Commercial Press, China’s first modern publishing house. “Grassroots Party work is very important,” said Zang, a senior Party member. “We should build a bridge between Party members and ordinary people, and we should understand what people need and solve their problems.” The Commercial Press was founded in 1897 by Xia Ruifang, then 26, and three friends, who bought the site on Tiantong’an Road to build its fifth printing factory. The other four factories were reduced to rubble during World War II, and only the No. 5 factory site remains. Restoration work on the building began in 2015, transforming it into a museum with protected status. 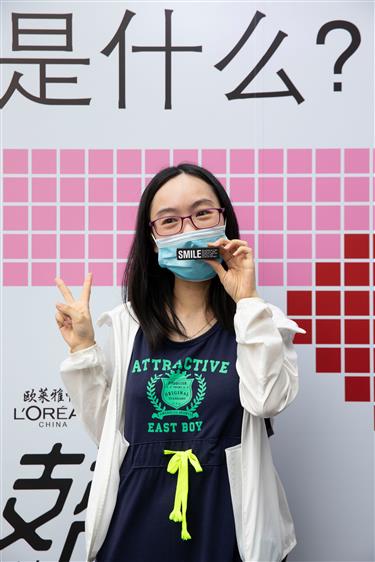 French cosmetics company L’Oréal, whose regional headquarters is in Jing’an, has launched a charity activity where people can exchange old lipstick for a new one. In three department stores, Reel, iapm and Shimao Festival, people can put used lipstick of any brand in a designated box and receive a new L’Oréal lipstick. The recycled lipsticks will be displayed in an art exhibition set to open on July 3 to raise sustainable-development awareness. 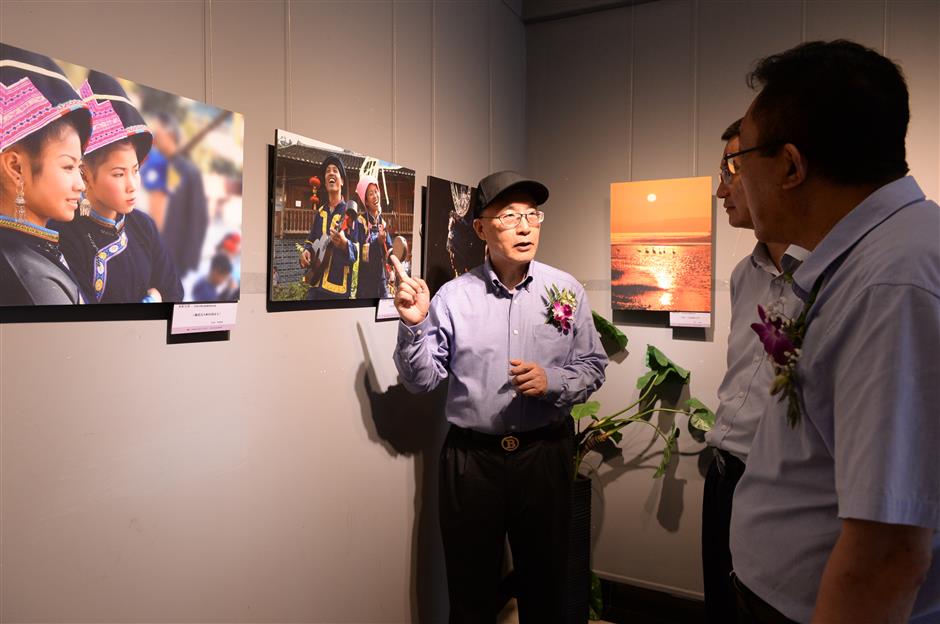 A photo exhibition showcasing the beautiful natural scenery and presentday development in Guizhou Province opened earlier this month at the Shanghai Mylnikov Art Museum in Jing’an. The exhibition, co-organized by Guizhou Nationalities Museum, provides a view of rural, remote Guizhou and the poverty-relief work taking place there. The number of poverty-stricken people in Guizhou has decreased significantly over the past few years — from 9.23 million in 2012 to 308,300 in 2019. 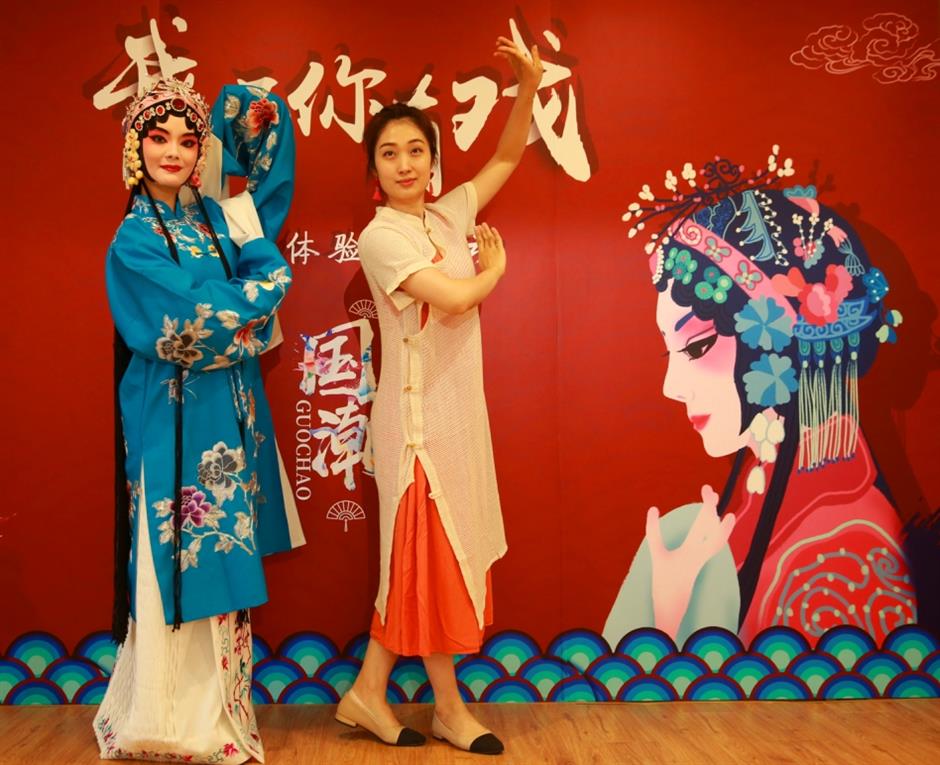 Beizhan Subdistrict’s annual opera week took place earlier this month. In addition to performances and lectures, visitors were treated to a performance by professional Peking Opera artists, who also gave tips on how to wear makeup and costumes and sing on stage. Interactive activities like these aim to educate young people about traditional Chinese culture.