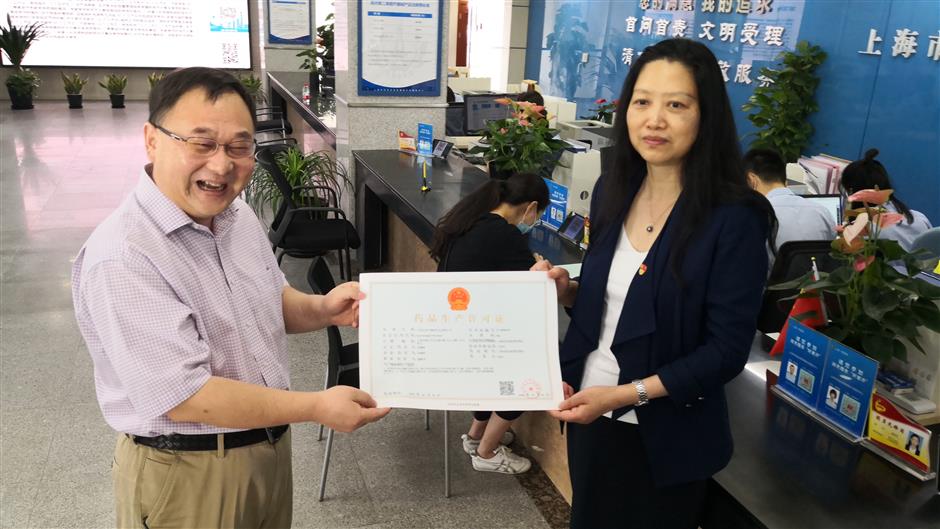 Some provinces require drug research institutes to obtain the license before they are allowed to participate in bidding and procurement, leaving them unable to enjoy some preferential policies, the Shanghai Drug Administration said.

The first license was issued to Anbison Lab.

"The reform will stimulate the innovation vitality of biomedicine companies," said Zhang Qing, deputy director of the administration.

Applications for drug manufacturing license from nine drug research institutes in Shanghai are being reviewed, according to the administration.