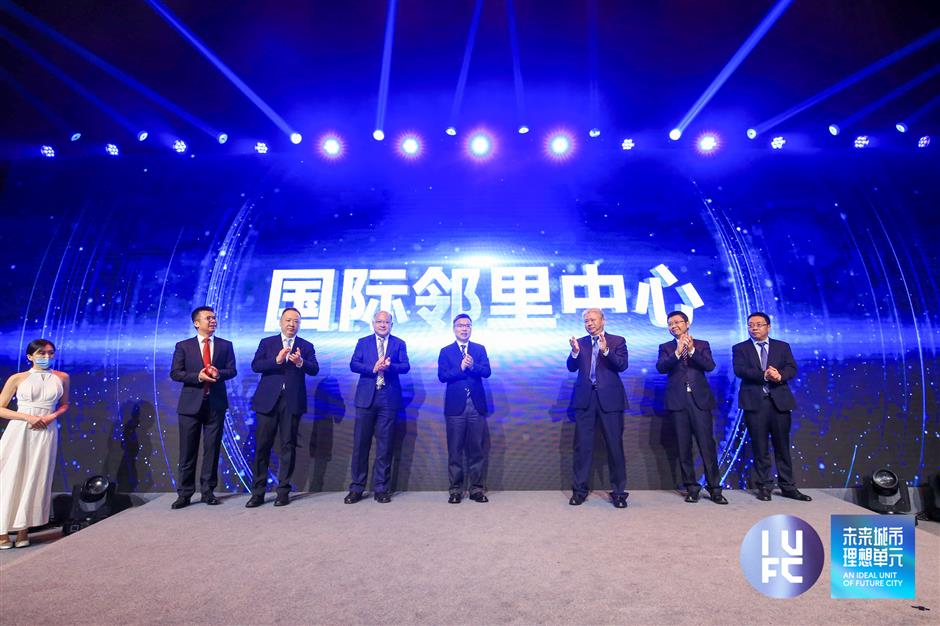 The 45,000-square-meter neighborhood center at the Caohejing High-tech Park aims to become a one-stop community service center for nearby residents and employees. It will integrate culture, sports, dining, babysitting, art exhibitions and other services.

The center is expected to drive the Caohejing park into a scientific innovation zone from a manufacturing industrial park, said Fang Shizhong, director of Xuhui District.

Fang unveiled the center at the first Urban Renewal Seminar along with architects taking part in urban projects in Xuhui. The seminar, organized by Jiefang Daily and the Xuhui government, discussed how to drive Shanghai’s future development through urban renewal projects.

The center is a latest demonstration of “an ideal unit of a future city,” the main topic of the seminar, said Fang. The new center will work with dozens of other smaller neighborhood centers across Xuhui’s subdistricts, towns and communities to offer convenient services for nearby inhabitants, he added.

Zhang Hai, senior vice president with Vanke and a leader of many local renovation projects, gives a speech at the seminar. 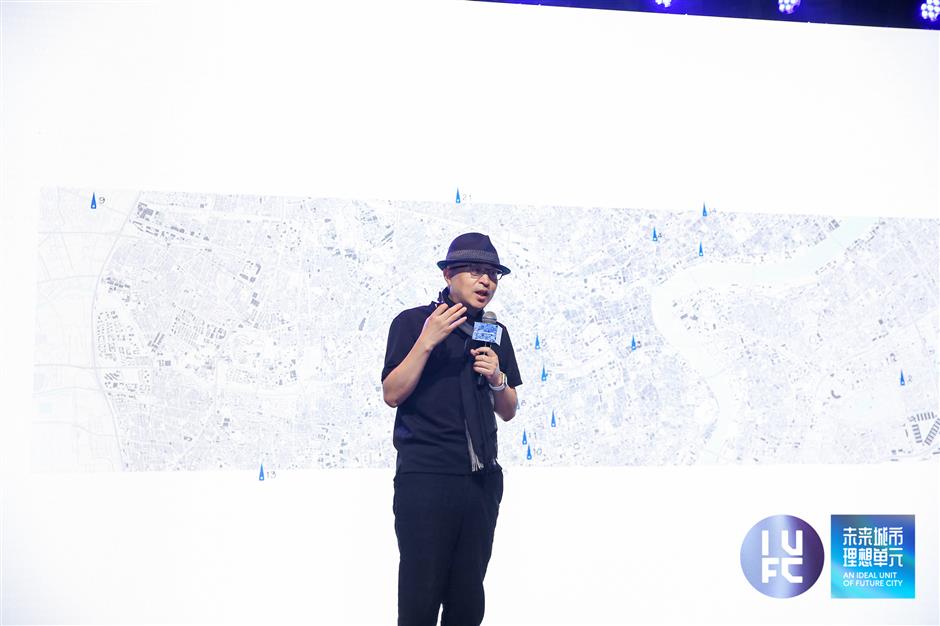 Architect Yu Ting shares his views on the urban renewal projects he has been in charge of.

“Nowadays architects should work like surgeons to sew up urban spaces which are separated during rapid urbanization,” said Tong Ming, a Tongji University professor and one of the community architects in the Caohejing Subdistrict.

Tong’s team is redeveloping an abandoned railway on Kaixuan Road, part of the old Shanghai-Hangzhou Railway. The team aims to turn the obsolete region residents prefer to avoid into a popular activity belt.

“Some old warehouses and factory buildings in Xuhui have been converted into neighborhood centers, while some small abandoned plots have become gardens and public space,” Tong said. Many of the centers are serving nearby residents to help create a 15-minute community circle downtown, he added.

Zhang Hai, Vanke’s senior vice president and leader of many local renovation projects, said the Qiaogao area of the Caohejing park is expected to become a new demonstration area for urban renewal.

“The area which once gathered many factories, workshops and production lines of local companies will have a new round of redevelopment to have multifunctions such as scientific innovation, commerce and culture,” Zhang said.

In 2015, he transformed a 30-square-meter quarter in a former water tower into a three-bedroom apartment in TV reality show “Dream Home.” Inspired by this success, he launched the “Urban Micro Space Revival Campaign” in old residential communities.

“The city has great culture and history as well as the world’s top technologies, so the East-meets-West city should have unique and excellent thinking for its urban renewal campaign,” Yu said. 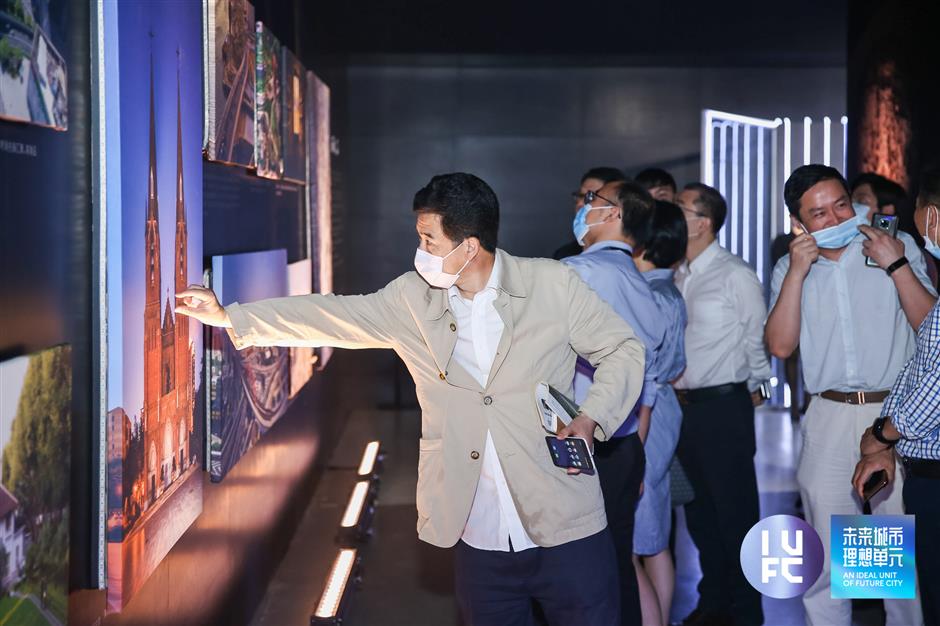 Visitors and guests at a photo exhibition about Xuhui's urban development in recent years on the sidelines of the seminar.