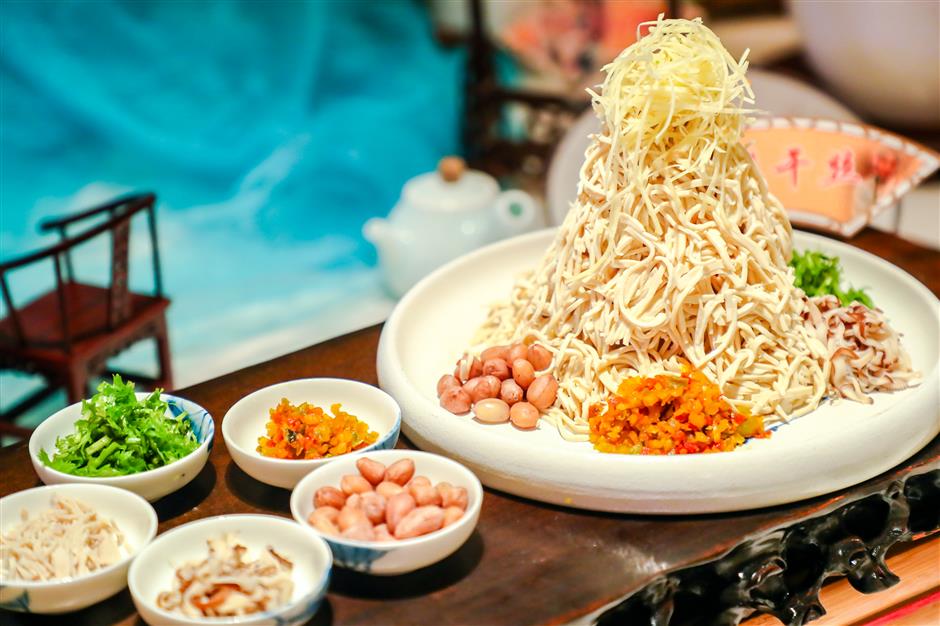 Taizhou delicacies on display during a promotional event. 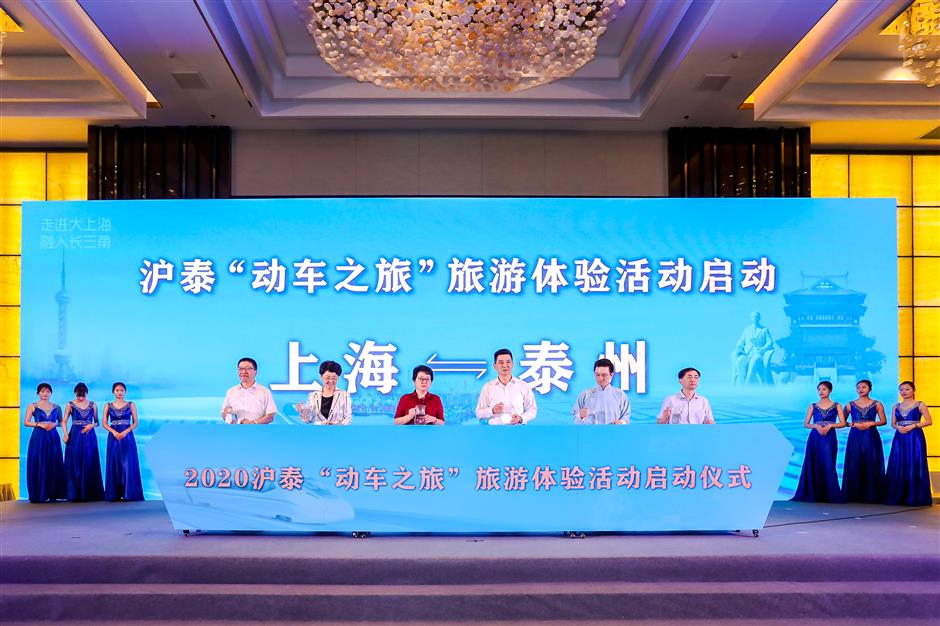 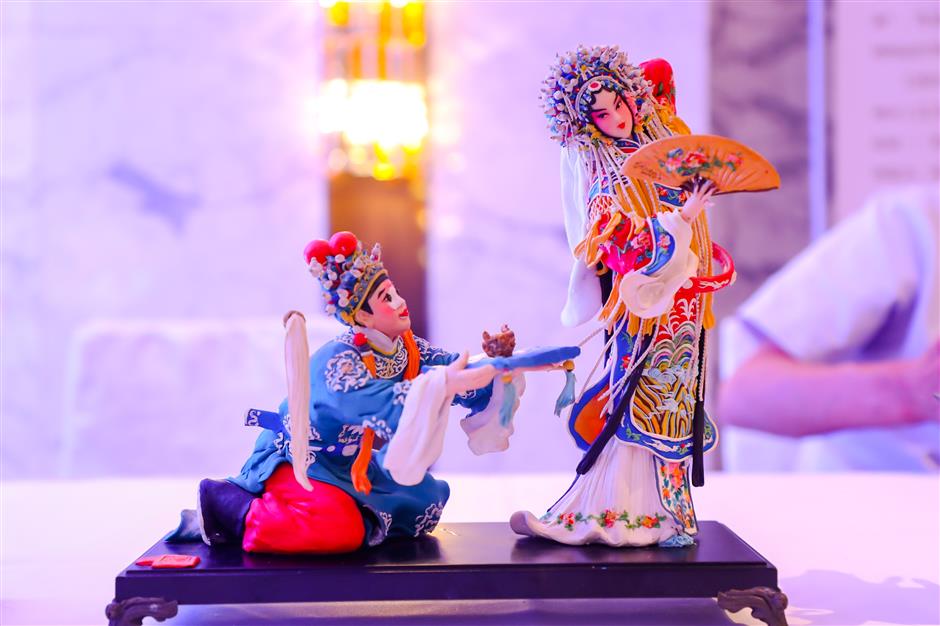 Traditional dough models from Taizhou on display during the event.

The intangible cultural heritage of Taizhou City, in neighboring Jiangsu Province, shined in Shanghai during a promotional event on Friday. Authorities from the city also distributed tourism coupons worth 10 million yuan (US$1.4 million) to travel agencies in Shanghai to revitalize the neighboring city's cultural and tourism industry upon the launch of the Shanghai-Suzhou-Nantong railway.

The incentives aim to subsidize travel agencies in Shanghai to bring tourists to Taizhou when interprovincial tourism resumes, the Taizhou City government said. 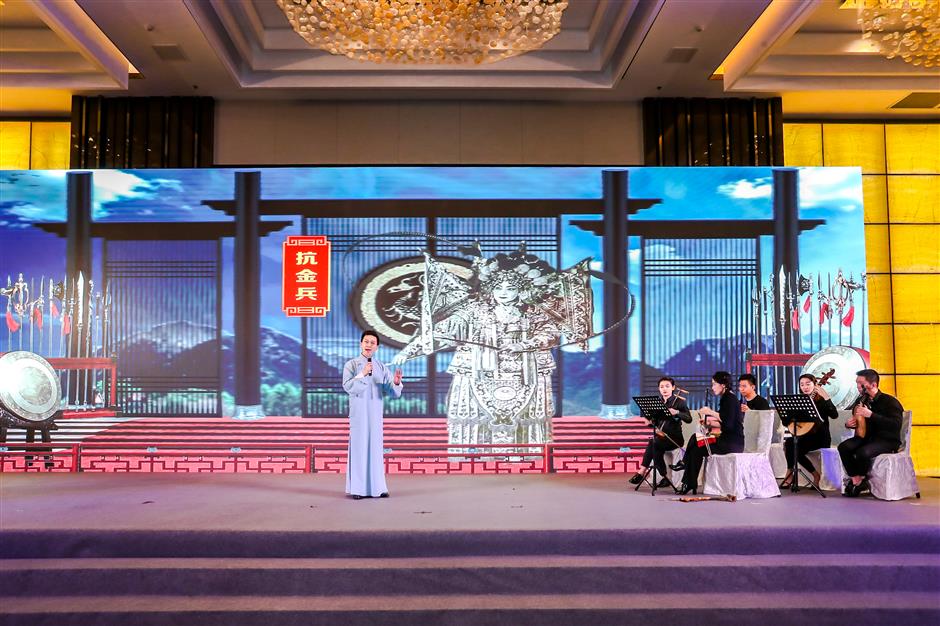 A performance is staged during the promotional event. 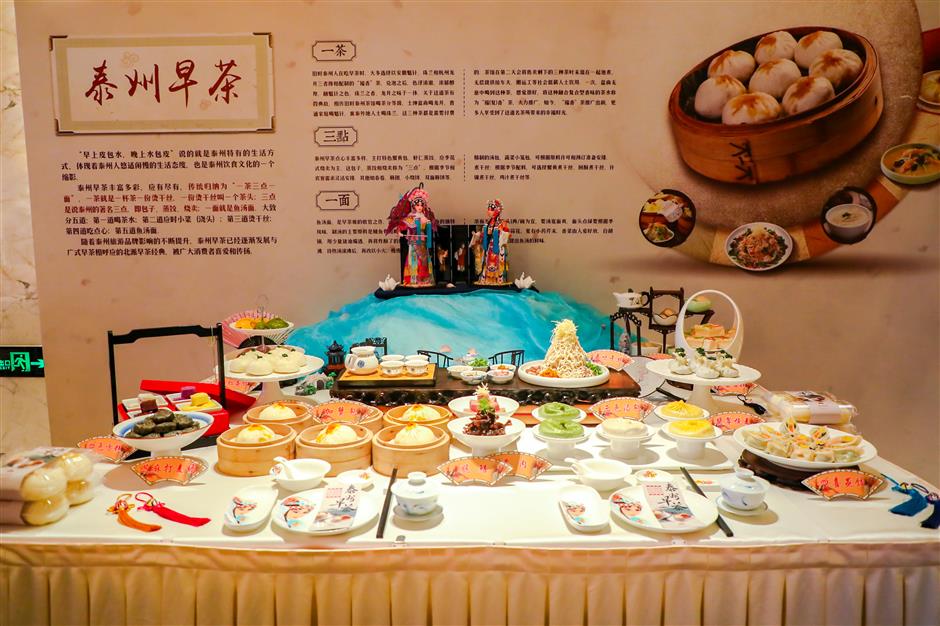 During the promotional event, hosted in Jing'an District, cultural and tourism authorities from Taizhou signed a strategic tourism agreement with their counterparts in Jing'an to deepen cooperation between Taizhou and Shanghai.

Taizhou morning tea and delicacies, as well as cultural heritage examples such as dough models and woodblock engravings, were displayed during the event, together with souvenirs from Taizhou.

By high-speed railway, it now takes two hours to travel from Shanghai to Taizhou.

In the center of Jiangsu, Taizhou boasts a variety of attractions such as the Qinhu Lake National Wetland Park, Qintong ancient town, Lizhong Water Forest scenic area, Qiuxue Lake scenic area and the former residence of Zheng Xie (1693-1765), commonly known by his pseudonym Zheng Banqiao, a celebrated painter of the Qing Dynasty (1644-1911).