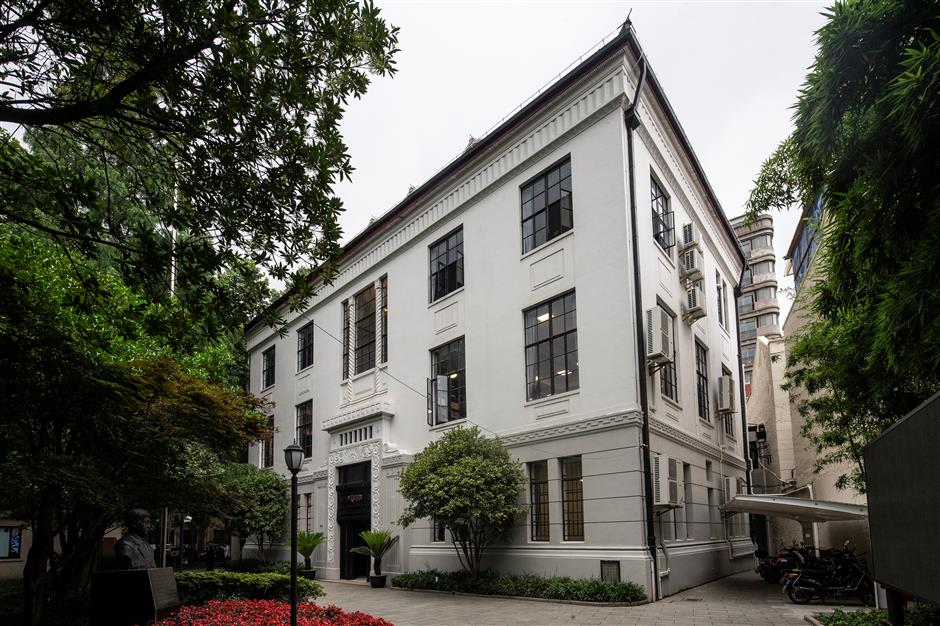 More than a century ago, Chinese students at the Cornell University in the United States founded the Science Society of China, which has played an important role in the scientific development of the nation.

The non-governmental academic organization was dismissed in 1959, but the heritage of China's pioneering scholars can still be found at the library of the society, which recently reopened to public after a yearlong facelift.

The Mingfu Library in Huangpu District, originally the Science Society of China Library, was opened in 1931 as China's first public science and technology library. It is named after Hu Mingfu, China's first doctor of mathematics.

Dr Sun Yat-sen’s son, Sun Ke, who then served as head of the legislative body and vice president of the Kuomintang government of the day, wrote an inscription to celebrate the founding of the library. The stone tablet has been preserved at the library.

The 89-year-old library is tucked away amid tall plane trees flanking Shaanxi Road S. and Shaoxing Road. It has a courtyard and three historical buildings — Mingfu, Huixin and Lele.

A major renovation was launched in February 2019 to repair the historical structures and restore their historical look, while improving the reading environment for the public.

The library was once the largest professional science library in the Far East. Ma Shanglong, a famous local writer, was the council chairman of the library. It has a collection of over 30,000 Chinese books and over 20,000 books in foreign languages as well as 7,000 foreign magazines.

The main structure of the Mingfu Building is composed of a three-story reading section and a five-story storage area for the collections. The decoration on the facade of the building as well as stairways inside have been restored. 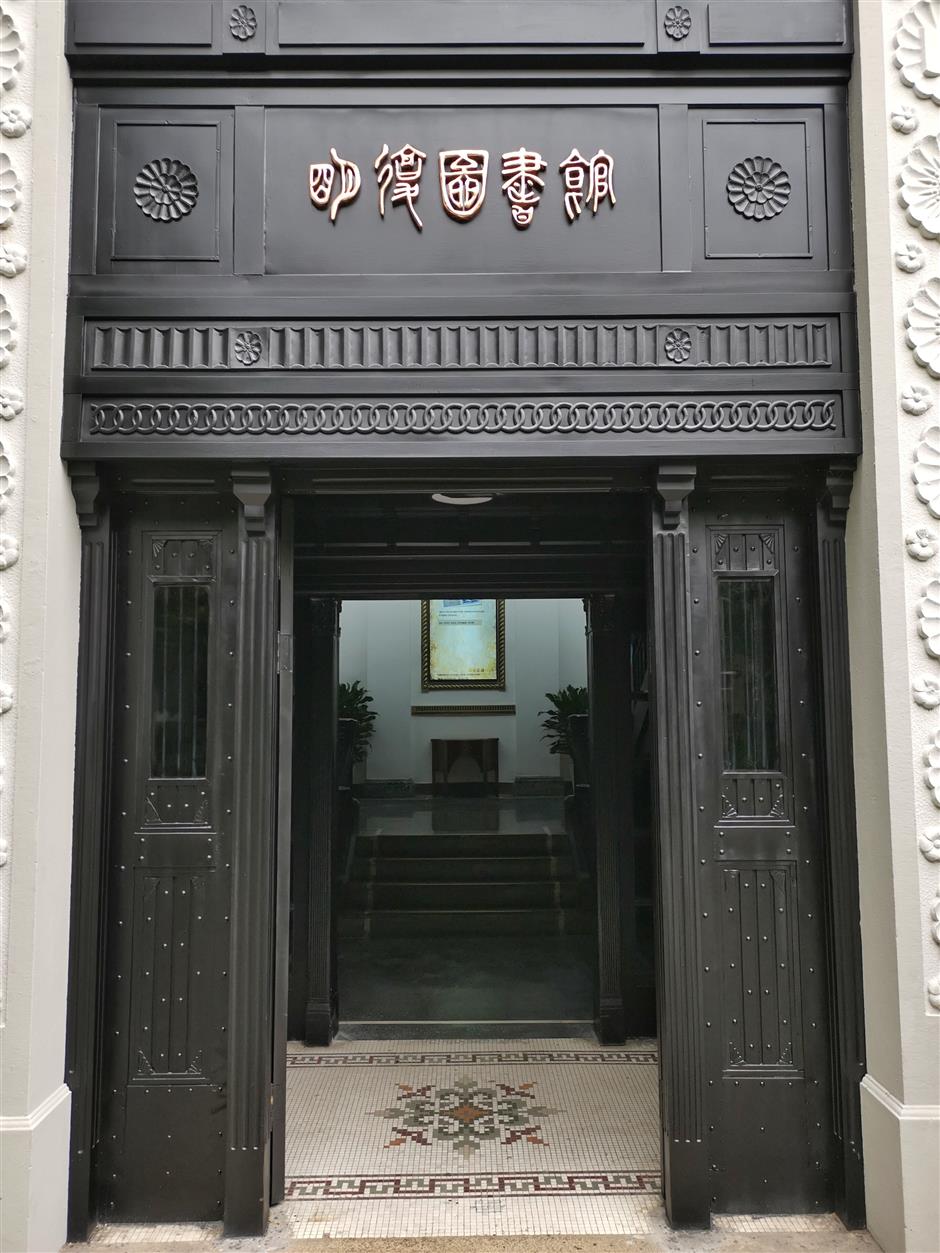 The main entrance to the Mingfu Library. 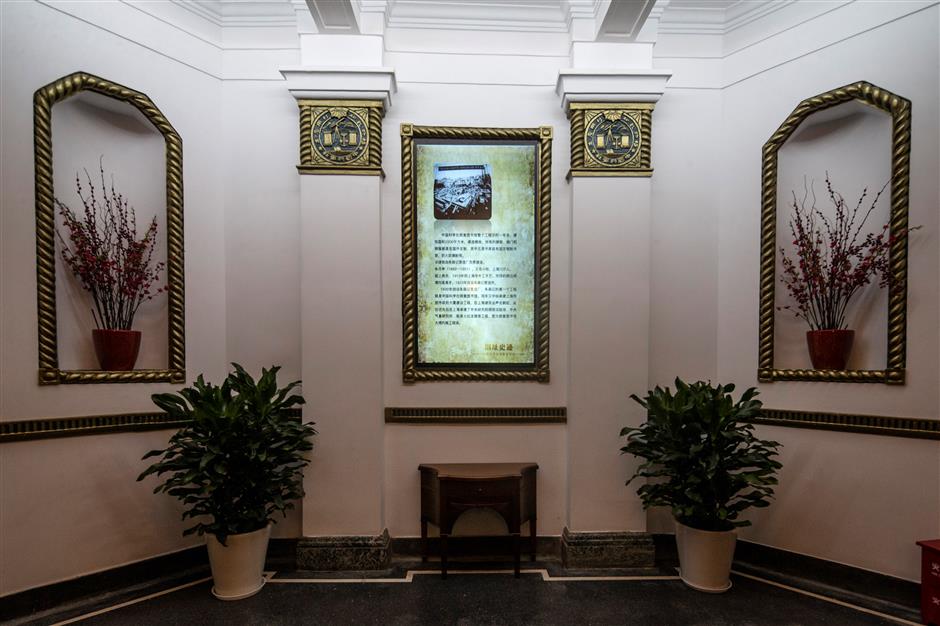 A small hand-operated elevator to transport books has been preserved along with the original steel windows and book shelves.

The annex Lele built in 1992 features the same decoration as the Mingfu Building. A children's reading room and a reading hall with shikumen-style decoration and books about the city's unique stone-gate residences have been newly unveiled.

"The library surrounded by plane trees is the best place for people to relax and enjoy reading," Ma said.

The Huixin Building, where the China Association for Promoting Democracy was founded, has become a gathering place for intellectuals. Various events such as lectures and reading parties will be held there.

Famous local writer Zhao Lihong gave a lecture on the "meaning of reading to people's lives" on the reopening day of the library on June 28. The lecture was livestreamed on the Internet.

Visitors can also see two historical relief sculptures of the emblem of the society on two pillars near the entrance. The emblems were found during a previous renovation in 2012.

A sculpture of Hu Mingfu, made by Li Yusheng, a professor at Shanghai Academy of Fine Arts, has also erected in the courtyard.

The library is open free between 8:30am and 9pm on Monday, Wednesday, Friday and weekends, as well as 1pm and 9pm on Tuesday. It is closed on Thursday. Reservations are required through the official WeChat account of the library (mingfulib) or the hotline, (021) 6437-0835.

Readers must wear masks and show their health QR code before entering the site. 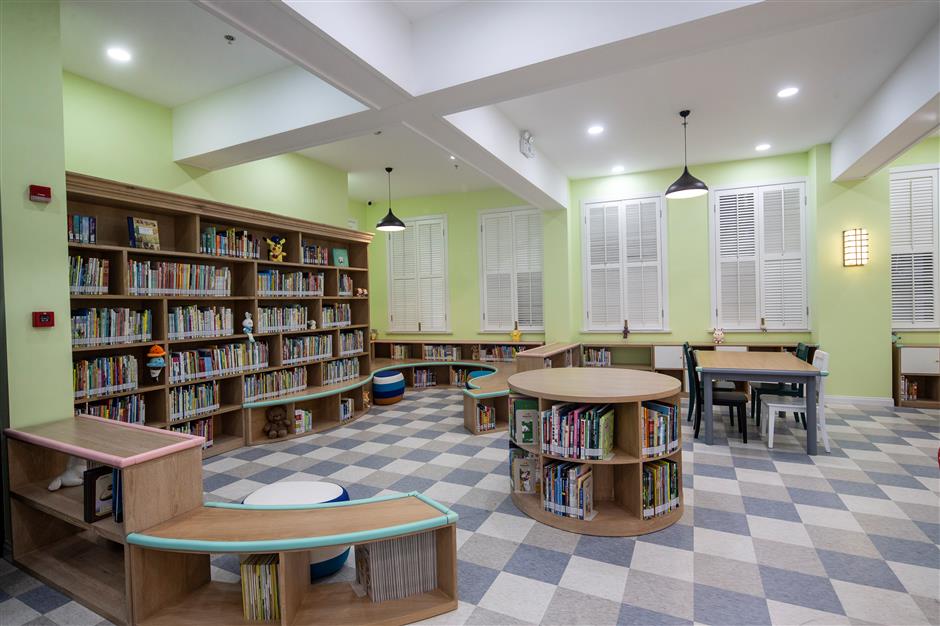 A children's reading room at the Mingfu Library 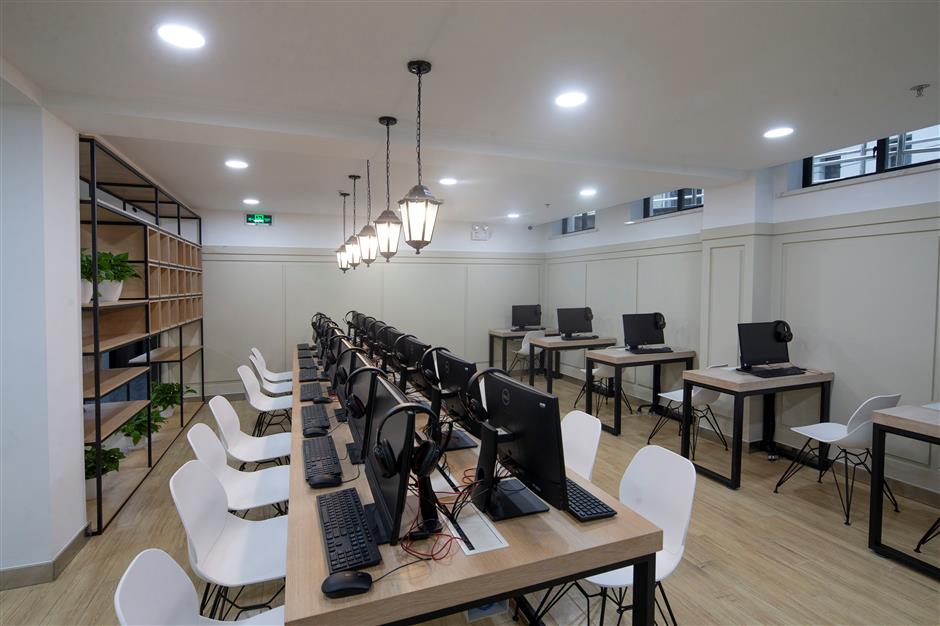 An audio-visual room at the Mingfu Library