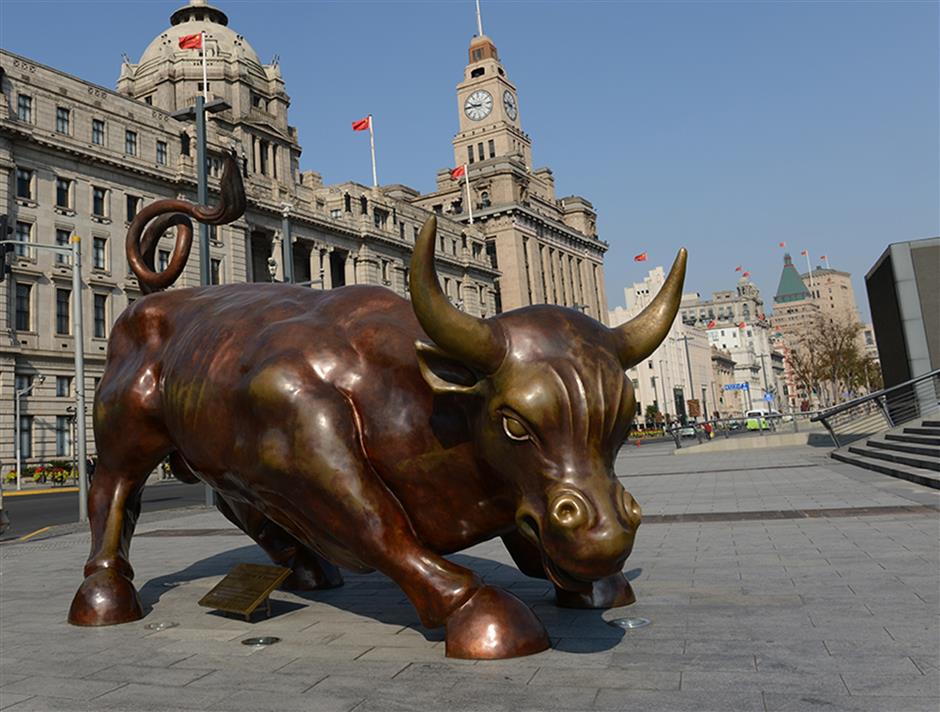 The iconic bull sculpture on the Bund.

Huangpu District has attracted 52 headquarters of multinational enterprises, including three this year despite the novel coronavirus outbreak, the district government announced on Wednesday.

The overseas headquarters are mainly set up by multinational investment and management enterprises. There were also 30 overseas companies with over US$10 million contracted foreign investment based in Huangpu last year.

Huangpu has shifted its focus from the approval, registration and entry permission to foreign investment and trade to investment promotion, protection and service, according to the district government.

In 2019, a total of 163 new overseas investment projects worth about US$1.5 billion were signed in Huangpu District. 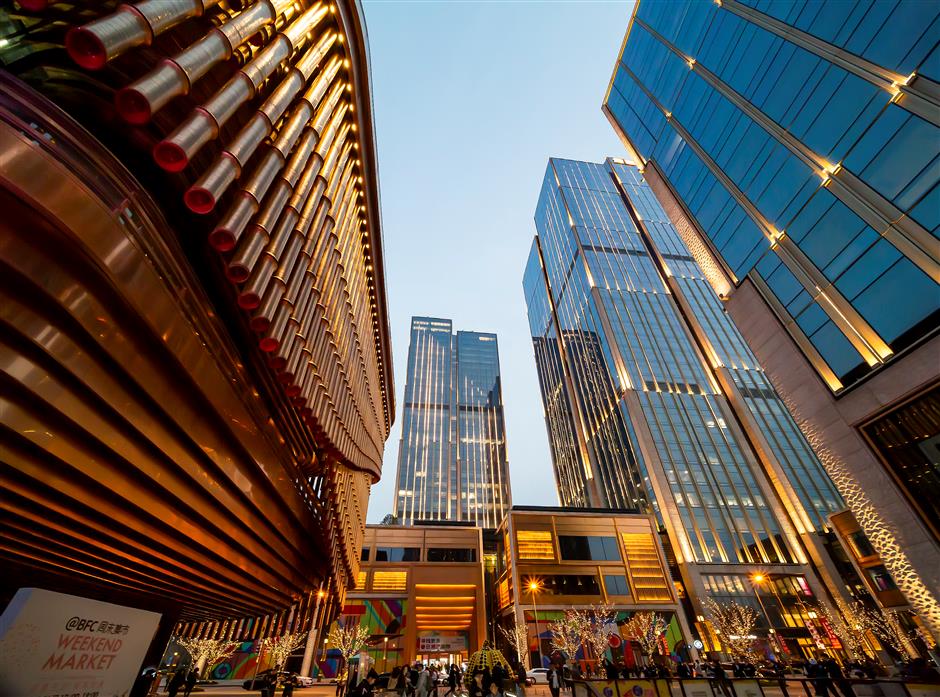 Huangpu has released 12 new measures to better implement China's Foreign Investment Law, which came into effect on January 1. These focus on further opening up, promoting foreign investment, upgrading services and protecting the rights and interests of investors. They cover the district's key industries such as finance, trade, scientific innovation, culture and education.

Seven global consulting giants, including Deloitte, PwC, Ernst & Young and McKinsey, have been appointed consulting partners to Huangpu. They will provide trend data and information about foreign investors as well as consulting and planning services for the district government.

Furthermore, more foreign investment is being attracted to Huangpu through the China International Import Expo (CIIE). During the second expo in 2019, a total intended deals of 301 million yuan (US$42.9 million) were signed with Huangpu, a 30 percent increase on the year.

The Canadian dairy manufacturer Saputo, for example, which won numerous orders during the first CIIE in 2018, has established its wholly owned subsidiary in Huangpu to handle logistics, management and e-commerce sales for its dairy products in China.

Foreign participants have been guided to visit the Bund financial hub, Yuyuan Garden Malls and Tianzifang innovation neighborhood during the expo to learn about Huangpu's business environment.