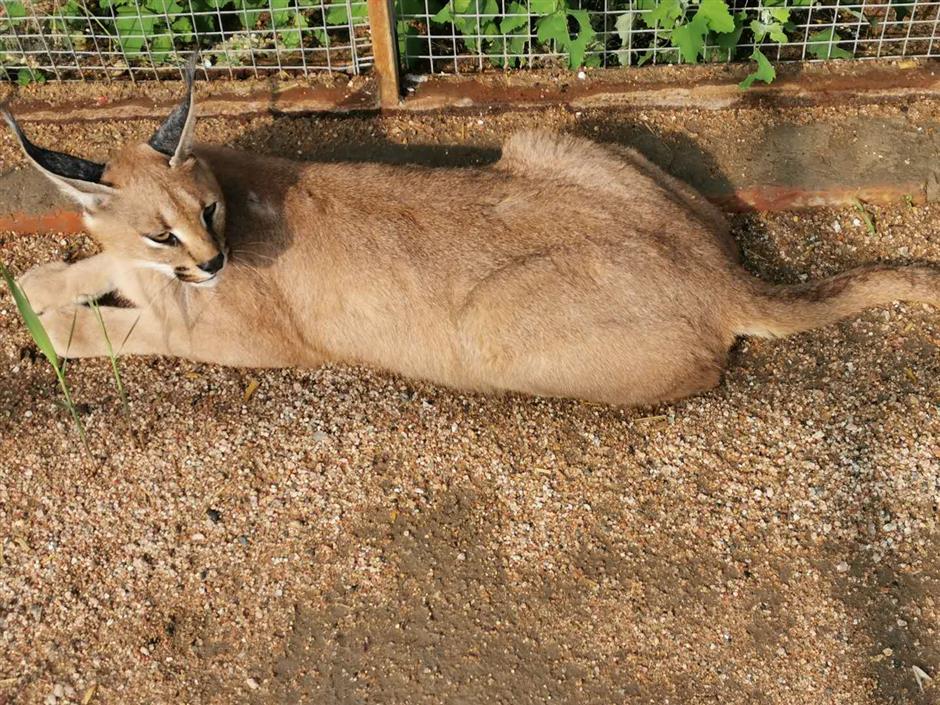 A caracal cat at the zoo 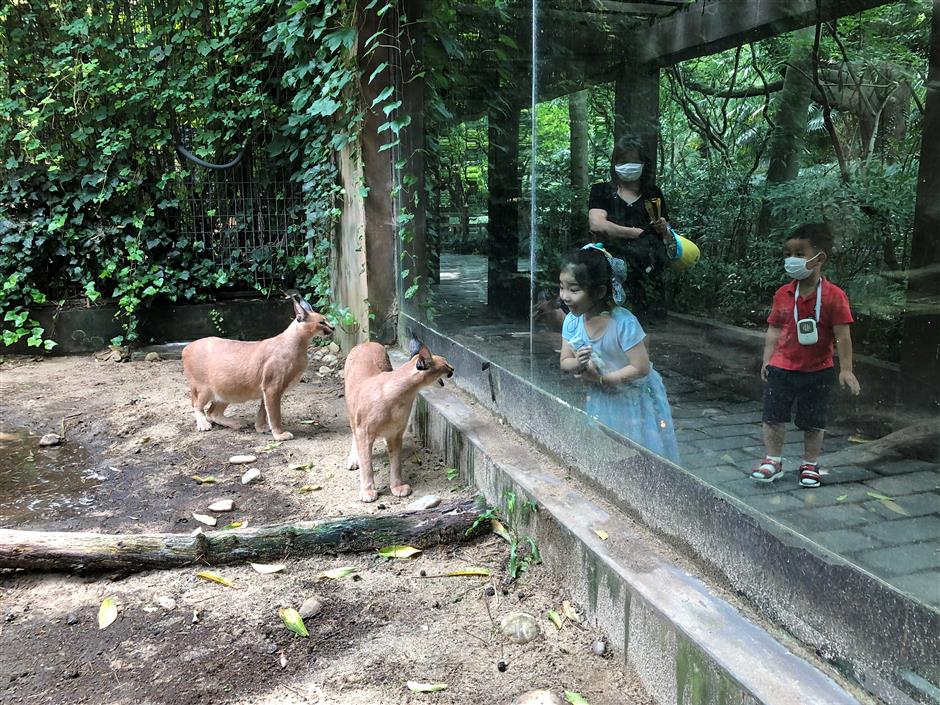 Caracal cats at the zoo

The Shanghai Zoo in Changning District has welcomed a number of new animal residents recently and they are now ready to greet visitors following a period of quarantine, operators announced on Thursday.

Three caracal cats from Tianjin are among the new arrivals. The trio, one male and two females aged around 2 years old, have undergone physical examination and one-month quarantine for health observation.

Two female cats formerly living at the zoo have been sent to Guangzhou, Guangdong Province, for mating purposes, the zoo operator said. 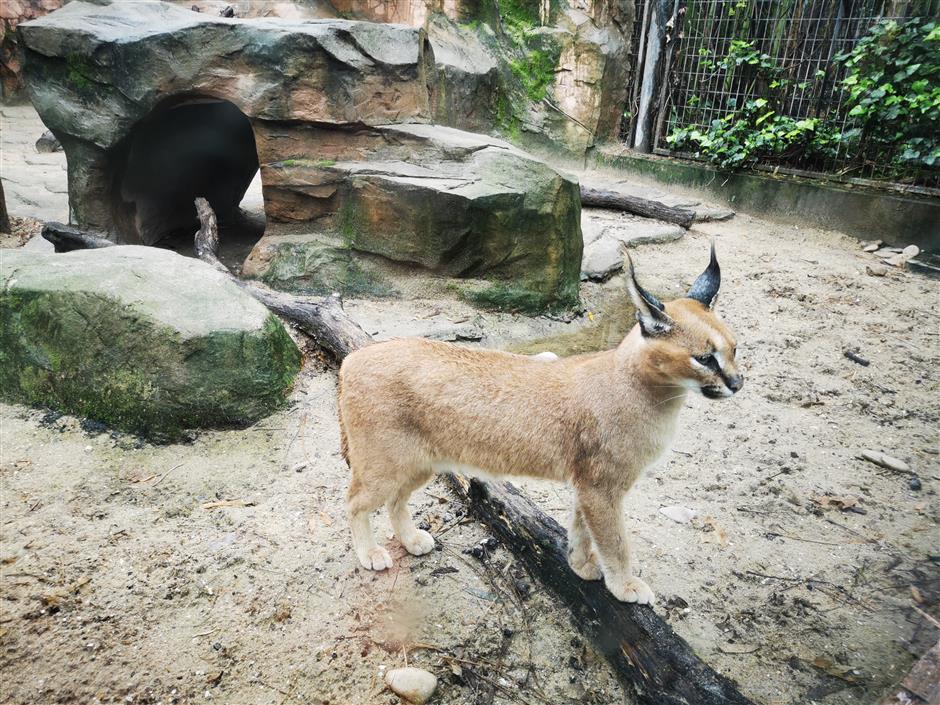 A caracal cat at the zoo

A raccoon dog pup at the zoo

A newborn black-eared kite at the zoo

The raccoon dog pups are being breastfed by their mothers, who are vigilant, protecting their young from any sign of danger, animal keepers said.

The black-eared kites are fed with beef and fish and they are growing healthily and flying high, according to zoo keepers.