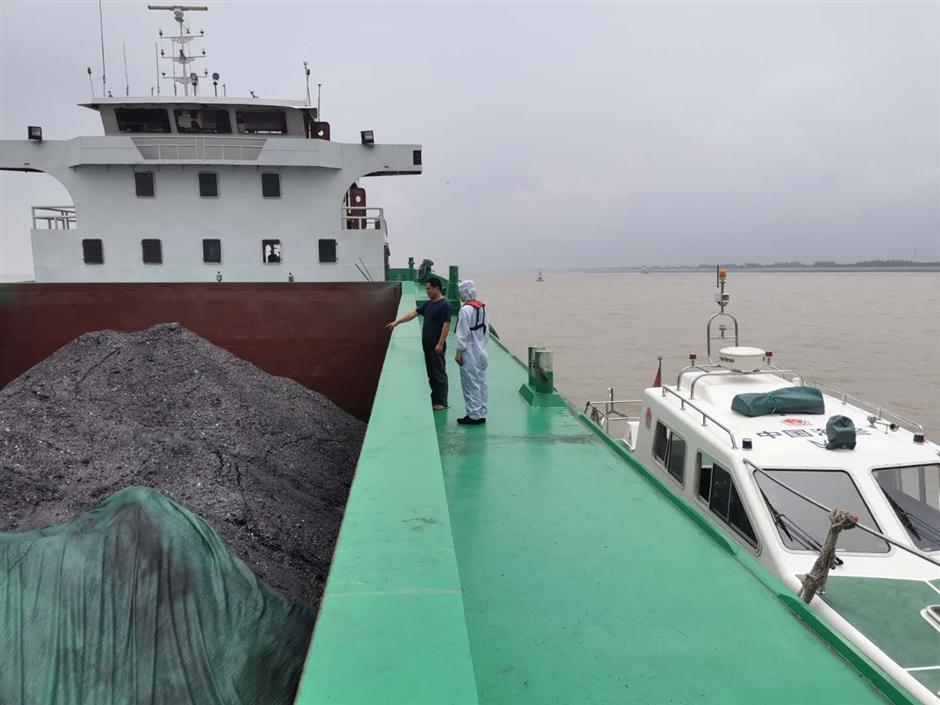 One of the suspects points out the ship's cargo of coal.

The Coast Guard discovered a coal smuggling ship off Shanghai on Monday, it announced on Thursday.

Patrol members noticed a suspicious ship with its name whitewashed over at 9pm on Monday in the sea area near Sheshan Island and ordered it to stop for a check, but the ship tried to flee.

After half an hour and multiple warnings, the ship was boarded.

There were said to be about 10,000 tons of coal on the ship but no freight records. Four suspects on the ship were caught.