Disgruntled restaurant goer in the poo over quarrel 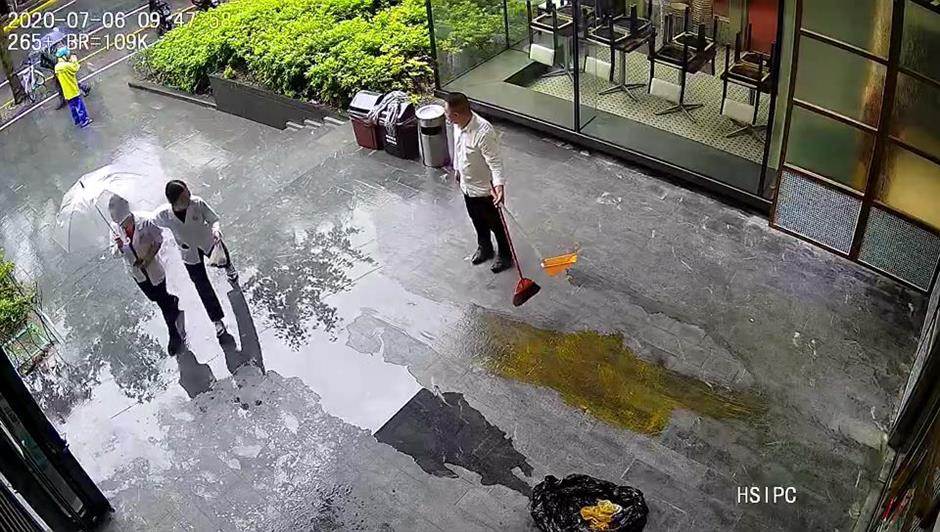 Restaurant staff clean up the mess. 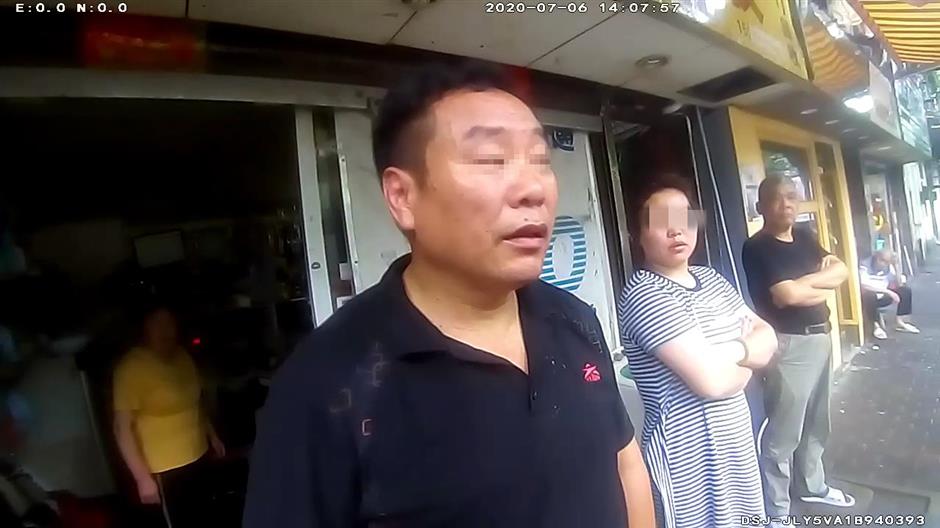 A man has been detained for allegedly throwing a bag containing feces at a downtown restaurant, Shanghai police said on Saturday.

Police in Huangpu District received a report from the “Dong Fa Dou” restaurant on Madang Road in Xintiandi area at 9am on July 6.

The director of the restaurant said a large broken bag of feces had been found at the front door. Surveillance camera footage showed a man throwing the bag from the street at 2:56am.

The restaurant had to put off opening to clean up the mess.

Police tracked down the suspect, a man surnamed Wang, that afternoon.

He said he had taken his family to the restaurant the night before but they weren't able to dine because of the queue. He then had a quarrel with a restaurant staffer.

Wang was detained for “picking quarrels and making trouble.”