Ahoy there, crew safely back in China after maximum 11 months at sea 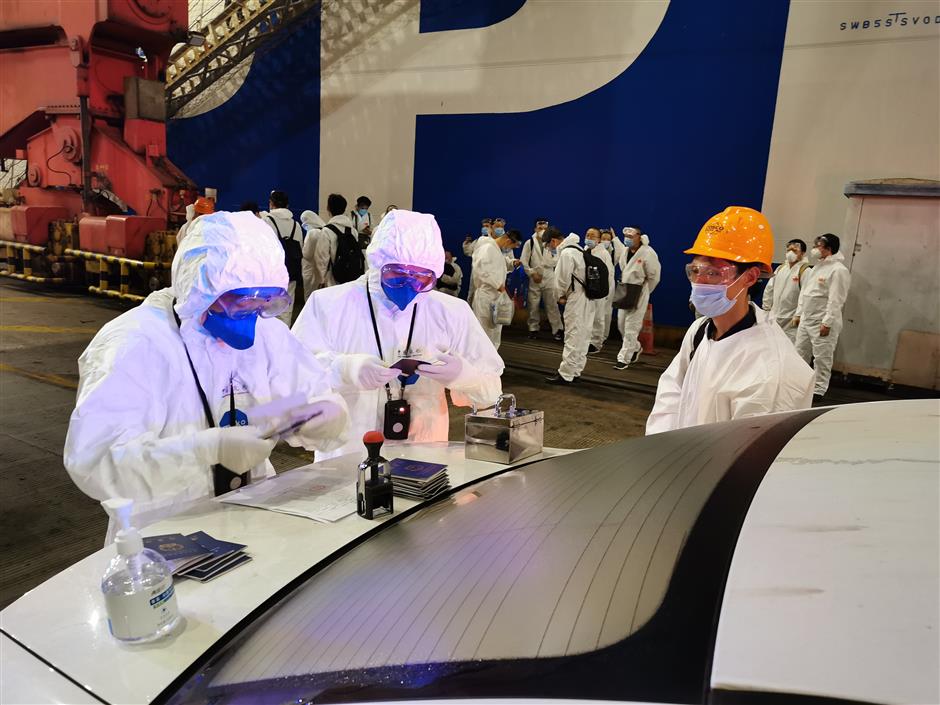 Eight sailors who have worked 11 months at sea are safely back in China thanks to an improvement in shipping policy.

Eleven months is the maximum limit for a crew member working on a ship continuously, according to international maritime rules. Normally if a Chinese sailor working on a foreign route completed more than 11 months they could disembark in an overseas port and take a flight back.

However, because of the novel coronavirus pandemic many foreign countries have restricted access to sailors.

Crews are now aboard for longer, leading to health risks. A tired crew can also pose a risk to ship safety.

To prevent this hardship, the inspection department has been cooperating with the harbor authority and shipping companies.

The relevant authorities will arrange for a ship not passing through China to place its crew members on a ship whose route is connected with China at a place on both their routes to get the crew safely back.

The eight sailors had been aboard the Belgium, an ultra-large container ship, operated by China COSCO Shipping Group, which had docked at the Port of Rotterdam in the Netherlands. They boarded  COSCO's Virgo, manned by six other Chinese crew members, which departed Rotterdam in May for Shanghai.

The Virgo arrived in Shanghai's Yangshan Deep-Water Port on Saturday,  the Maritime Day of China,  according to Yangshan’s frontier inspection department.

They tested negative for the coronavirus on Saturday before they left the ship. 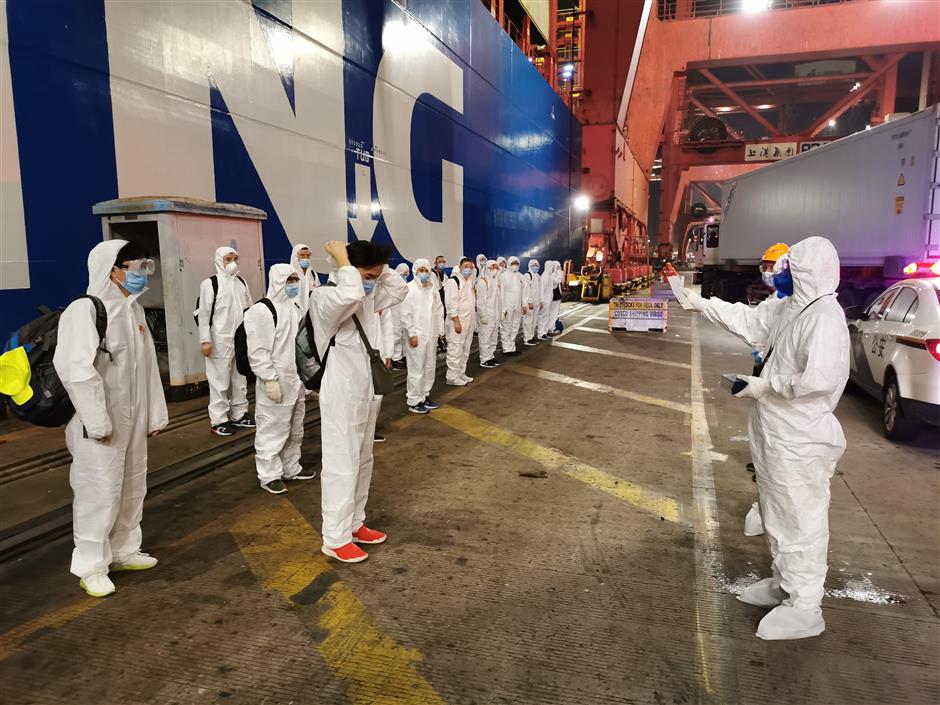 The sailors have tested negative for the  coronavirus. 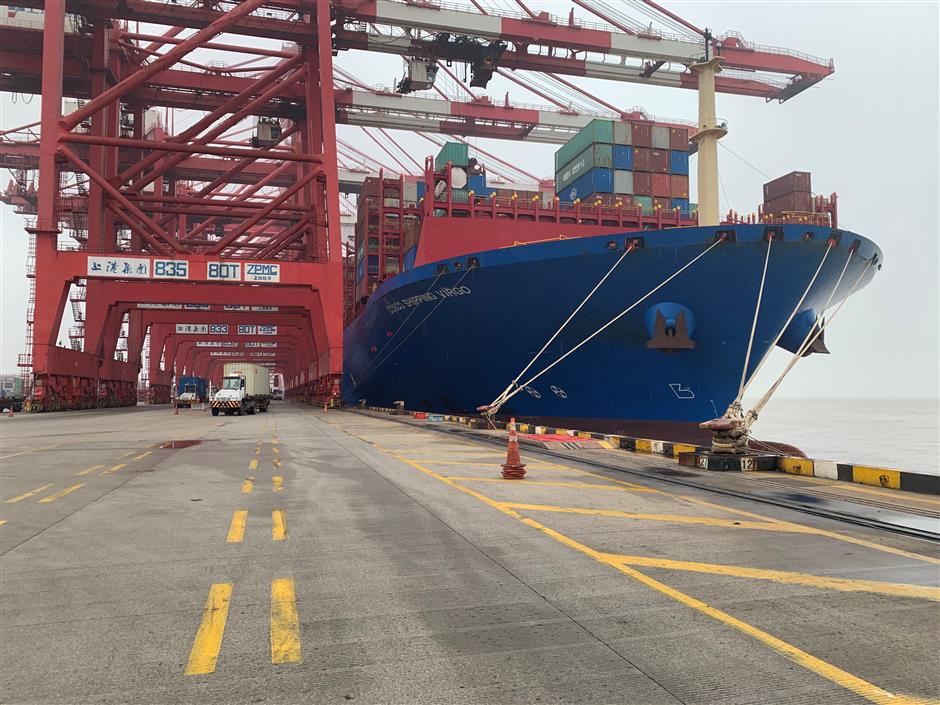 The Virgo docked at Yangshan Port on Saturday.

Meanwhile, the authority will also check the route in detail and the health of the crew to ensure that there are no health risks after they enter China.

The Virgo did not pass through regions hard hit by the virus and the crew has passed all health inspections. They have been sent to a designated place for quarantine and further medical observation.

As of  Saturday, 144 Chinese sailors employed by COSCO have left or boarded ships after 11 months.