Two children damaged an artwork at Shanghai Museum of Glass in Baoshan District, it said on its social media over the weekend.

The compensation issue will be discussed with the related artists in the United States after they come to China by the insurance company, museum officials told Shanghai Daily on Monday.

The 110-centimeter-high glass castle, which took artists the Arribas brothers 500 hours to make, was given to the museum for the venue’s fifth anniversary in 2016. The work is in 30,000 parts and features pieces in pure gold. 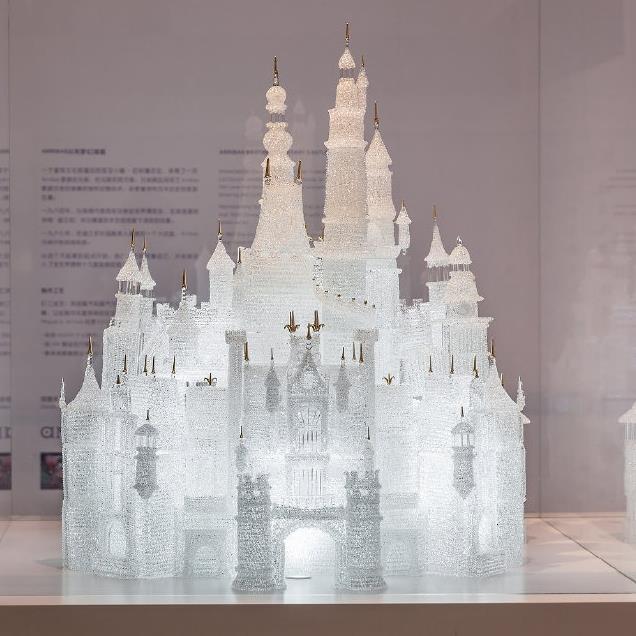 The glass castle before it was damaged by children running around in the museum.

The children got inside the rail placed around the piece and collided with its glass cover as they were running around and playing at the end of May, the museum said. Although protected by the glass cover, the 60-kilogram exhibit was broken with some of the castle's spires falling and other parts slipping.

The two artists have been informed but they are unable to come to China from America to instruct a professional team to repair the artwork due to the novel coronavirus pandemic, the museum said. The broken exhibit is still on display.

The children and their parents have apologized to the museum and are willing to pay compensation, the museum said.

To prevent similar accidents, the museum is to organize courses for children to teach them what can be done and what should not be done during their visit.

A similar incident happened at the museum seven years ago when a glass artwork named “Angel is Waiting” was damaged by two children. Their parents didn’t stop them, even taking pictures when the boys were pulling at it.

The exhibit, which took the artist Shelly Xue over two years to create, cannot be repaired because it was created using a special one-piece firing process.

As a warning and a reminder to respect the artists’ works, the broken pieces are on display at the museum with a new title — “Broken." 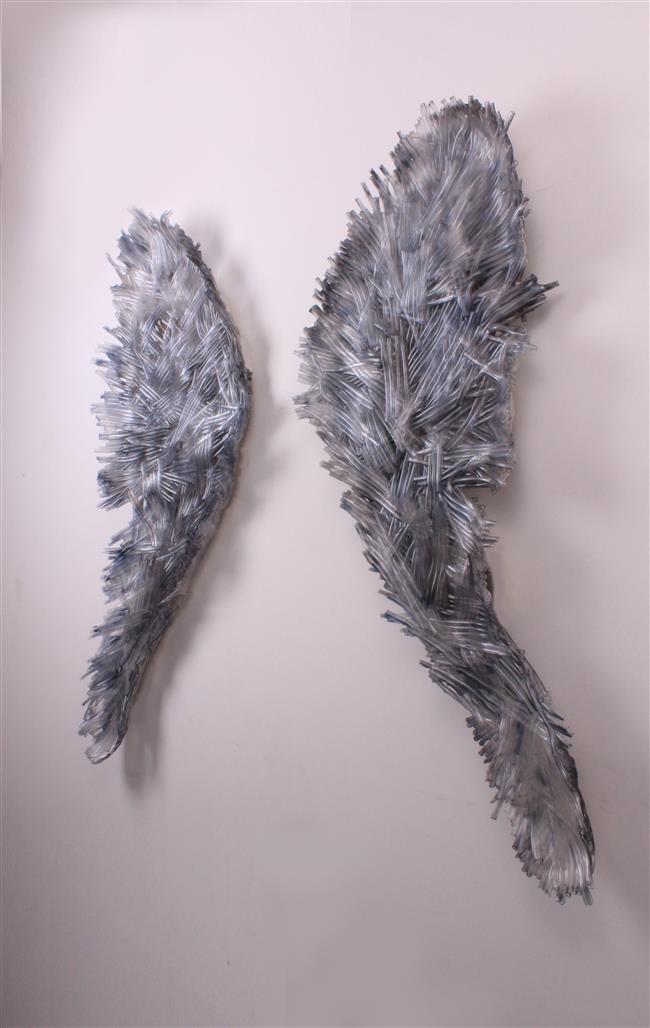 “Broken” on display at the Shanghai Museum of Glass. The original "Angel Is Waiting" was damaged by two boys in 2013.