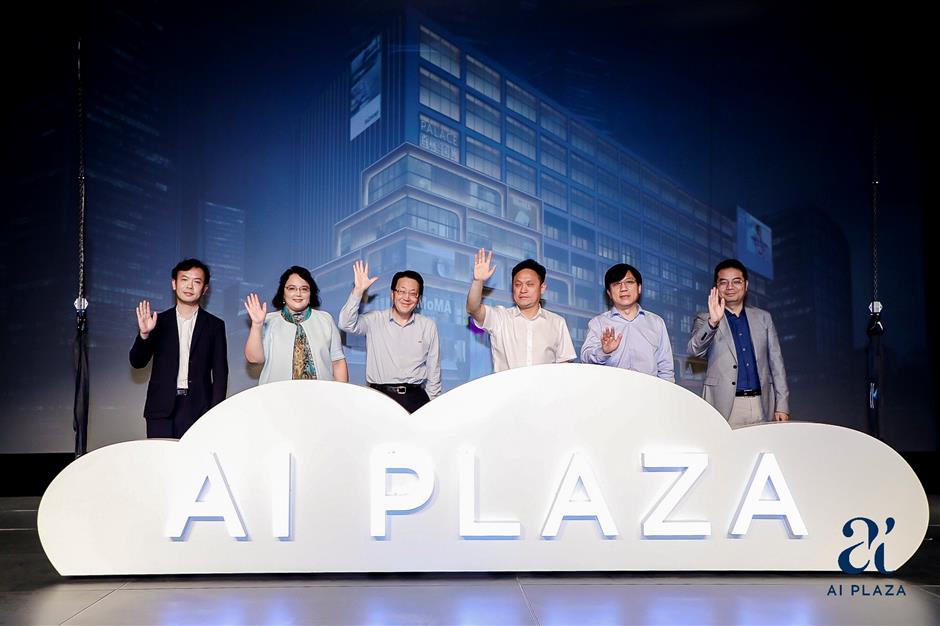 Officials launch the AI Plaza at the West Bund Art Museum on Monday.

Xuhui District unveiled a new commercial complex blending art and smart technology on the West Bund on Monday to serve the employees of high-tech firms, residents and visitors on the Huangpu River waterfront.

The AI Plaza, AI for Art and Intelligence, will involve the latest smart applications developed by leading artificial intelligence companies based in the neighboring Shanghai AI Tower, a key site for the city’s ambition to become a world “AI Highland.” The plaza is scheduled to open in May 2021.

Visitors can rent a robot to take their bags, shop by scanning their face, find stores by talking to a smart assistant or easily find their vehicles in a 2,300-slot parking garage. They can also check information or interact with a high-tech giant screen.

Covering 75,000 square meters, the eight-story plaza stands amid over 20 art galleries, exhibition halls, theaters and libraries on the waterfront, which is targeted to become “Asia’s largest art zone.” It is connected with the Metro Line 11’s Yunjing Road Station and the AI Tower.

“The AI Plaza will blend the cultural atmosphere, art vibes and the intelligent gene of the West Bund to become a unique landmark,” said Gan Jin, vice president of the West Bund Group, which is in charge of the waterfront’s development. 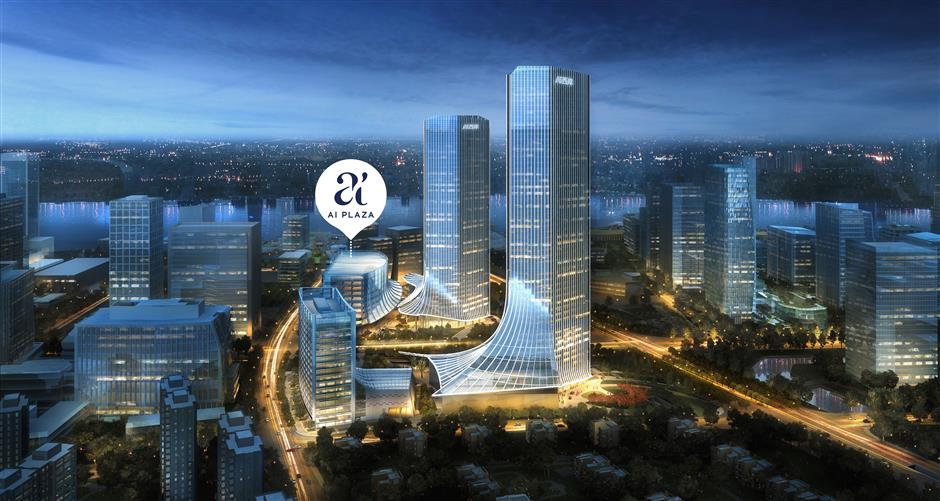 An artist's rendition of the AI Plaza and Shanghai AI Tower 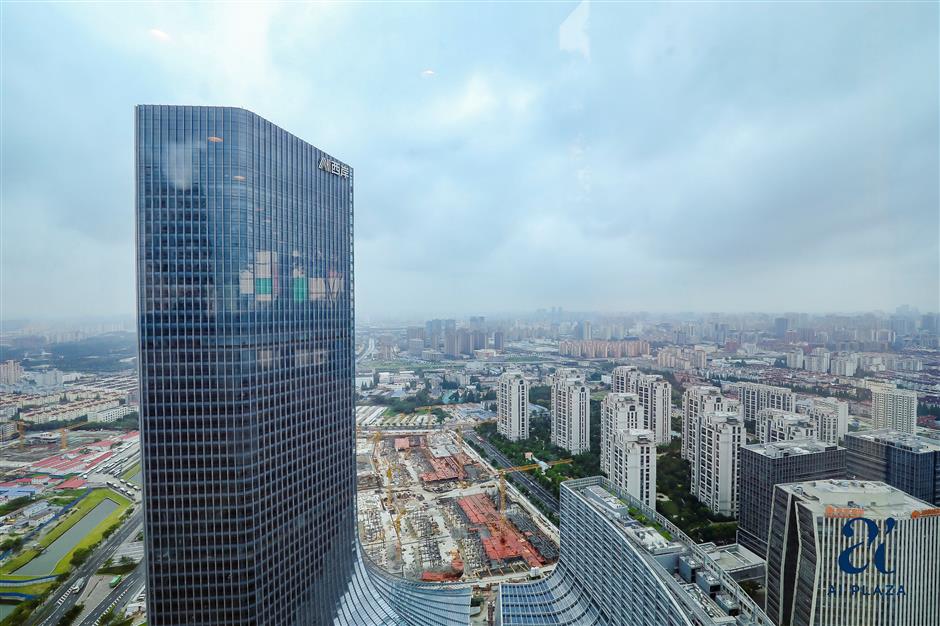 The plaza will mainly serve the 300,000 employees and scientists working in the area, some 900,000 residents living in the riverside communities as well as over a million visitors to the art galleries and museums every year. The open space on the waterfront also attracts 11 million tourists and citizens.

The riverside area of Xuhui, featuring a 11.4-kilometer shoreline along the Huangpu River, reflects the city’s early industrial heritage, once encompassing a coal wharf, a cement factory, several giant fuel tanks and an aircraft hangar.

They have been converted into popular cultural venues such as the Long Museum, West Bund Art Center and Tank Shanghai art park. Nearly 100 cultural events and exhibitions are organized there every year.

The new plaza will cooperate with the artists and galleries to host indoor art exhibitions and set up a specialized zone to sell innovative art products.

It aims to become the “AI Valley” of Shanghai by attracting some of the world's top scientists and companies working in artificial intelligence.

Twenty leading companies in the sector from home and abroad — including Microsoft Research Asia, Huawei and Alibaba, and startups United Imaging and Yitu — have offices in one of the buildings. The idea is to create a “vertical AI industrial chain” of production, study, research and application. 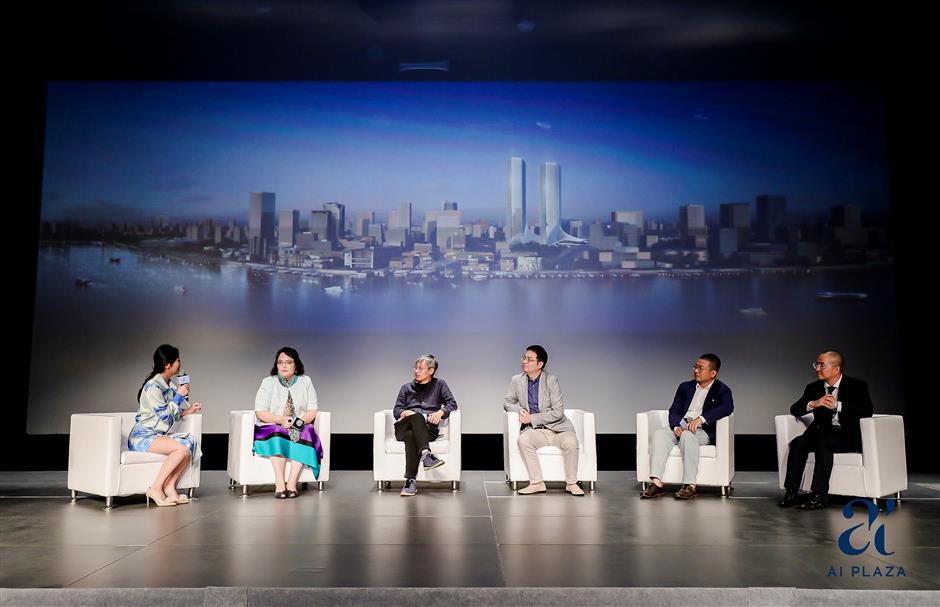 Officials and artists share their views on future commercial scenarios combining art and technology at a salon on Monday. 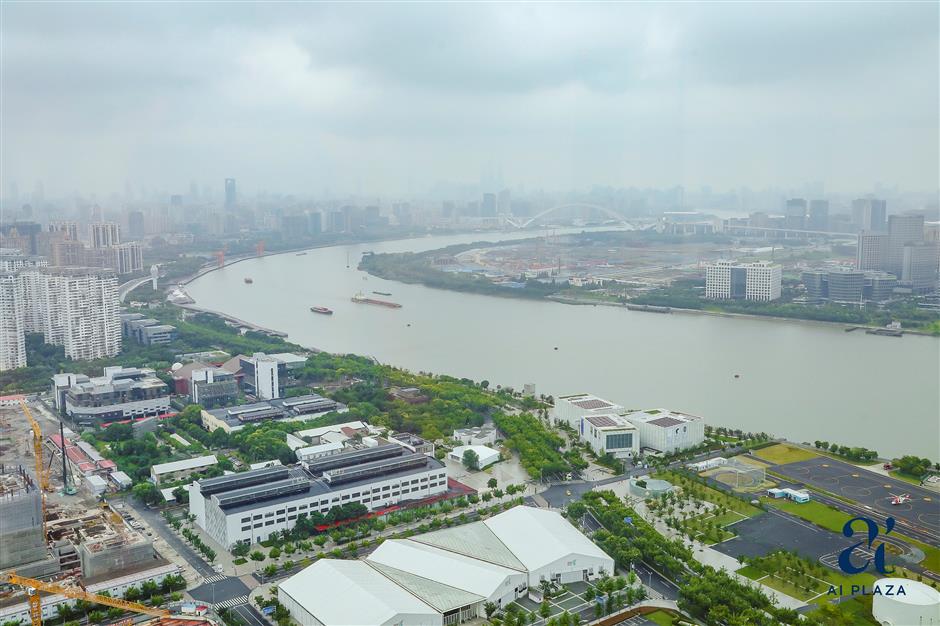