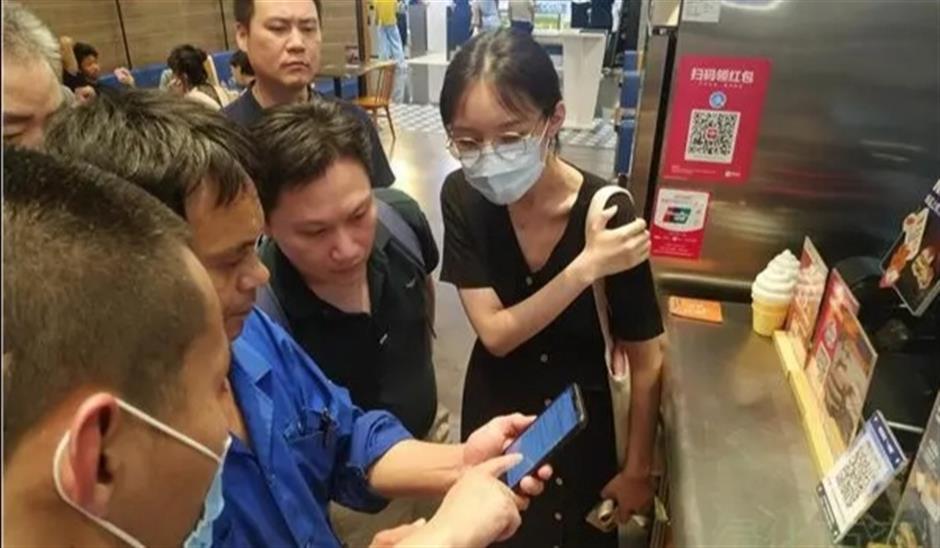 A collection worker (center) scans a QR code at a catering business in Changning District.

Information obtained after scanning the code.

A QR code allowing customers to find basic information about catering businesses is being trialed in Changning District, authorities announced on Tuesday.

By scanning the code, consumers can access bilingual information about staff and licensing, ingredients and how they deal with kitchen waste oil and make comments, the Shanghai Greenery and Public Sanitation Bureau said.

At the same time, collection workers can record the type and amount of waste oil they collect using the code, the bureau said.

The code is part of the city's sanitary and transparent kitchen program which has been running for four years.

It replaces paper versions of service sheets signed by kitchen waste oil producers and collection companies, which should be kept for two years based on regulations, according to the bureau.

It streamlines collection procedures and reduces the burden on both producers and collectors, the bureau said.

The code will be promoted citywide and its function further expanded, also enabling law enforcement authorities to glean collection information in the future, the bureau said.