Suspected counterfeiters taken down by police 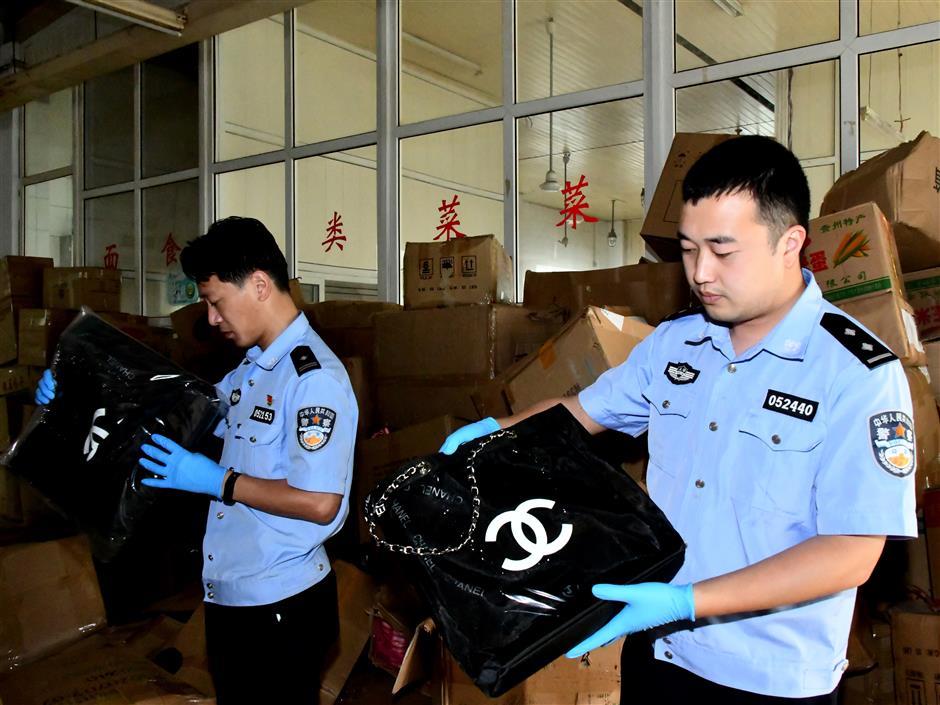 Police bust a warehouse of the gang in Guangdong Province.

In a raid of the suspected gang, which was located in Guangdong Province, police seized over 60,000 counterfeit items, whose authentic counterparts are estimated to be worth over 50 million yuan (US$7.1 million).

Shanghai police say they first became suspicious after noticing an online vendor selling bags under the two labels for prices significantly lower than those in official stores. The products were later identified as counterfeits.

Police first located the vendor, a man surnamed Ye in Guangdong, and then learned that he purchased the fake goods from two other people also in that province.

The counterfeits, including those of other famous brands, allegedly were produced and stored in seven locations in the province.

The suspects were rounded up in a recent police action.

Shanghai law enforcement officials say they have solved over 230 similar cases, involving more than 60 brands, so far this year, with the authentic counterparts of the counterfeits valued at over 1.7 billion yuan. 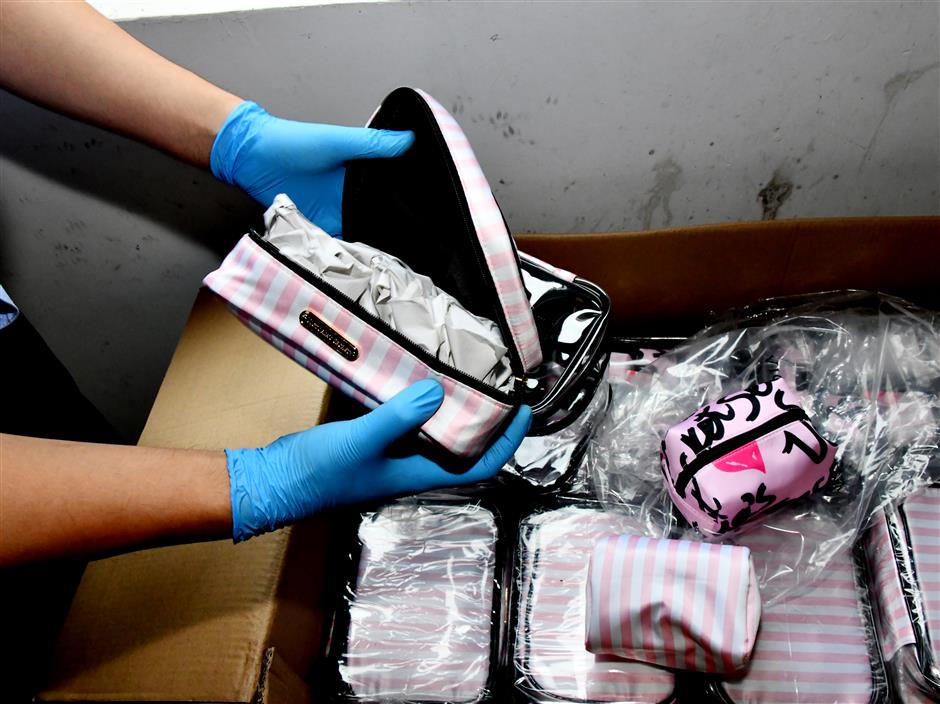 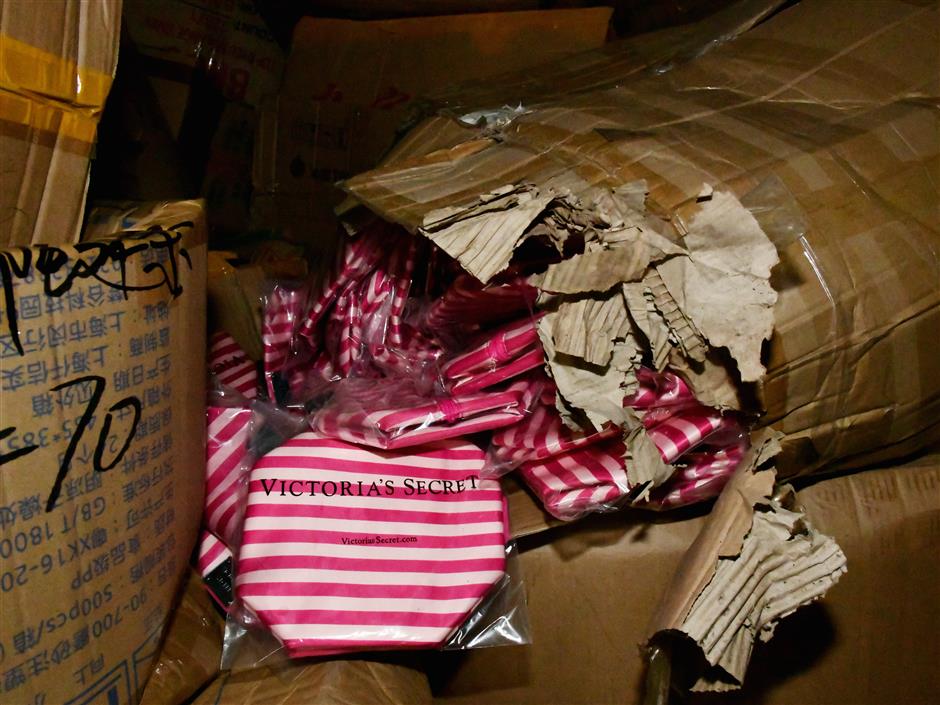