A man has undergone extensive surgery to remove a massive tumor from his face and to reconstruct his nose and upper lip, Shanghai Eye, Ear, Nose and Throat Hospital announced on Tuesday.

The patient, surnamed Li, underwent surgery last year in his hometown to remove a cancerous lump from his nose. The lump later returned, however, and quickly grew to cover his entire nose.

Li sought help from Dr Ye Xinhai at Shanghai Eye, Ear, Nose and Throat. Doctors advised Li to undergo two separate surgeries: one to remove the tumor, and the other up to a year later to rebuild his nose.

The patient requested that doctors perform both surgeries during a single procedure, which posed a major challenge for hospital staff.

Eventually, doctors decided to use Li's own rib tissue to create a new nose. After a 12-hour operation, the tumor removal and reconstruction surgeries were successfully completed.

"Meeting patients' demands and allowing them to enjoy a better life is exactly the motivation and value of our work," Ye said. 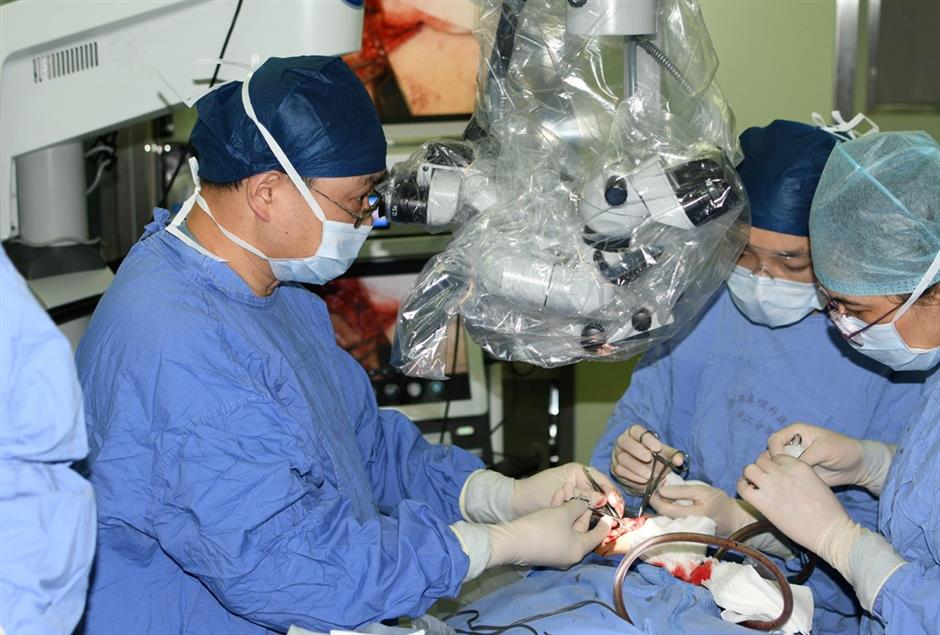 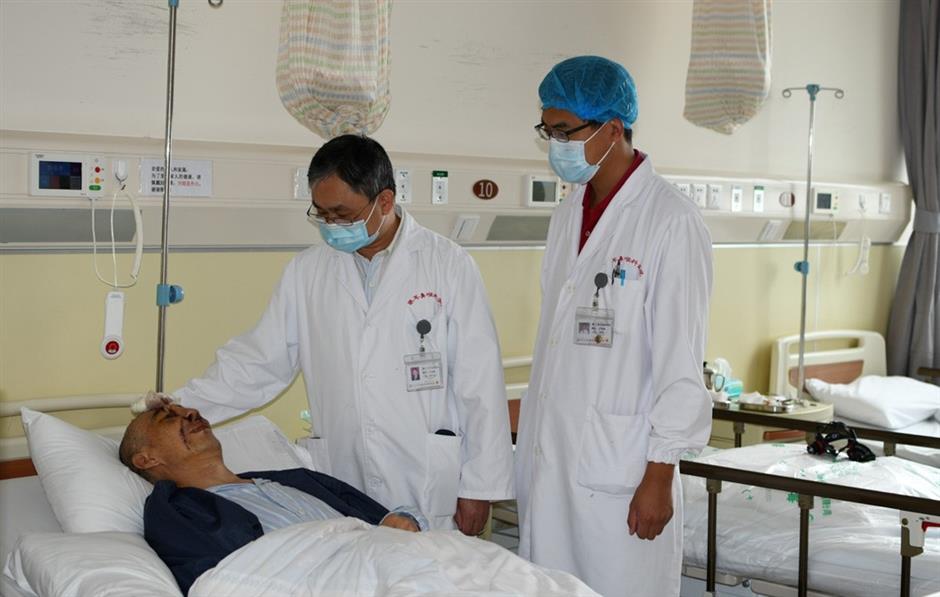 Doctors visit the patient after the successful surgery.