The first stage of compiling and translating background material for the Beijing Treaty on Audiovisual Performances has completed in late June to mark the eighth anniversary of its signing, according to the city’s high court.

This is also the first step in a project — developing the textual base of the World Intellectual Property Organization’s (WIPO) policy and law — organized by the Shanghai High People’s Court and East China University of Political Science and Law to promote theoretical research of China’s international policy and law.

The treaty was signed by negotiators from WIPO’s member states on June 26 in 2012 in Beijing after over 12 years of negotiation. It went into effect in April this year. The document strengthens the rights of film actors and other performers and provides a clearer international legal framework for their protection, according to the WIPO.

The text project started in August last year and there are three groups involved: students, teachers and judges. Documents being translated and complied include proposals from various parties regarding terms of the treaty.

After the student group completed the collection and translation of the historical materials from English into Chinese in May, a judge group with eight members had to proofread 600 pages. 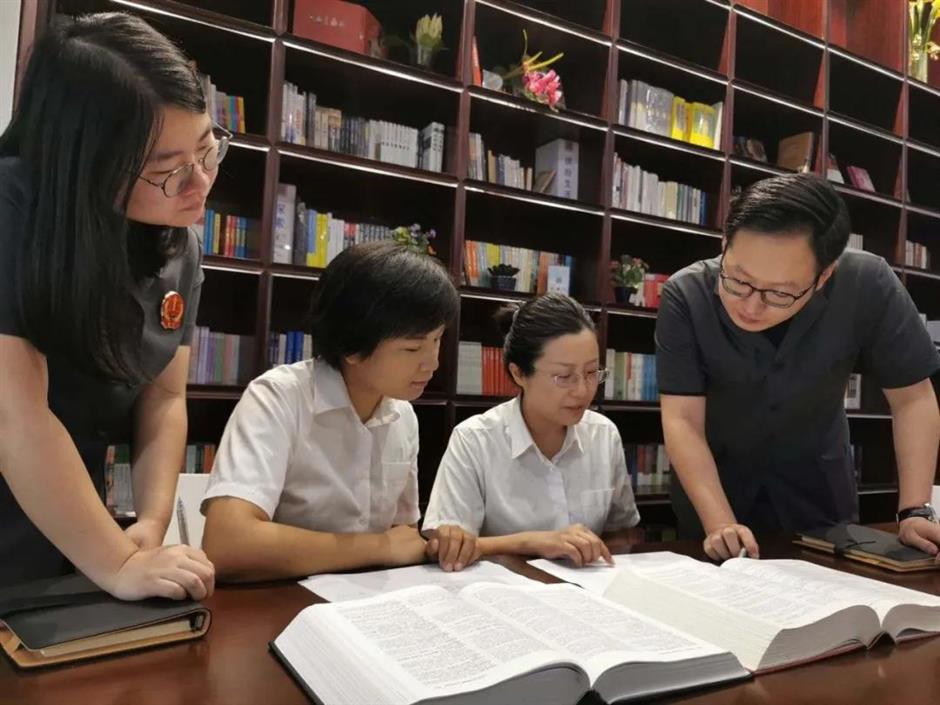 Although some of team members’ English level has reached TEM-8 (Test for English Majors-Band 8, a national test for English majors in universities), they are still afraid of making mistakes, especially in professional vocabulary, said Lin Peiyao, leader of the judge group from Xuhui District People’s Court.

There are more than 160,000 Chinese characters in the text after they finished the proofread. No exact date for the beginning of the second stage has been set, Lin told Shanghai Daily on Tuesday.

The treaty is the first international IP law signed in China and named after a Chinese city since the founding of the Republic of China in 1949.

At present, 31 countries, including Russia, Japan France, have ratified or acceded to it.