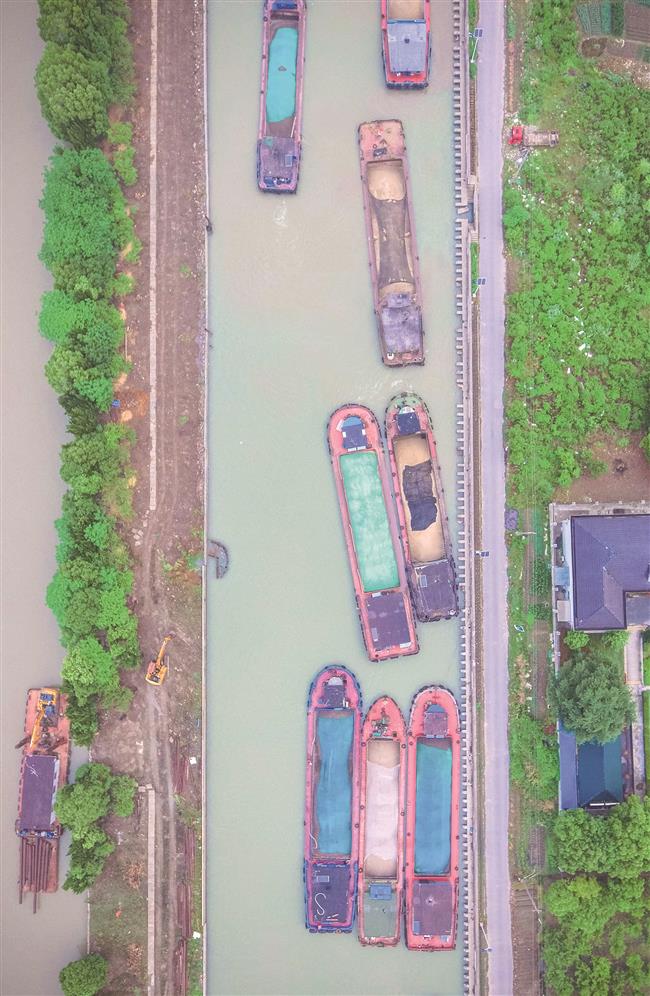 A bird's-eye view of the Youdun River 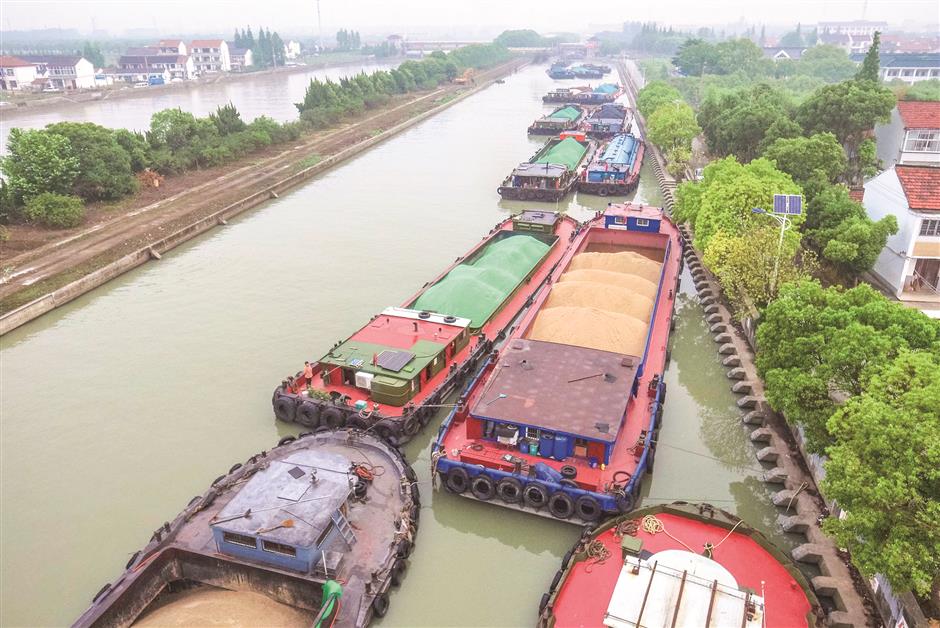 Mist on Huangpu River’s Songjiang section lifted as the clock struck 5am in the early morning. A drop of sunshine penetrated through the clouds and deepened around the vessels on the river. Boatmen emerged from their cabins. Some began washing their faces while some were yelling: “Gate is open, set sail!”

The Songjiang section, or the Youdun River, covers a length of 36.5 kilometers. It starts from the Sijiang Estuary of the Wusong River in the north and ends at Hengliao River in the upper stream of the Huangpu River in the south.

This water transport artery of Songjiang has resumed its vigor as the novel coronavirus pandemic in China eases and firms and industries resume work. By early June traffic through the river had reached up to 150 ships a day.

The ships, waiting in order to pass the gate and transporting goods including sand, cement and gravels, were mainly from neighboring Zhejiang and Jiangsu provinces and heading for Shanghai’s Qingpu and Jiading districts. As the cost of water transport is relatively low, the majority of the items are construction materials.

Wang Wei, a shipowner who arrived at the Youdun River gate recently, said he set off from Jiangyin in Jiangsu Province with the sand on his boat due to arrive in Qingpu District for the building industry.

“When I resumed work in early March, boats through the channel were still few. But in April and May the river course started to have jams occasionally. That shows industries are returning to normal rapidly,” said Wang.

Ge Qibin, chief of the Youdun River hydro-junction control station, said that in early January less than 20 ships were using the river.

“But now, to avoid jams, we open the gate at 5am and close it at 8pm. Generally speaking, provided the water level is normal, all the cargo ships can pass successfully.”

Everyone on the ships is required to have their temperature checked and show their health codes. Navigation affairs officials patrol the river four times a day and measures including an automatic identification system are used to monitor vessels. 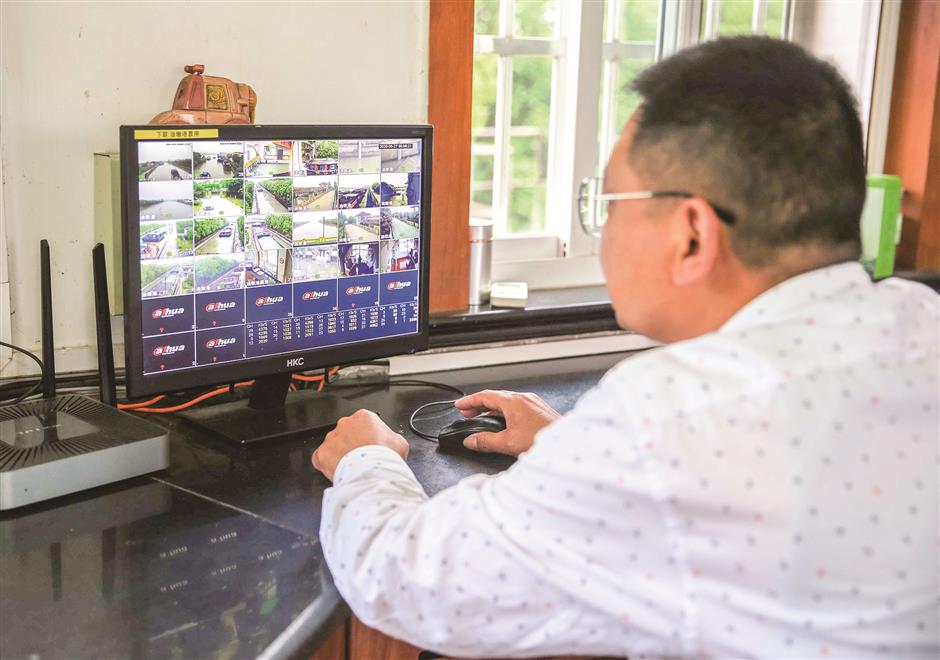