All the fun of the fair when it got dark 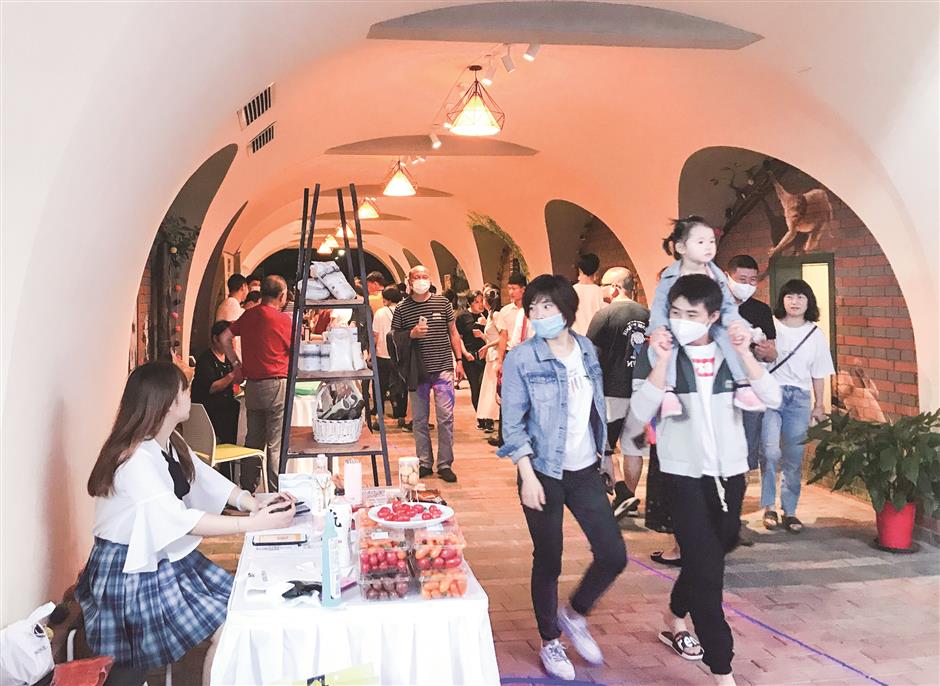 People have fun at the Carnaby Island night fair.

A night fair to boost the economy and promote culture was held every day at Carnaby Island in Thames Town from June 6 to 30.

More than 30 stalls displayed a variety of goods, including handcrafted ornaments, toys, organic fruits and vegetables and T-shirts. Special sections, including those for food, snacks and beer, offered visitors delicacies such as Italian ice cream, barbecue and crayfish. Cartoon bears and clowns making balloon animals entertained the children.

As the Songjiang venue of the first Shanghai Night Festival, the Carnaby Island night fair included a cultural products bazaar, art performances, a nighttime food bazaar and a sales promotion at the Thames Town boutiques.

While shopping and tasting delicacies, visitors could also relax by watching opera, instrumental music, and dance performances and a bartending display.

“I heard of the night fair from one of my friends and brought my child here. We stayed here for quite a long time, enjoying the food and performances,” said a resident surnamed Huang.