Action called on new film and TV center in Songjiang 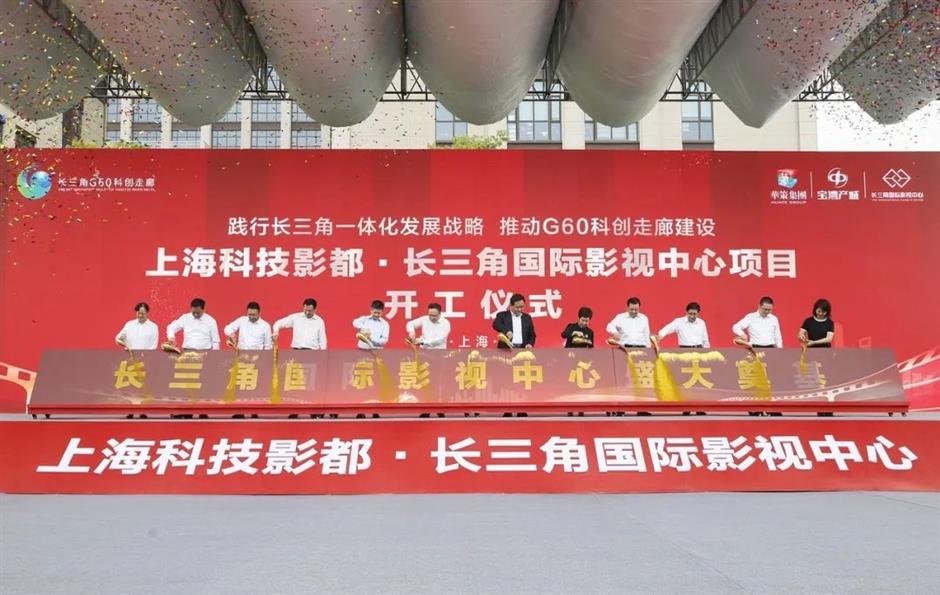 The groundbreaking ceremony for the YRD International Film and TV Center

A groundbreaking ceremony for the Yangtze River Delta International Film and TV Center was held in Songjiang in mid-June, followed closely by a strategic cooperation signing ceremony to establish a G60 High-Tech Corridor film and TV industrial investment fund in the suburban district.

A collaboration between Huace Group and the Shanghai government, the YRD film and TV center has attracted a total investment of around 10 billion yuan (US$1.41 billion) and its first phase will cover an area of 77 mu (5 hectares). The center will become an essential part of the Shanghai High-Tech Film and Television City in Songjiang.

Functioning as a high-tech film studio, an incubator, a research center and a fund investment center, it will also become an influential film and TV platform in the delta region, as well as an international cooperation and exchange channel.

Supported by all levels of government, the project successfully bade for its land on February 21, during a period when the district was resuming its industries while carrying out novel coronavirus prevention measures. And the project’s launch ceremony at that time boosted people’s confidence in a film industry severely impacted by the pandemic.

When completed, the center is expected to support the production of more than 100 digital content projects a year, including film and TV programs, variety shows, advertisements and short videos. It will attract about 200-300 companies along the full industry chain, employ a total of 5,000 workers and train more than 2,000 film talent a year for the industry.

Firms in the pan-cultural industries, including film and TV, Internet, smart industry, short video, Internet celebrity and electric business, will be invited to be based in the center and help to forge a film industry platform that adopts high-tech and embrace international cooperation. It will also cooperate with the district government to serve as an essential venue for various film and TV festivals to be held in the city.

“Film production is playing a more important role in the film and TV industry chain. A traditional film and TV industry base may still be operated in a real estate industrial thinking mode through renting out an office or film equipment at a certain price. I hope the YRD film and TV center will include additional value in its service,” said Zhao Xiaoding, a leading cinematographer in China.

Recent years saw Songjiang speeding up batches of key film and TV projects in the district including Shanghai High-tech Film and TV Base, Haopu Film Base, Zhongshi Ruyi Film Base and 1905 International Film and TV Industrial Park.