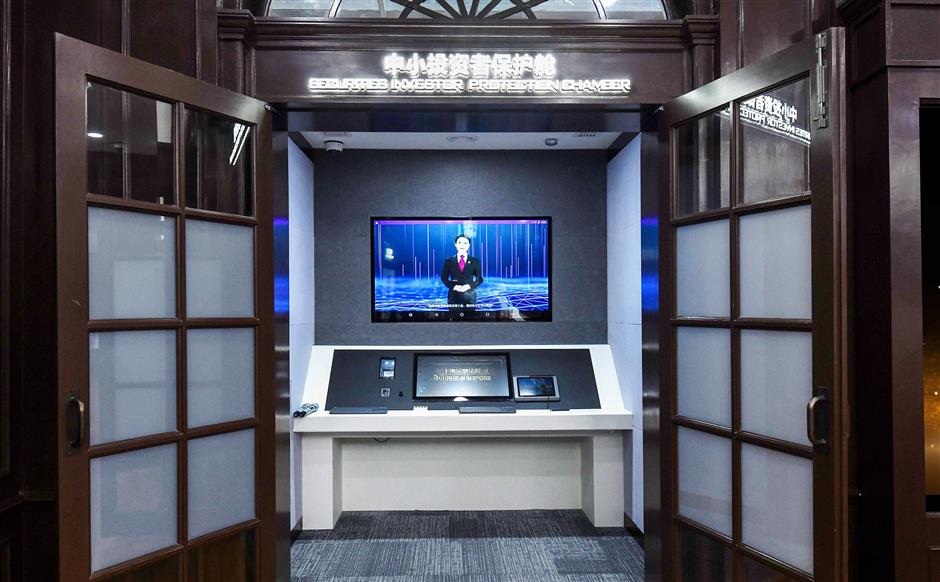 The Securities Investor Protection Chamber is seen in the Shanghai Financial Court in Huangpu District.

The platform uses facial recognition and man-machine interaction, according to the court. It is the first such system in China.

The chamber is located in the Litigation Service Center of the court. After recognizing a user's face, the system can access the user's identity and investment information, such as their securities transaction records. With the help of a virtual judge, named “Xiaojin,” investors can be told whether they can sue over matters of financial dispute.

Only an electronic signature and several clicks are needed to file an electronic complaint. The system can also estimate the amount of compensation owed to claimants, the court said.

Data from individual prosecutions will be compiled with big data to help settle similar class-action lawsuits against the same company, an official told Shanghai Daily on Wednesday.

The Shanghai Financial Court, China’s first to specialize in finance cases, was established in 2018.