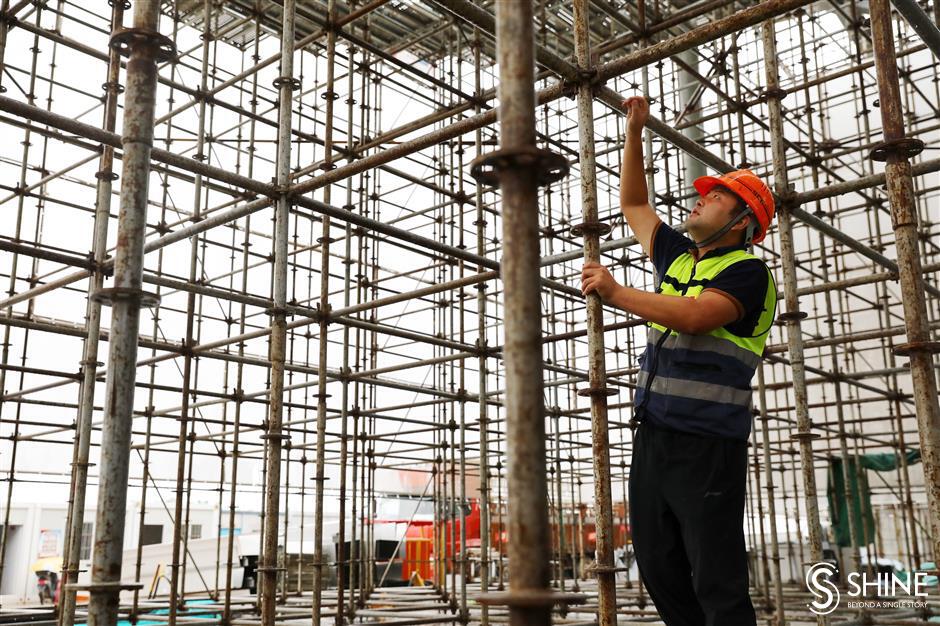 A construction worker works at the venue of the 10th China Flower Expo in Chongming District on Wednesday. 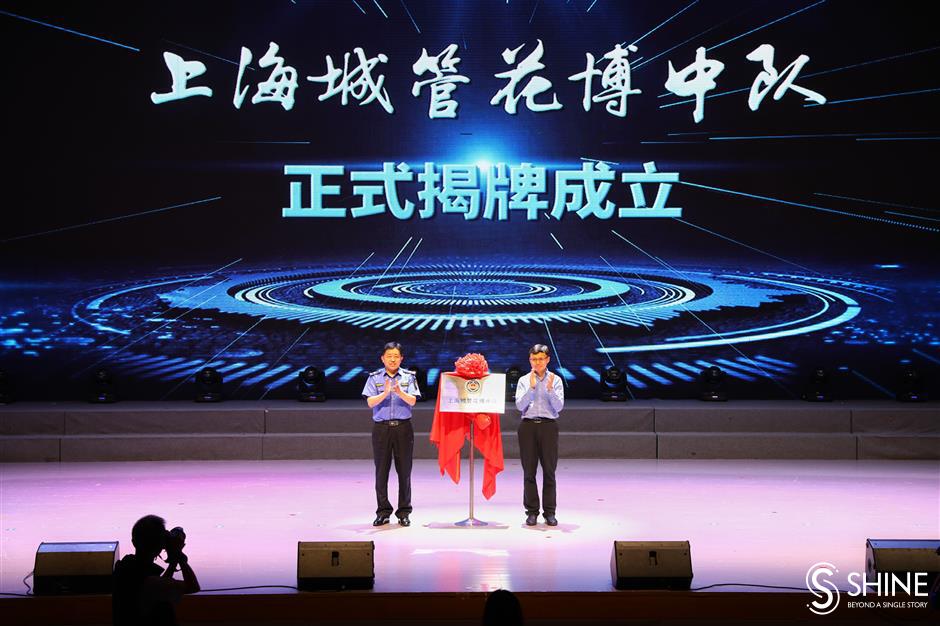 The urban management and law enforcement team for the 10th China Flower Expo is established in Chongming on Wednesday. 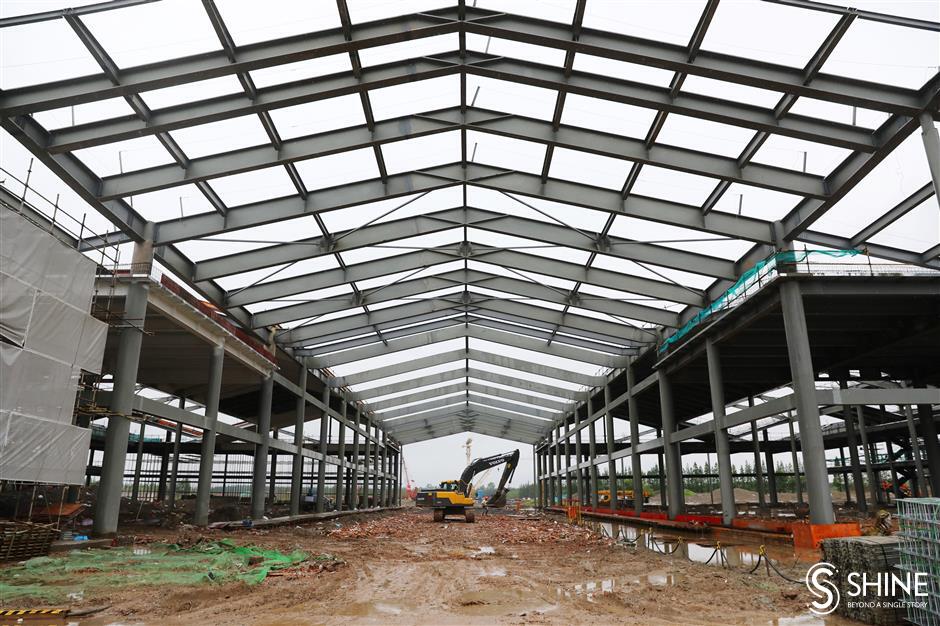 The construction site of the Fuxing Pavilion, the major venue of the expo.

More than 1,700 irregularities concerning the environment around the venue of the 10th China Flower Expo, to be held in May next year on Chongming Island, have been rectified, authorities said on Wednesday.

A total of 1,883 irregularities were spotted during inspections earlier this year in preparation for the expo, and 1,704 have been dealt with, the bureau said.

By the end of July, the remaining irregularities will be eliminated, according to the bureau.

"The aim is to create a top-class environment for the expo. Technology will provide support for accurate law enforcement," said Xu. 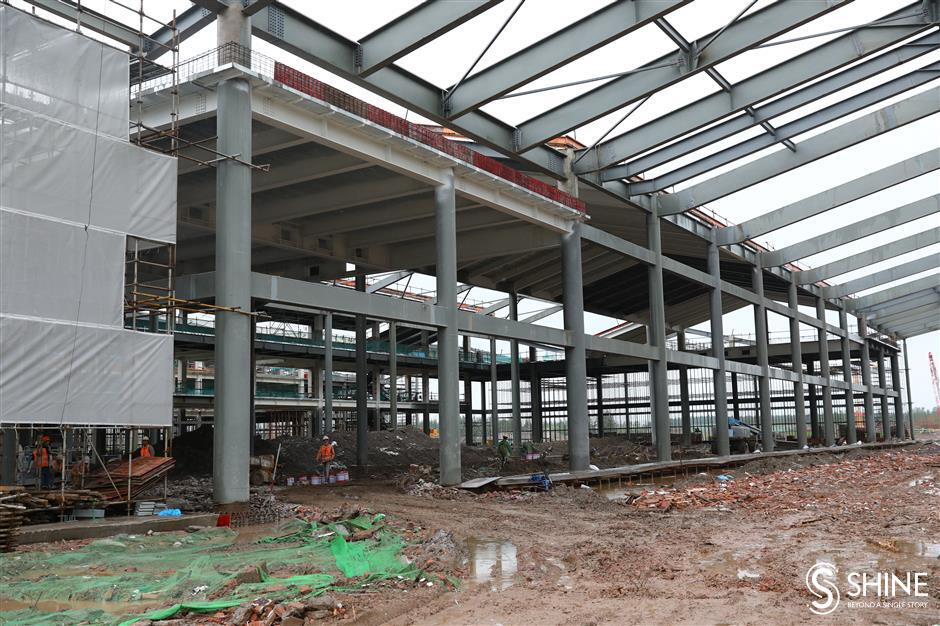 The construction site of the Fuxing Pavilion. 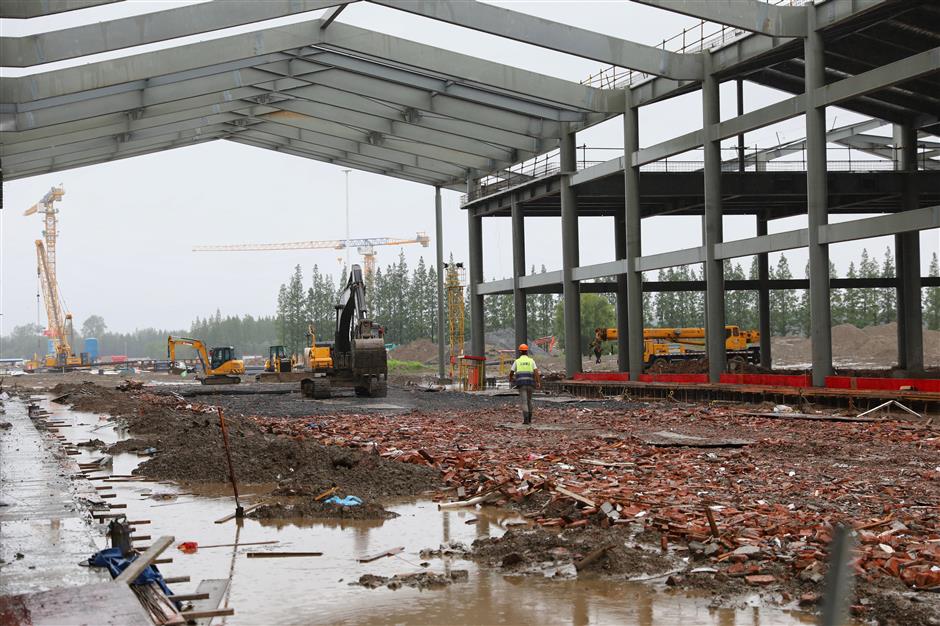 "We maintain regular patrols to prevent any illegal construction which may hinder progress and make sure that the environment is kept clean and orderly throughout," said Tao.

The urban management team has made full use of modern technology, such as drones for regular site inspections and uploading real-time images and videos to the city's intelligent urban management platform, said Tao.

"We impose high standards and strict requirements with the determination to achieve the goal of 'beautiful flowers, and impeccable construction' as well," he said.

The Fuxing Pavilion, the main venue of the expo, is currently 40 percent complete and is expected to be handed over by December 28.

A campaign aimed at lifting the environment of the whole district ahead of the expo is also being conducted, targeting 98 streets and 5,818 locations, and a crackdown is expected to be completed before November, Chongming's urban management and law enforcement authorities said.

Transport hubs, tourist attractions and major streets in the district are the priority of law enforcement, the bureau said.

The city's urban management and law enforcement authorities hosted a public event on Wednesday, aimed to create a platform for communication between residents and urban management inspectors.