The workstation, outside the hospital in the Pudong New Area, consists of two containers with air-conditioning.

One container is for taking samples.

The other one is for fees and blood collection.

Physical contact between staff and people needing to be tested is reduced.

Ultraviolet lamps are to be installed for disinfection, the hospital said.

The hospital said the workstation is divided into three rooms. Two are for medical staff disinfecting before entering or leaving and the other is for taking samples.

Four tents beside the workstation provide shelter for people waiting to be tested.

The demand for testing is on the rise as Shanghai gradually returns to normal.

Before the workstation opened, the hospital had been testing an average of 500 people a day with over a thousand on some days. All the testing was done in tents. 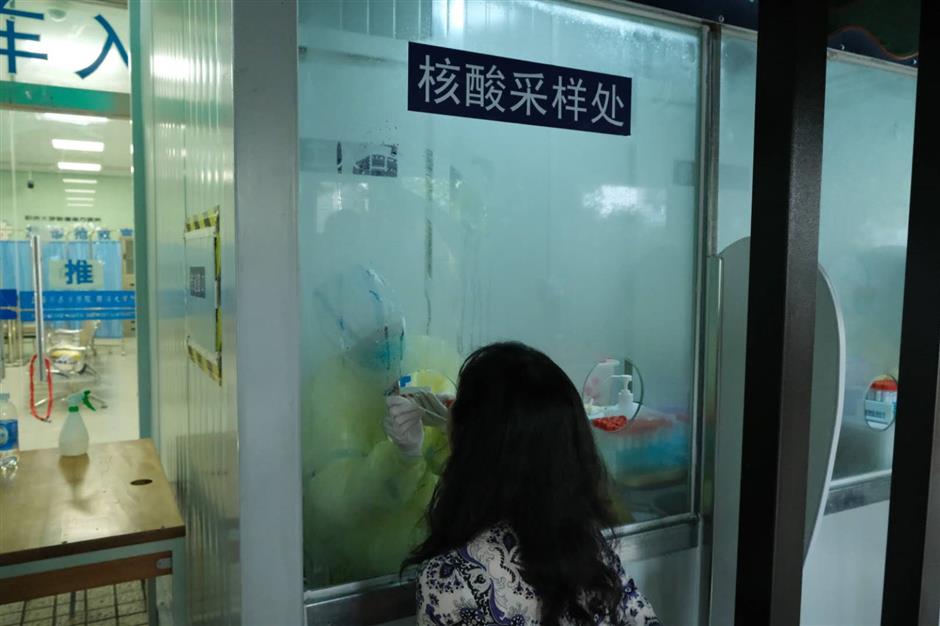