People's Square, the Bund are top places to experience nightlife 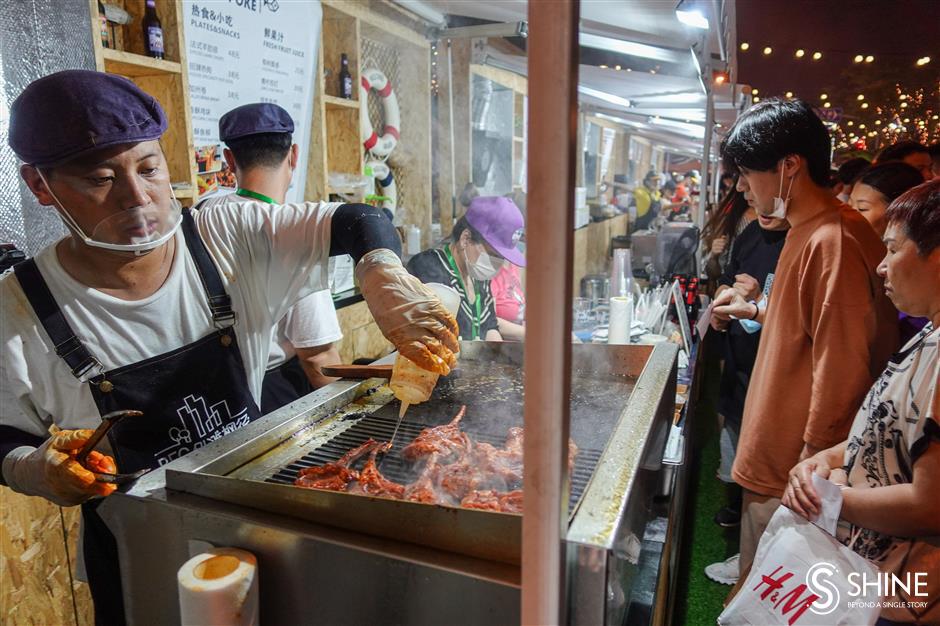 People's Square and the Bund are the city's most dynamic nightlife venues, followed by Xintiandi, Jing'an Temple, Nanjing Road W. and Xujiahui.

Shanghai's retail consumption has largely recovered from the impact of the novel coronavirus outbreak and has received a boost thanks to the city's Double Six Nightlife Festival that began on June 6.

In Huangpu District alone, which has the largest number of night markets,  total retail sales increased by 3.27 percent to more than 12 billion yuan (US$1.7 billion) in June, according to a forum in Huangpu on the nightlife economy and innovation held on Friday.

Other popular nightlife destinations include the Yuyuan Garden Malls and the Shiliupu Wharf, Shaanxi Road S., Wujiaochang, Tianzifang and the Century Avenue in Pudong, according to a survey released at the forum.

Huangpu has lead other downtown districts to develop more than 30 major nightlife markets across the city during the festival. A large number of malls, restaurants, convenience stores and pubs have extended their operations till midnight. Most are based in Huangpu.

"Future night markets in the city should develop unique features to stand out from others," said Yang Dongsheng, deputy director of Huangpu and the district's "nightlife director."

"The city needs more variety rather than merely increasing the number of nightlife venues," he added. 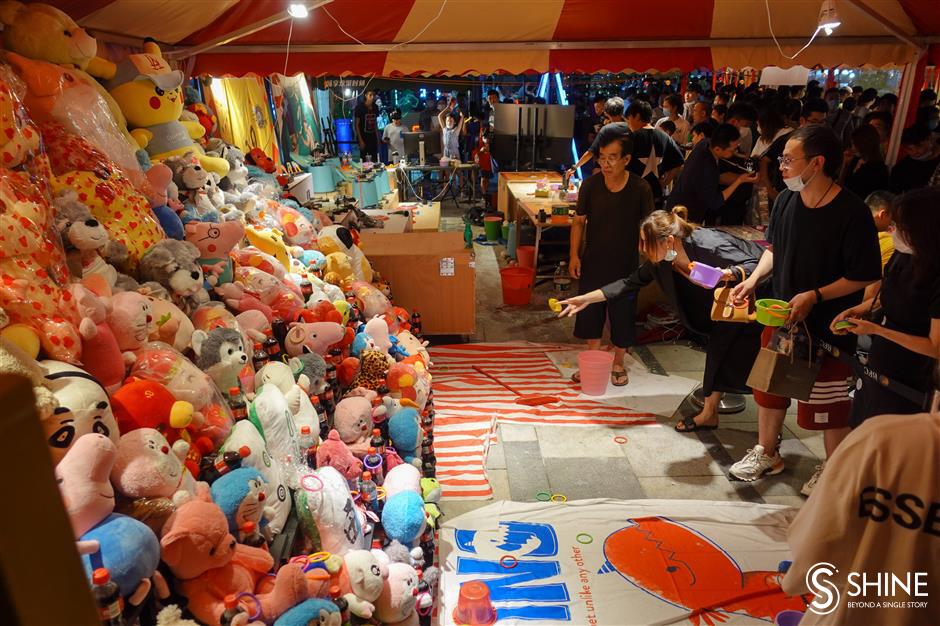 Many "characteristic" night markets have been developed in Huangpu.

Found 158 has more than 20 international bars and music clubs, while Xintiandi focuses on the combination of fashion and the city's unique shikumen, or stone-gate, architecture, Yang told the forum.

Thanks to the nightlife campaign, total sales at Sinan Mansions, which features dozens of well-preserved historical villas and former residences of celebrities, have increased by 45 percent on year. The number of visitors increased by 70 percent in June compared with that in May.

The Bund Finance Center (BFC), where the Bund Fengjing Market is held every weekend, has seen both visitors and business volumes more than double the previous year.

The daily average sales at the Yuyuan Garden Malls, the dining and shopping facilities near the historic garden, have increased by 20 percent in June month on month.

A series of art performances were held at Xintiandi between June 18 and 27, which brought 73 percent more visitors to the landmark site.

In the next stage, Huangpu plans to enhance connections between its most popular nightlife markets. The Yuyuan Garden Malls and BFC, for example, will offer a blend of history and modern shopping.

Xintiandi will cooperate with Found 158 and Sinan Mansions to host more activities in the neighboring backstreets, according to the Huangpu government. 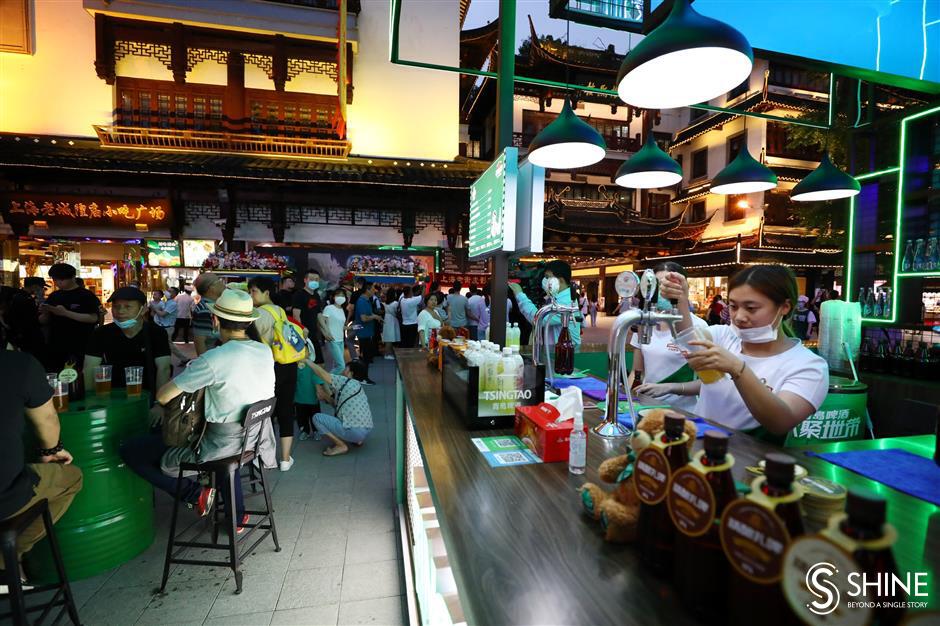 An outdoors pub at the Yuyuan Garden Malls. 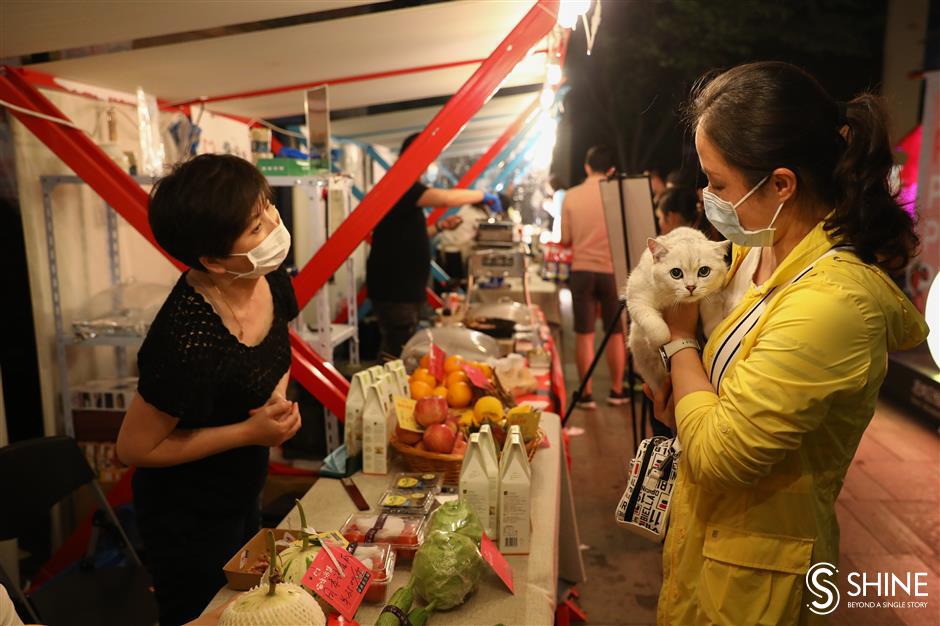 A visitor takes her cat to a night market at Sinan Mansions.