Best of countryside's summer fruit on sale in city parks 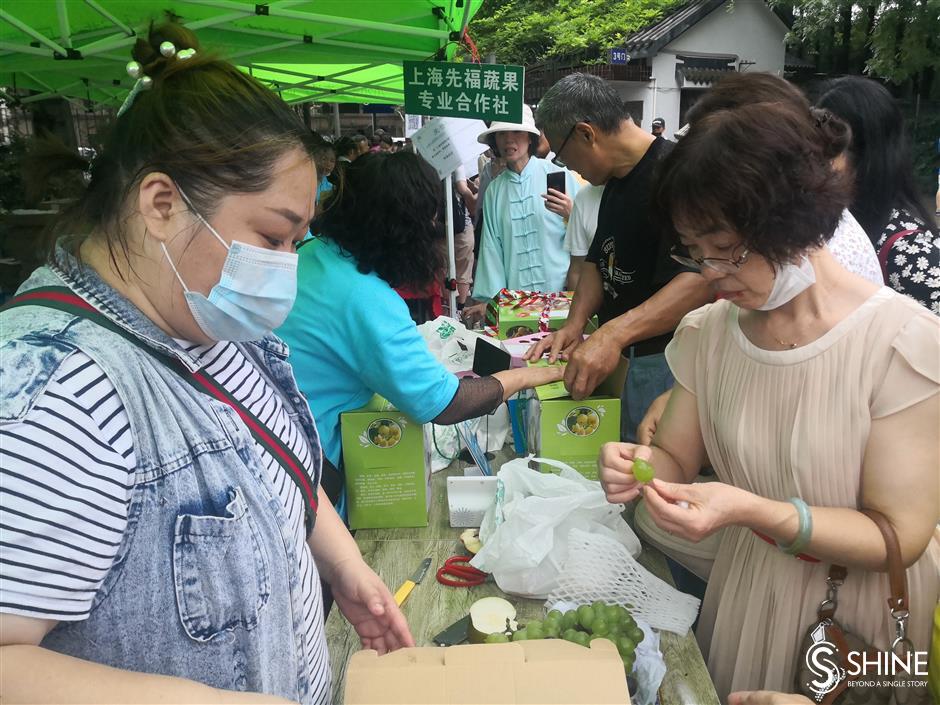 Residents taste grapes at the Shanghai Botanical Garden on Saturday. 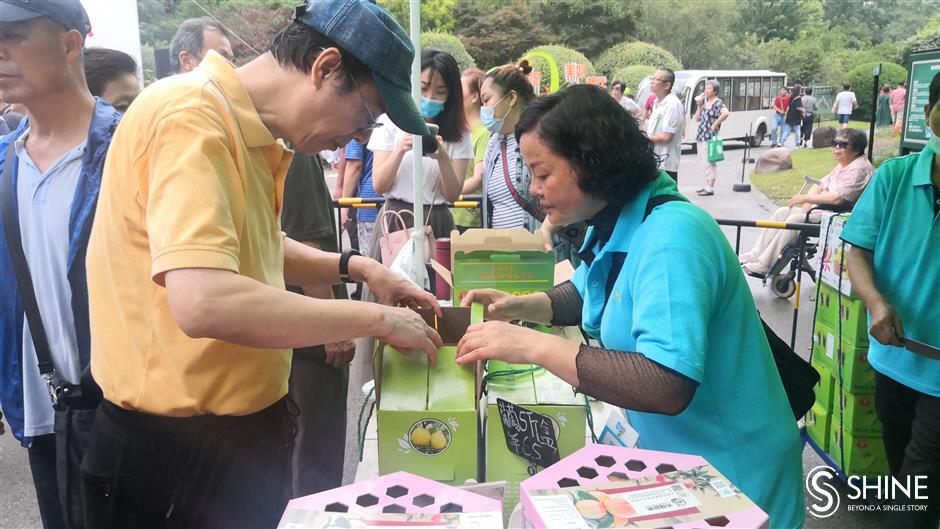 Boxes of pears are also popular.

Fresh summer fruits from the city's countryside are available at five city parks from Saturday.

The fruits on sale at city parks include sweet and succulent Malu grapes, as well as Songjiang pears and peaches from Nanhui, Jinshan and Fengxian. They are delivered directly to the parks on the day of their picking to ensure maximum freshness, the Shanghai Greenery and Public Sanitation Bureau said.

The fruits will be available at Yangpu Park, Changfeng Park, Luxun Park, Shanghai Botanical Garden and Zhabei Park for one month. The markets will not go ahead if weather is bad.

At the Shanghai Botanical Garden in Xuhui District, fruit stalls were packed with residents on Saturday morning.

"The sales start from 7am but some residents came as early as 6:30am," said Yang Kaihao, a fruit farmer in Fengxian District.

"In two hours, 200 boxes of grapes, pears and peaches have been sold and all the peaches we prepared for today's sales were sold out," said Yang. "We are asking for more fruit from our cooperative."

Chen Rongping, a retiree who was buying grapes at the botanical garden, said: "I buy fruit at city parks every summer because their quality is guaranteed. They taste sweet." 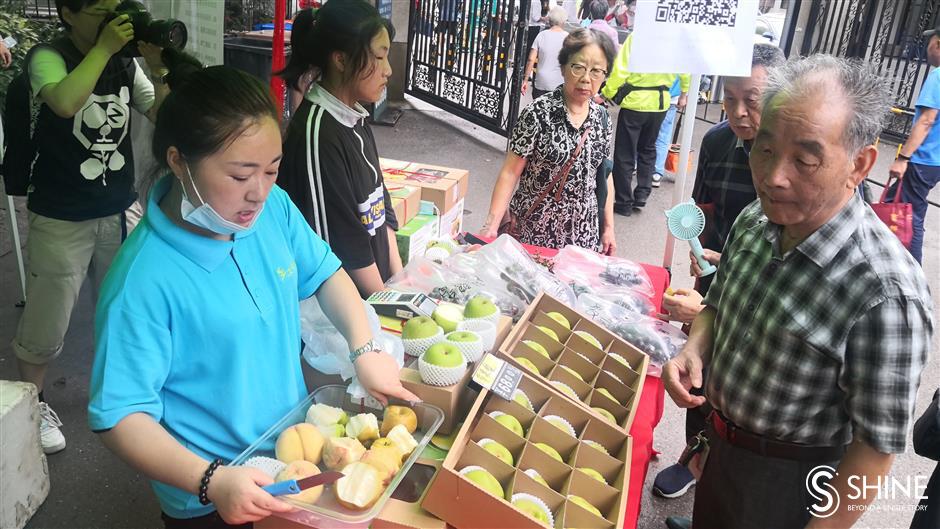 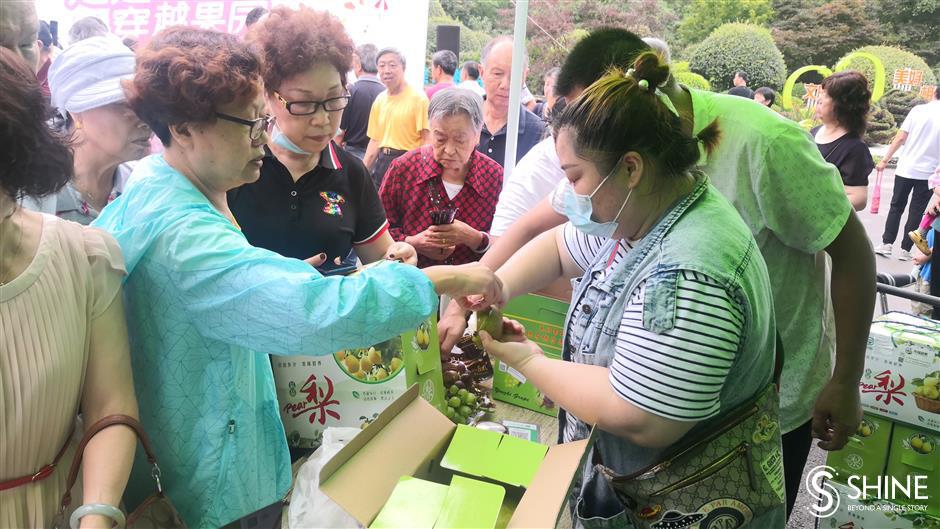 Fruit is marketed annually in downtown locations to promote local produce and increase the income of growers, the bureau said.

During the month, various activities such as tours of orchards in the city's suburbs and fruit promotion webcasts will be hosted.

Five fruit-picking routes will be released by greenery authorities, and a list of the most popular orchards in the city will be announced based on public voting.

"The extremely long plum rain season this year cut the annual yield of peaches by about one-third," said Yang Chufeng, director of the Shanghai Forestry Station affiliated to the bureau.

It also affected the sweetness of the fruit. However, if the weather is sunny for three consecutive days later yields of fruit will be sweeter.

"We have made a lot of adjustments of fruit varieties in recent years to expand varieties and extend the tasting time with the introduction of late ripening varieties," said Yang. "For example, grapes are available in the city from late May to November now.

"Facility construction at orchards such as greenhouses has also been beefed up to counter the impact of bad weather and ensure the quality of fruits."

The humid weather will also affect the appearance of tangerines, Yang added.

Shanghai has 83 orchards accredited for excellence in safety and quality based on criteria such as environment, planting processes, and test results of fruit. A wide variety of fruit like peach, pear, grape, tangerine, blueberry, and kiwi fruit are grown.

A fruit-tracking system has been established in the city, allowing consumers to access information such as fruit quality levels and producers by scanning a QR code on the packages of fruit.

More than 100 fruit brands have been registered in the city, and seven fruit research institutes have been established, according to the bureau.