Lujiazui lights up at night with outdoor dining and entertainment 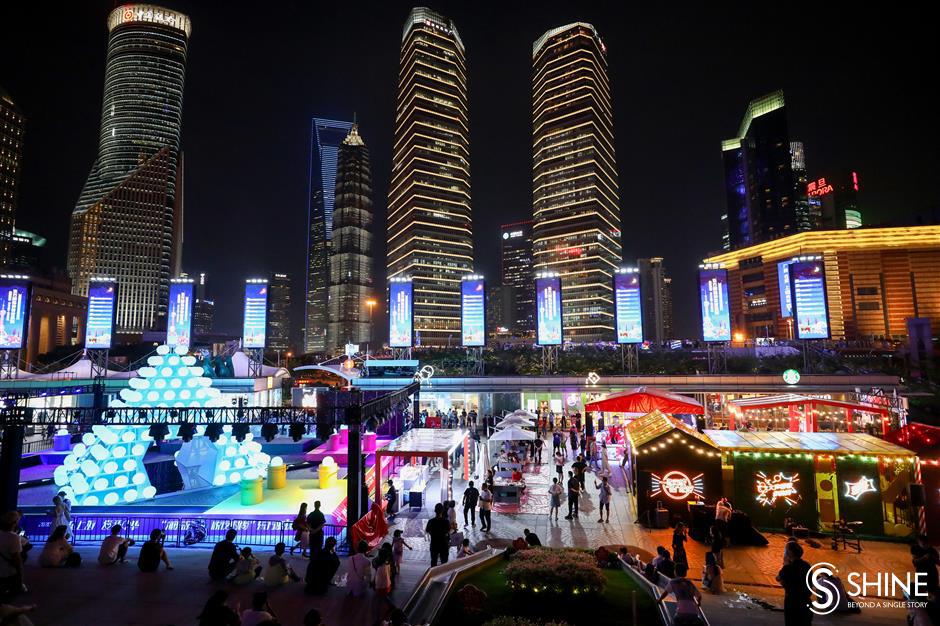 The Oriental Pearl Tower is hosting an outdoor night fair through August. 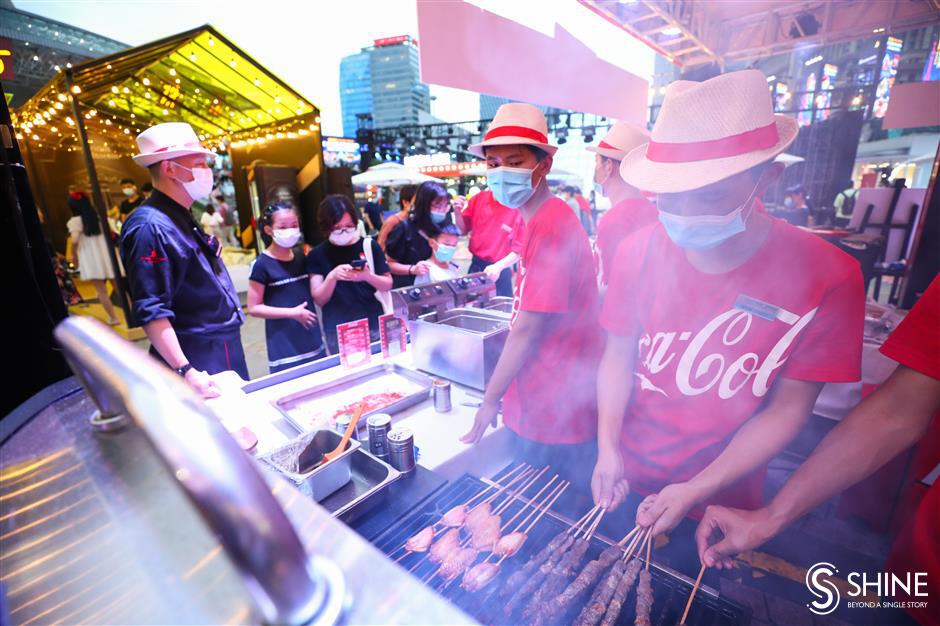 Barbecued meat on skewers is popular.

For lovers of the nightlife, the Oriental Pearl Tower has become a new hangout.

Until August 25, a variety of activities are offered from 6pm to10pm every day, bringing life to the tower at night.

People can also take part in interactive games or drive electric karts in the city’s one and only downtown outdoor karting experience center, while enjoying the beautiful Lujiazui skyline.

In the hall of the tower, a free three-multimedia circular dome projection show is staged three times every night. Comprised of 30 high power projectors, it covers 2,200 square meters and displays the city’s historical changes.

People can also have a night experience at the Shanghai History Museum to better understand the city’s history from the late Yuan Dynasty (1271-1368) to 1949, before Shanghai was liberated.

As one of Pudong’s nightlife demonstration zones, the Oriental Pearl TV Tower features both a local flavor and international lifestyle, which is the epitome of Shanghai, according to Huang Jin, vice president of the Shanghai Oriental Pearl New Media Co.

“More than just observation desks, the tower also acts as the living room of the city,” Huang said. “We hope any shopping mall will shine both in daytime and at night.”

“As you can see, Pudong’s nightlife economy has extended from the riverside areas to major commercial zones and communities,” said Wu Jun, deputy director of the Pudong Commerce Commission. “We aim for enthusiasm and consumption.”

According to Times Square, its revenues have increased 180 to 200 percent from what was achieved before the novel coronavirus outbreak. A variety of nightlife activities, including barbecue and cocktail parties have been popular.

The Shanghai Village, featuring European-style structures and beautiful riverside scenes, has turned itself to the Bund of Pudong.

Open-air cinema, riverside yoga and street art light up the night, and boost local consumption, with revenues from January to June seeing a year-on-year increase of 10 percent. 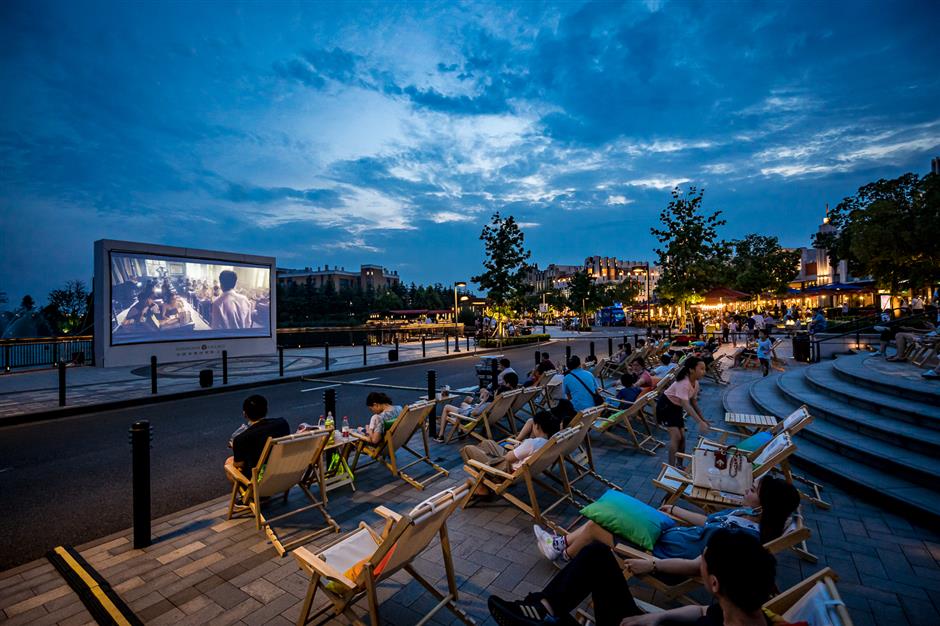 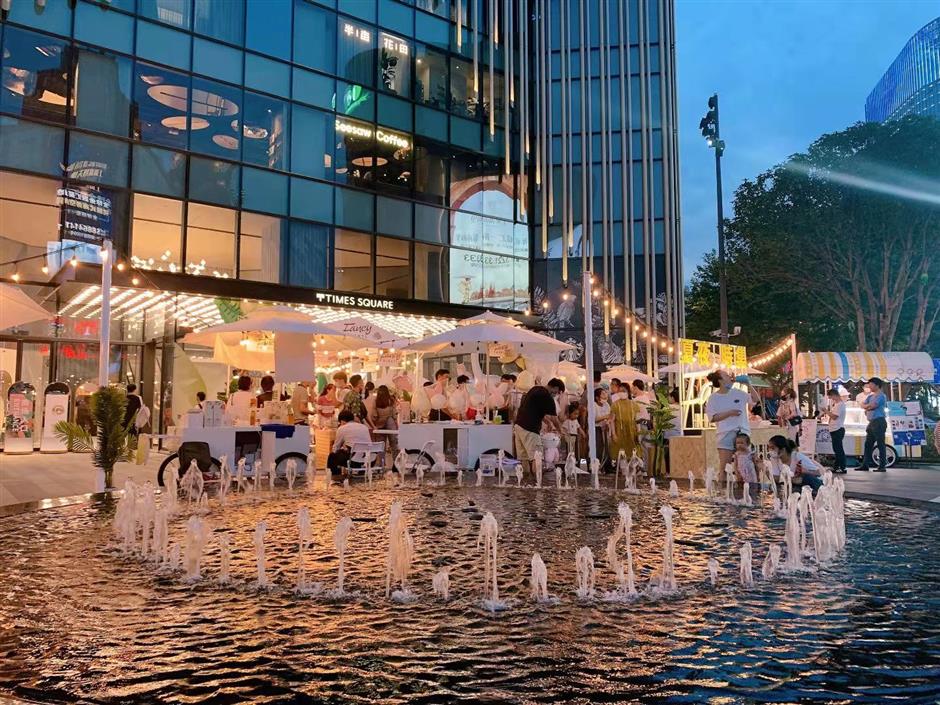 A night fair outside Times Square in Pudong.