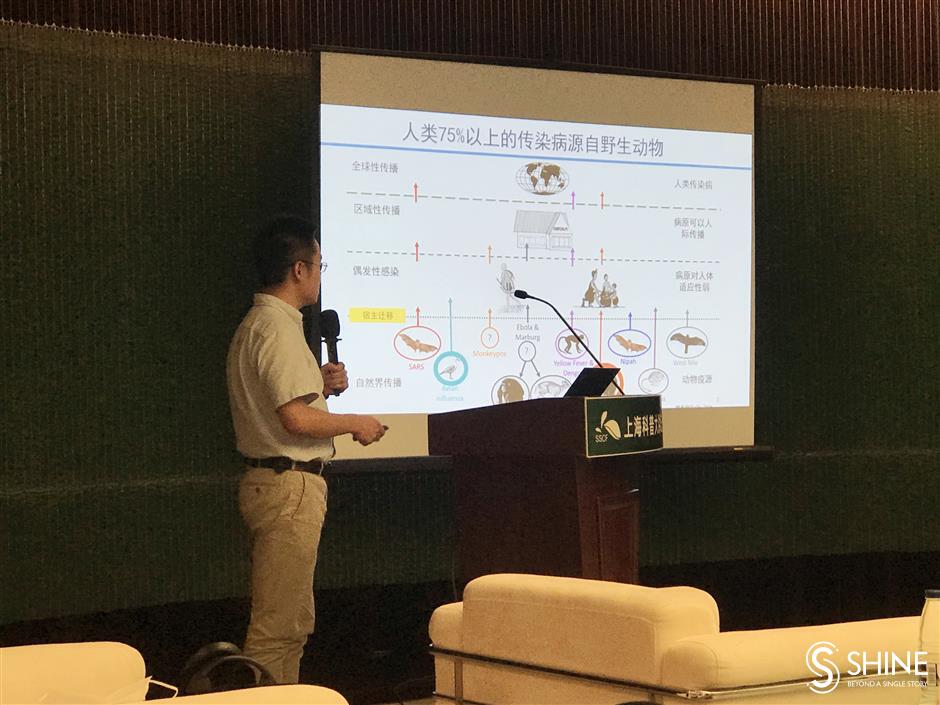 More than 75 percent of known infectious diseases in humans originate in wildlife, an expert giving an online lecture organized by the Shanghai Science and Technology Museum has revealed.

People can become infected with diseases such as SARS, Ebola and Nipah by direct contact with wildlife or indirectly through infected pets or contaminated food, according to Wang Zhenghuan, professor at the School of Life Sciences of East China Normal University.

Once viruses enter the human population, they will sicken and kill some while evolving to coexistence in others.

Due to modern transportation, viruses are quickly spread across the world.

Yet it would be foolish and simplistic to destroy wildlife habitats or ruin ecosystems in an attempt to destroy these diseases.

For example, every year, millions of migratory birds arrive at the Dongtan Wetland of Chongming Island as stopover point or wintering ground.

They help to create a good ecosystem, yet pose risks of bird flu.

As a precaution, researchers have built a monitoring platform, not only for observation but to prevent illegal hunting.